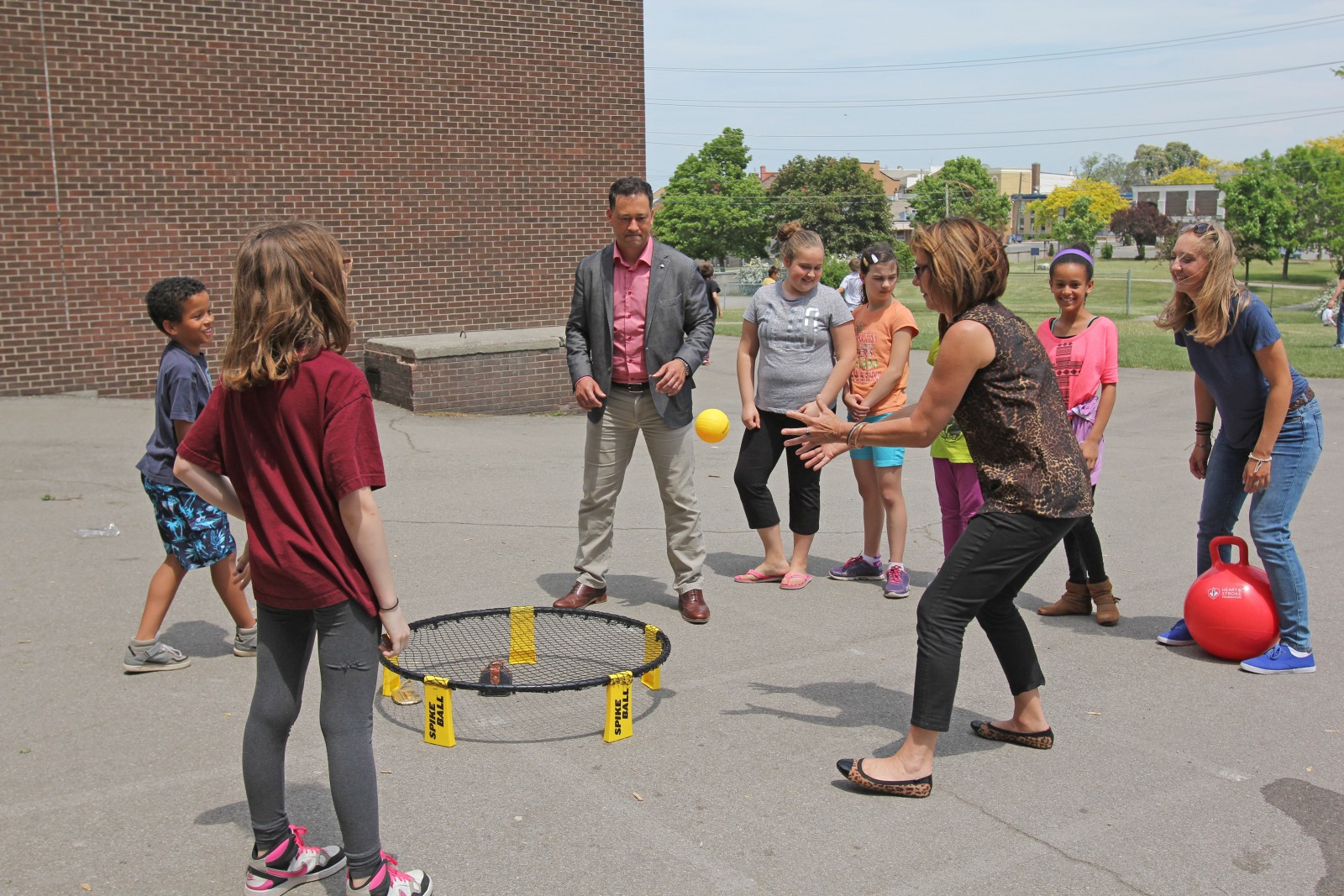 Representatives from Canadian Tire Jumpstart got in touch with their inner children Monday when they visited Prince of Wales School in Thorold.

Dave DiFelice, Jumpstart ambassador and vice-president of customer service and operations at Canadian Tire Financial Services in Welland, and executive assistant Nancy Cameron were at the school to see and experience the Recess Project in action. Caroline Macdonald, educator and regional co-ordinator of the Recess Project, gives Nancy Cameron and Dave DiFelice of Canadian Tire Jumpstart a rundown of everything students do and learn during organized recess activities at Prince of Wales School in Thorold.

Canadian Tire Jumpstart has contributed $230,000 over four years to the Recess Project, which was started by Lauren McNamara, a child and youth studies professor whose goal is to make recess more fun and inclusive for children.

DiFelice and Cameron toured the school, learned about the activities and clubs that have started since the Recess Project came to Prince of Wales, and played a game of spike ball with students.

McNamara’s project has provided students at five Niagara schools and two Hamilton schools with recess time programming, resulting in greater feelings of acceptance among their peers and better performance in class.

McNamara has been running it with the help of her students and teachers at the schools for the past four years. On the blackboard in the Recess Project classroom at Prince of Wales School where students participate in and lead organized recess activities.