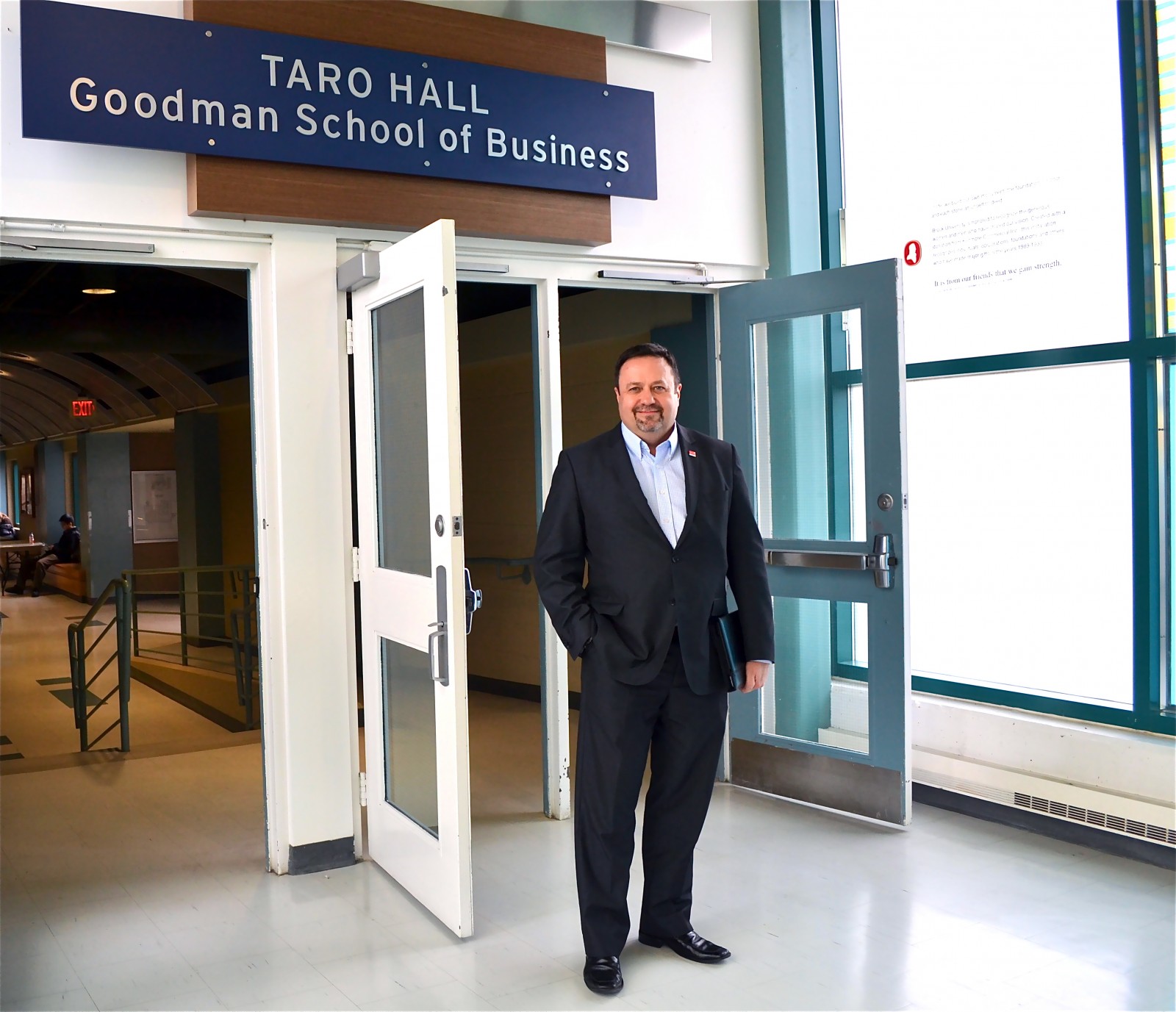 Now that the Ontario government has pledged $10-million toward a new home for the Goodman School of Business, construction should begin by the summer of 2016, with completion expected sometime in 2018.

Once the project has been approved, a period of design work will produce detailed plans. Then contract bids will be invited, reviewed and selected before shovels go into the ground.

The effort to build a better home for the Goodman School succeeded in part because the University scaled back an initial proposal that envisioned a more costly stand-alone building. Given Ontario’s economic downturn, Brock came up instead with a plan to improve its current home in Taro Hall, through major renovations and additions.

The government responded with its announcement in the April 23 budget. That decision to invest $10-million in a project expected to cost about $23-million means the University can acquire an important asset without incurring debt. Another major piece of the cost will be paid by former Brock Chancellor Ned Goodman, part of his transformational gift to the University in 2012. Brock will still need to seek some funding from private sources, but will not borrow to complete the project.

The project adds more than 27,000 square feet of new space, improves existing space and lets Goodman enrol a further 200 students, most of them from outside of Niagara.

The province’s money was crucial because government funding was a condition to be met before the Goodman money could be used on a building. Lightstone said St. Catharines MPP Jim Bradley saw the public-private partnership as a good deal for the province and for Niagara, and backed the proposal at Queen’s Park.

“This is a story of good faith negotiating by both sides,” said Lightstone. “What it shows is that, when we can be creative and take account of the government realities, the government, too, will come to the table. They saw the opportunity to leverage private money for this important public asset.”

Don Cyr, Dean of the Goodman School, said the additional facilities will let Goodman expand important operations that touch and bolster the local economy, including outreach and support to Niagara businesses and non-profits.

“The additional space will also allow for needed collaborative and team building learning environments that will enable students to develop the skills that help foster innovation and entrepreneurship,” said Cyr.

“Also, new business education programming is underway that prepares students for careers in a global economy. Business students at Brock increasingly recognize that the Niagara region provides for a high quality of life in which to start their careers, and there’s a growing interest in entrepreneurship fostered by the Goodman School’s business incubator BioLinc.”

John Suk, Chair of Brock’s Board of Trustees, said the government’s decision is good for students and the broader community.

“The Goodman School of Business is an important contributor to Niagara and beyond in developing tomorrow’s business leaders,” said Suk. “The investment from the province combined with the generous donation from Mr. Goodman enables Brock to provide students with an excellent learning environment. “