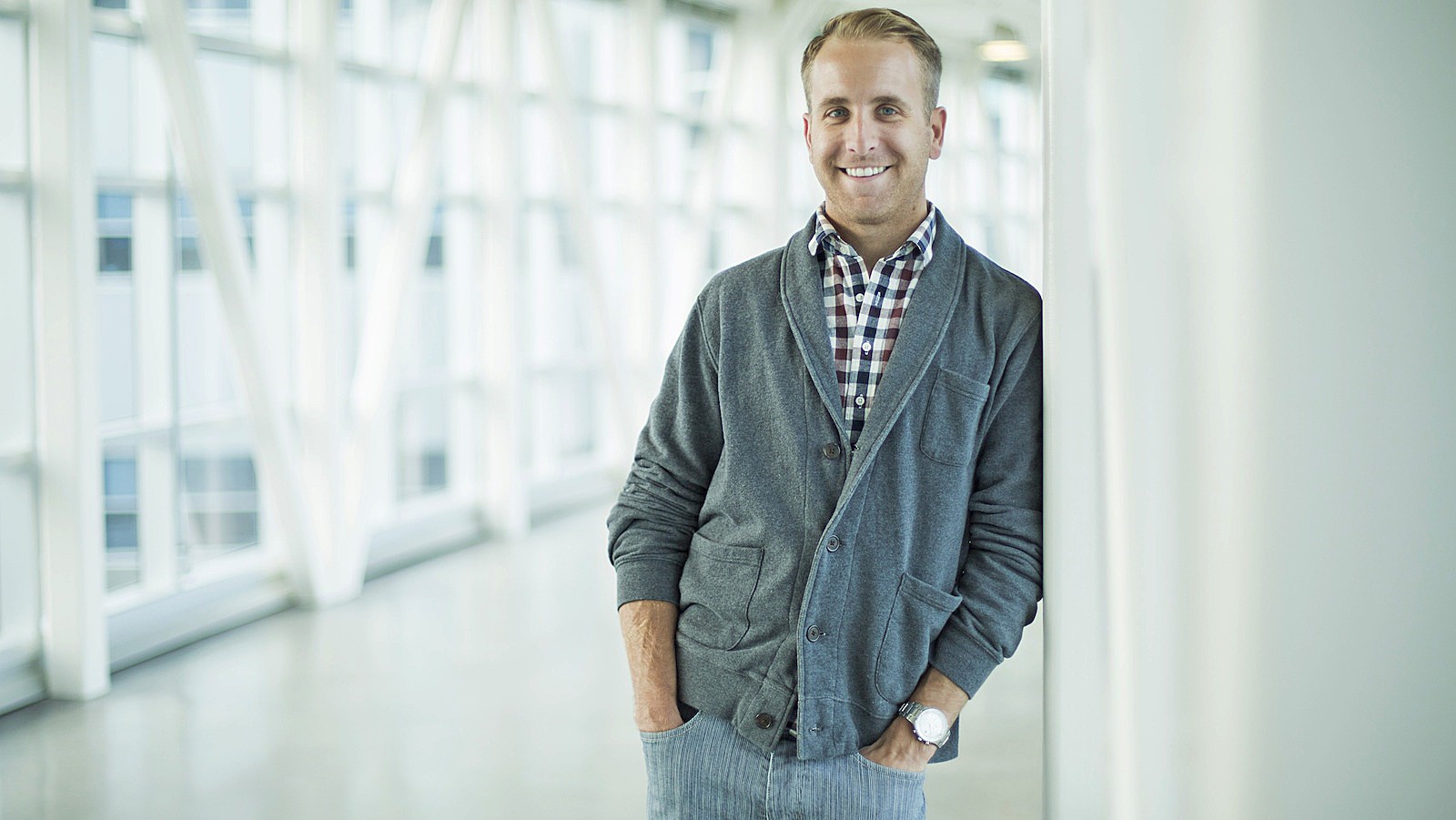 When he was accepted into Brock’s Sport Management program, Greg Plata (BSM ’08) figured he would be more Jerry Maguire than Jerry Bruckheimer.

Plata wanted to be a sports agent or an executive with a professional sports team, but a series of events led him to another passion – marketing.

It took Plata behind the camera, and his crowning achievement – so far – came a year ago when WestJet’s touching ‘Christmas Miracle’ campaign went viral.

“I was always interested in marketing, but don’t get me wrong, aspirations going into year one of Sport Management were pipedreams of becoming an agent or working in the front office of a professional sports team,” said Plata, who was recently named one of Canada’s top 30 under 30 by Marketing Magazine.

The 28-year-old from Burlington started to veer toward marketing during his second and third years at Brock.

Plata worked with the National Collegiate Athletic Association (NCAA) through a student volunteer program created by SPMA alumnus Scott McRoberts (BSM ’02, MA ’04), which was the turning point in his career.

The experience shifted Plata’s focus to events, which later transformed into mixing live events into the digital world via experiential marketing.

“This approach is now evolving into branded content, where we as marketers and storytellers look to create, capture and share the live event experience,” Plata said.

Few have been as touching as the ‘WestJet Christmas Miracle: real-time giving.’

Prior to their flights to Calgary last November, more than 250 passengers on two flights were asked what they wanted for Christmas.

Answers ranged from an android tablet to a big screen TV to Santa boots to Doc McStuffins dolls.

Unbeknownst to the passengers, 175 WestJet volunteers were frantically fulfilling their wish list, and the gifts were waiting for them upon their arrival in Calgary.

It won two bronze Cannes Lions at the world’s biggest annual awards show and festival for professionals in the creative communications industry.

“I would be lying if we said we expected anything close to the results we achieved,” Plata said. “Our team went into this planning for the effect, not the results.
“We knew we had a great story, we just didn’t know how it would resonate with the rest of the digital world. We had a plan to get our message into the market, but in the world of viral and branded content there is only so much you can plan for. Part of that planning is ensuring you have a great team in place, and between our WestJetters, the production team at studio m, and our PR partners at Mosaic, we were ready to take on anything.”

WestJet knew what to expect from Plata when it hired him in 2011 and promoted him in 2012 from sponsorship co-ordinator to team lead, while also creating an experiential marketing department.

That creativity – using both sides of his brain – started at Brock.

“It may sound cliché, but by far the people and the relationships created throughout the four years, from professors to classmates to friends – many of whom are now industry colleagues, clients and most importantly still friends,” Plata said when asked what stood out about his time at Brock. “Also, the opportunities our professors were able to create for us, from conferences, to volunteer opportunities with major events, this kind of access to industry experts was invaluable as we prepared to transition from the classroom to our careers.”

Plata’s advice to current Brock students is simple – get involved.

“Volunteer, get out in the community, and get as much experience as possible,” he said. “Theory is half the battle. Put it into practice. Networking is one of my favourite pastimes, whether it’s in the classroom, on-site at an event, or over a few pints at the pub. Create and surround yourself with an ever-growing network of friends, colleagues and classmates. You can’t do it on your own.”

Plata has another initiative in the works this Christmas that uses storytelling to combine experiential marketing with socially-minded content.