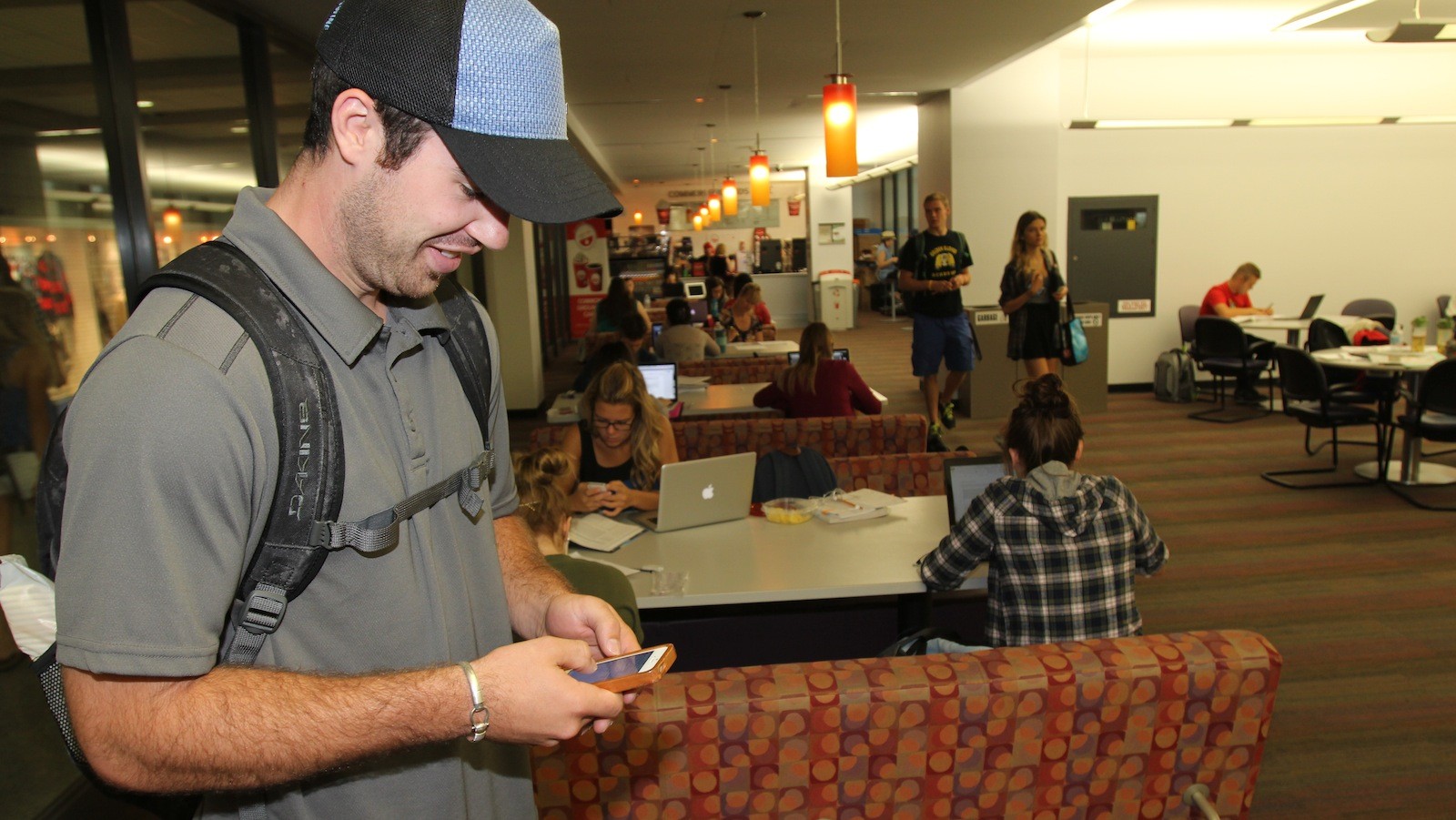 Brock students and staff using the Internet, wireless, portal, Sakai, and applications within their Faculties should already notice a positive difference.

Brock’s IT departments have created a computing platform to enhance the University community’s experience when computing on campus or remotely interacting with Brock’s applications.

Partnering with some of the industry’s biggest players like Microsoft, Linux, Cisco, Aruba and NetApp, the new private cloud computing technology centre is expected to improve performance, security, continuity of service, and flexibility.

IT started the build in early 2014 by increasing Brock’s Internet bandwidth and identifying and removing bottlenecks within the campus network. Sergio Sartor, Brock’s director of IT infrastructure, said changes were needed to revamp the computing capabilities at Brock and prepare it for the demands of the students.

“Of particular concern was the failing infrastructure around our course registration platform, which just couldn’t keep up with increased demand,” Sartor said.

Registration was much better this year on the new platform that was able to handle a greater load of users. Building the new system included migrating over 200 physical University applications to cloud-type virtualized servers. Many of these required upgrades or changes in architecture.

Students and staff using the Internet, wireless, portal, Sakai, and applications within their Faculties should already notice a difference. Data centre network speed is now 10GB/s – 10-times faster than previously.

Brock now has 1000mb of Internet connectivity. By comparison, typical home packages are 5-20mb. Bandwidth consumption has grown exponentially and the trend is expected to continue as applications become richer with more data and video presented.
Brock’s IT department manages over 1000 wireless access points, and the newest generation being deployed are AC capable, which is the fastest wireless speed available.

During one test last year, Market Hall had 966 devices connected to six access points, which equates to more than 160 devices per access point. There are now 18 higher capacity access points in the Market. Thistle Complex now has 14 access points – up from two before the upgrades.

Prior to the expansion, “The experience those users were having was subpar,” Sartor said. “They were losing connectivity, they might have been watching a video and it was pausing or they wouldn’t be able to do Skype or those rich content types of things that facilitate collaboration.

“We’re no longer focused on firefighting the problem of the day. We can focus on implementing more things for the University and driving solutions.”