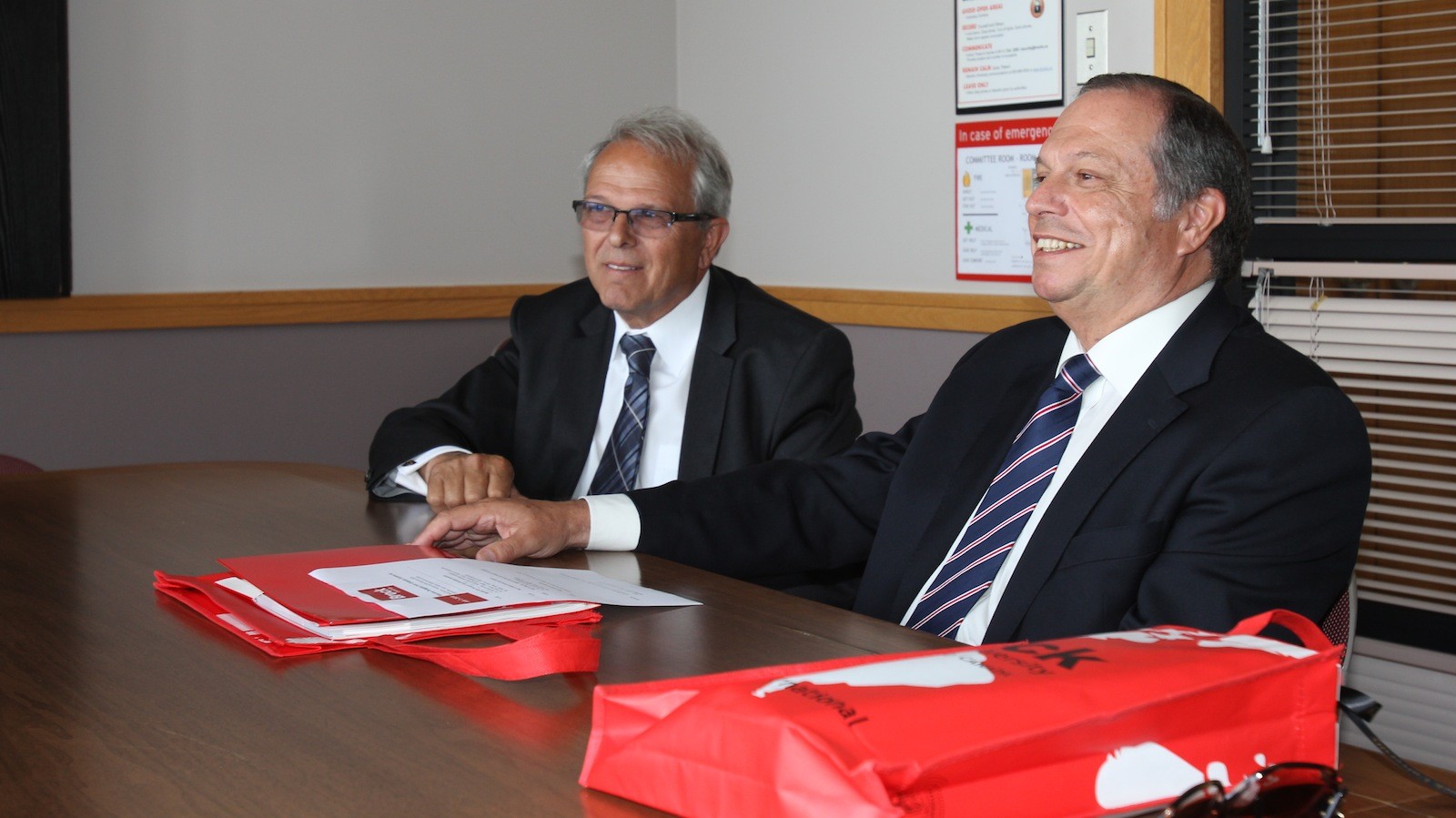 Brock University’s partnership with the University of the Azores took another step forward this week when delegates from the autonomous region of Portugal visited the St. Catharines campus.

César served as president from 1996-2012 and is currently a senior advisor of Globestar Systems Europe, which is a branch of Tavares’ company.

Both César and Tavares have very strong ties to the Portuguese/Azorean community in Canada, especially in Toronto where there is a much larger community. Tavares’ company was also the provider of Brock’s current state-of-the-art Emergency Management Systems.

It was nearly a year ago when Brock formalized an agreement of cooperation with the University of the Azores, with an interest in building on collaborative research activities and exploring the possibility for other forms of mobility, for students and faculty.

“It helps us to diversify,” said Sheila Young, Brock International director. “We would like to continue having Azorean students here participating at Brock as well as have our students broadening their horizons by participating there.”

Academics from the University of the Azores have previously visited Brock. Conversely, a number of Brock faculty from Social Sciences, Education and Humanities participated in the International Conference on Storytelling: Interdisciplinary and Intercultural Perspectives, organized by Blayer in the Azores in 2005.

Monday’s visit, which included meeting with University Provost Neil McCartney and touring BioLinc at Brock, led to further understanding of possibilities and discussion around concrete areas in which Brock and the University of Azores might share expertise and collaborate on projects leading to exchange and mobility opportunities for students and faculty.

Blayer, together with other academics of Portuguese descent from Canada and the United States, was the recipient of the prestigious Award of Merit bestowed on her by the Regional Assembly in June 2009.