From Brock to Brazil: Fletcher ready for World Cup 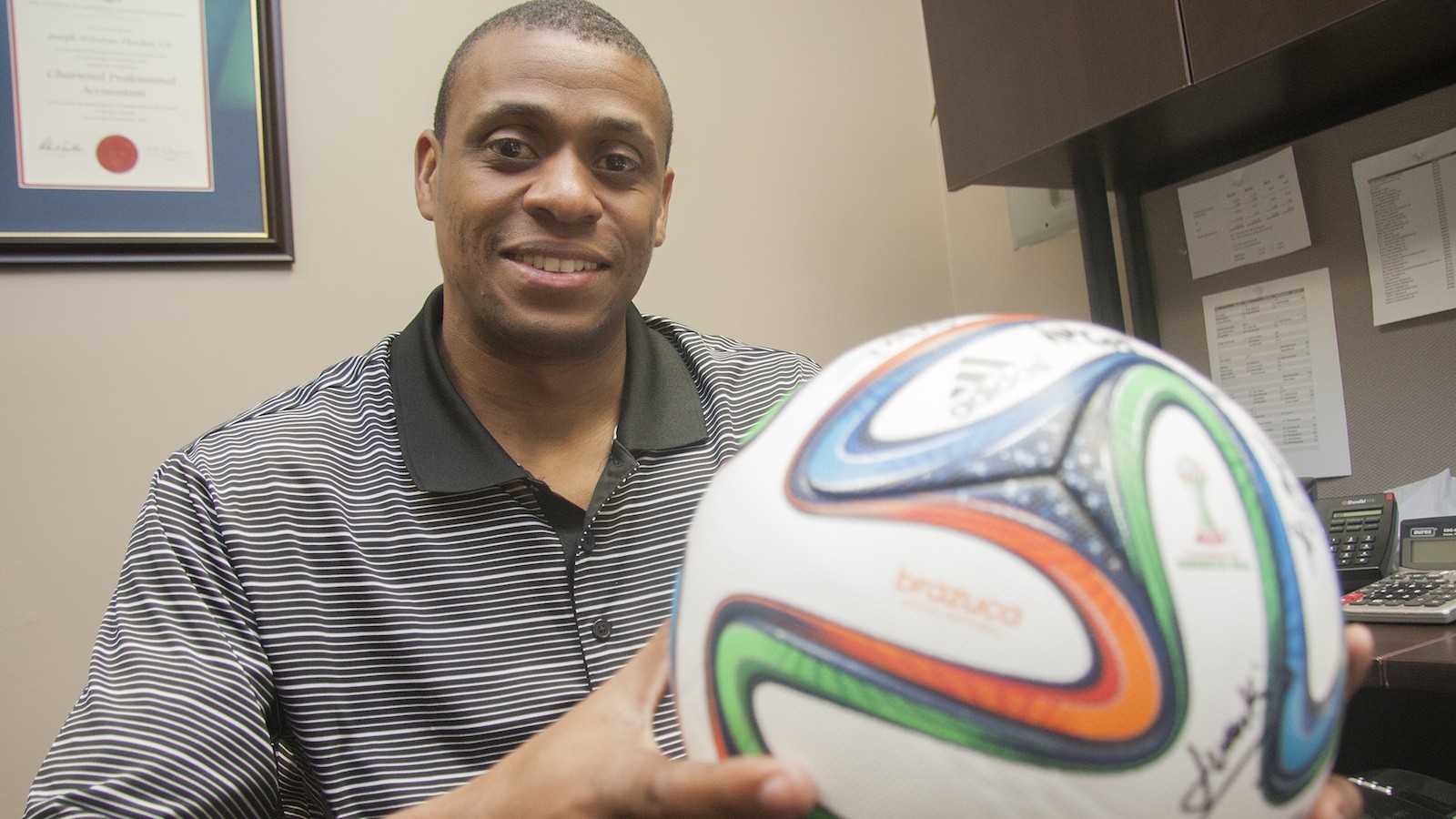 Brock University grad Joe Fletcher, 38, will be the only Canadian making up the 25 referee teams in Rio de Janeiro for the FIFA World Cup.

As a teen, refereeing house league soccer in Niagara was a quick way to make an extra buck.

Now, it’s become much more than that for Brock University Goodman co-op grad Joe Fletcher (BAcc ’00), who is preparing for his most-high profile gig on the pitch – being an assistant referee at the FIFA World Cup, one of the biggest sporting events in the world, which begins Thursday at 4 p.m. when Croatia takes on host Brazil.

Fletcher, now a 38-year-old family man and chartered accountant at St. Catharines’ Wormald Masse Keen Lopinski LLP, will be the only Canadian making up the 25 referee teams in Rio de Janeiro.

“It won’t feel real until the first time I step onto the field, because this is as good as it gets,” Fletcher says. “But I’ll settle in quickly because I know I have a tournament to work.”

And when it’s all said and done, Fletcher will take off his cleats and referee uniform for loafers and dress shirts when he returns to his firm in July. It’s a balancing act he says he’s learned to manage going back to his Brock days.

Aside from studying, Fletcher played for the varsity volleyball team and was a recurring member of the Student Welcoming and Awareness Team.

“It was a way to give back and help students on their first day not feel like a number. (Being on SWAT) was an excuse to go up and be nice to someone who may look lost,” Fletcher says. “That’s definitely helped me get to where I am now. It’s character building.”

Fletcher grew up in Niagara Falls and fell in love with soccer. When he was told he could make $9 a game officiating minor soccer, he started to take on more games. Eventually he enrolled in courses and was climbing up the referee levels.

Twenty years later and Fletcher has officiated in big-name events such as the London 2012 Summer Games and the Confederation of North, Central American and Caribbean Association Football Under-17 championship in Hondurus.

“That was my first time being sent away to do a tournament,” Fletcher says of the under-17 championship. “I kept thinking, ‘Wow, someone paid for me to be here.’ I felt like I had a ton to prove.”

He says he’s entering the World Cup with a different mindset, however. Fletcher went to Brazil unsure of how many games he’ll be on the field for.

“I don’t care if thousands of people are cursing my name. All I care about is making the right call and if I can look at the replay after the game and see that I got it right that’s all that matters.”