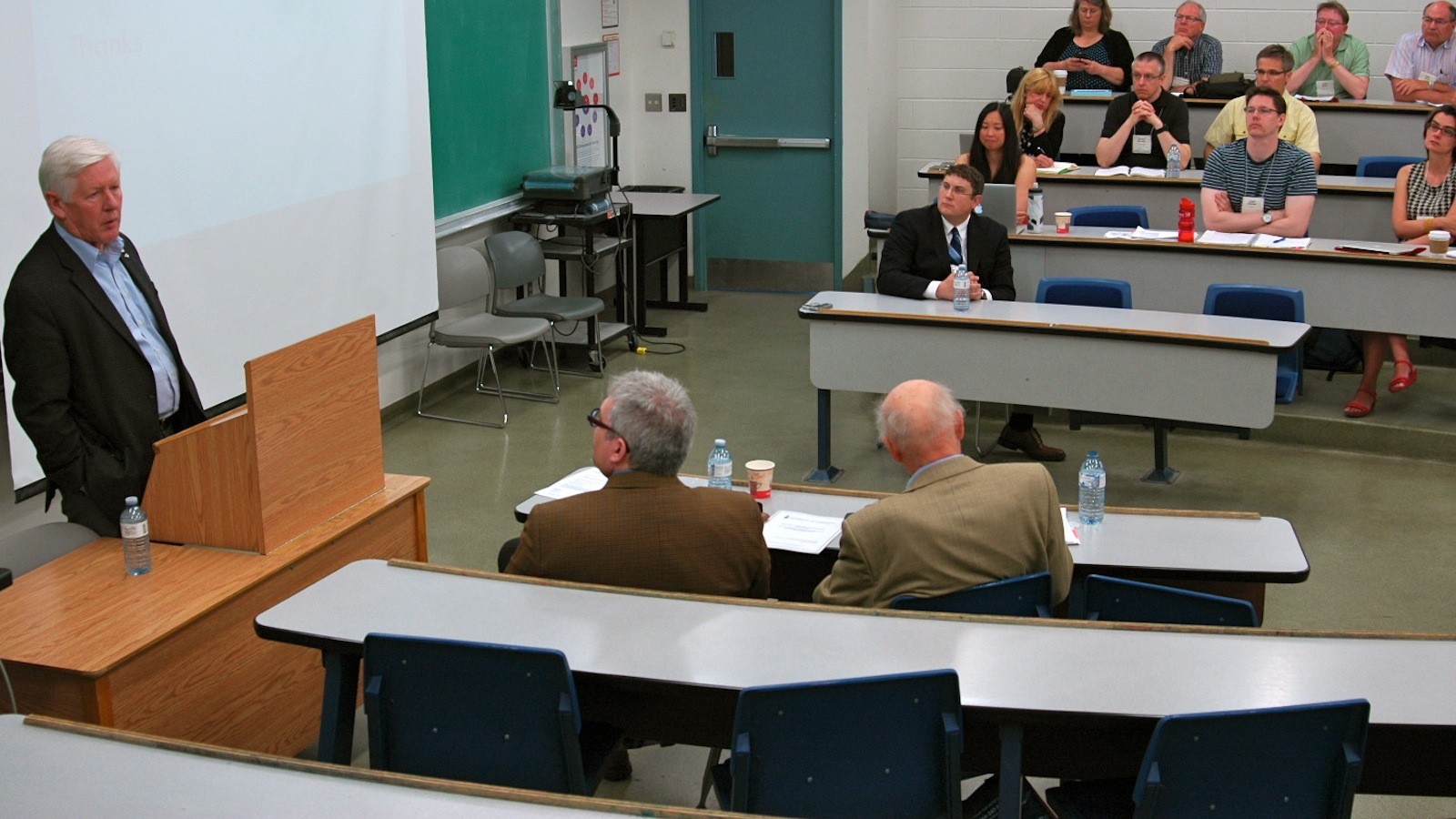 Rae, who retired from politics last year, discussed minority governments and the political process. The four-person roundtable was one of many events being held across the Brock campus as part of the country’s largest academic conference, which wraps up Friday.

Brock’s “Congress Plus” program is also in full swing.

Tuesday featured a panel discussing the War of 1812 PBS documentary produced by WNED-TV Buffalo-Toronto that examines events and issues between 1800-1815, when Americans battled against the British, Canadian colonists, and Native warriors in a conflict that forged the destiny of a continent.

“Prior to 2012 there wasn’t a lot of knowledge about 1812, and it brings exposure to the conflict itself and consequences of the conflict,” said Renee Lafferty, a Brock Humanities professor in the department of History. “It is, in some ways, a small conflict in the grand scheme of things globally.”

While the panel had mostly praise for the documentary, it felt some stories – such as the role of Aboriginals – could have been better told.

“There’s elements we love about it and elements that as historians drive us all a little batty,” Lafferty said. “One of the things I love about this documentary is, despite its flaws it’s pretty balanced. It’s definitely for an American audience, but the exposure it brings is very important.”

Brock’s “Congress Plus” cultural and academic program features more than 30 events — from theatre and art to concerts and lectures. The remaining events are free and open to the public.

Congress consists of eight days of meetings, panel presentations, keynote speeches, and more than 2,500 events. This year’s gathering will feature more than 10,000 papers presented by delegates from 75 associations.

Beyond the academic discussions, a wide array of panels, performances and exhibits will be free and open to the public. Registration topped 8,000 Wednesday, eclipsing the previous two years in Victoria, B.C. and Waterloo. From left: Renee Lafferty, Heather George, Wesley Turner and David Schimmelpennink discuss the War of 1812 PBS documentary during a "Congress Plus" panel Tuesday.