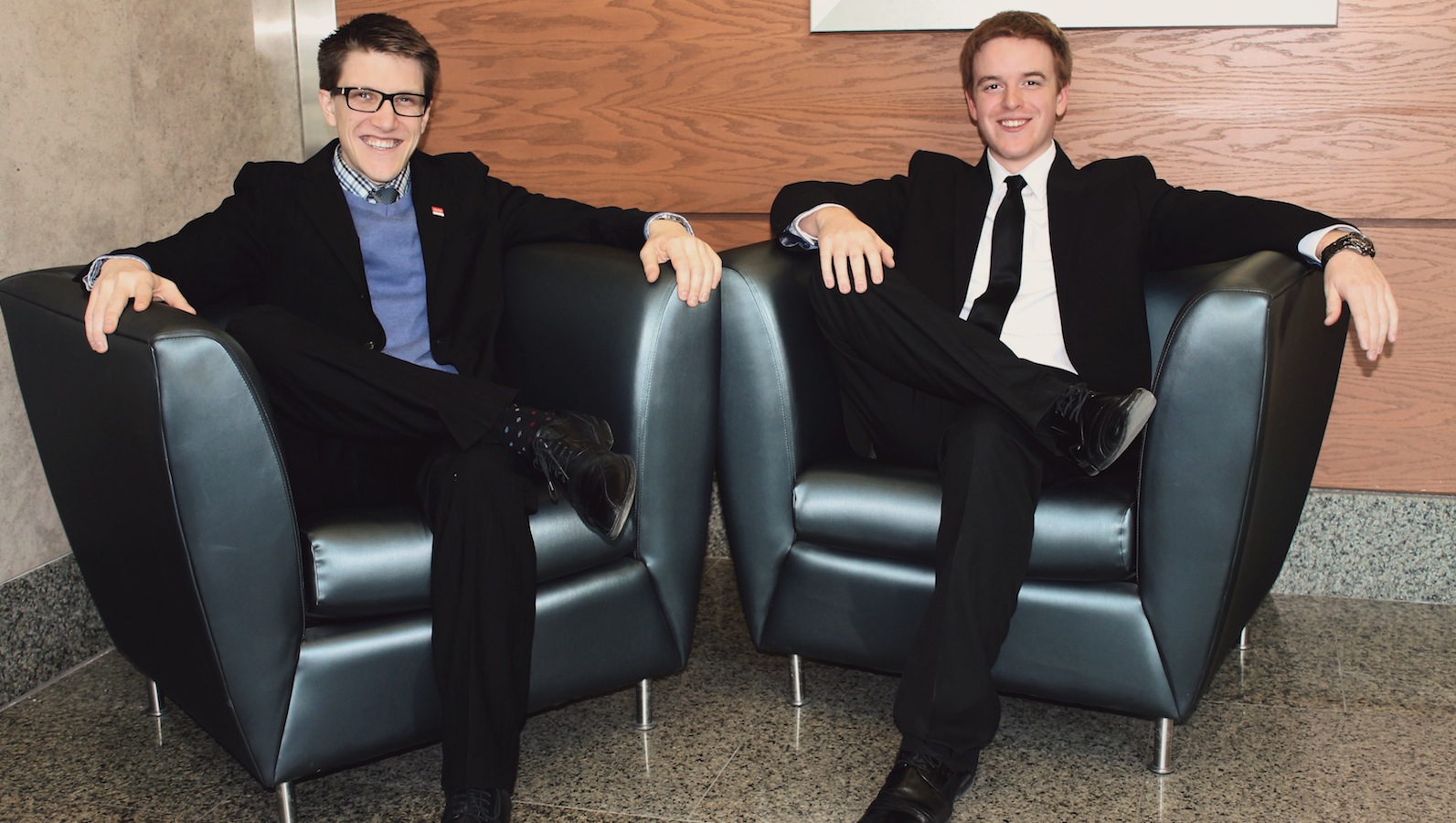 Darryl Moyers and Tyler Stark now have something extra to add to their resumés: they are finalists in the first Canadian Open Data Experience (CODE) Competition.

By day, Darryl Moyers (BBA Co-op 2011) and Tyler Stark (BBA 2011) are business analysts with the Ontario Ministry of the Attorney General.

By night (and on weekends), they are the consulting duo of Moyers and Stark Inc., two young business school grads who market themselves as “technology enthusiasts with business analyst skills.”

The consultants now have something extra to add to their resumés: they are finalists in the first Canadian Open Data Experience (CODE) Competition.

The CODE competition is a 48-hour hackathon where Canadian innovators use open data from the federal government to design consumer friendly apps.

The first round of the competition, hosted by XMG Studio Inc. was held Feb. 28 to March, 2014.

Moyers and Stark used open-source data from the Ministry of Natural Resources to create the CAN Fuel app.

CAN Fuel allows users to research and compare the fuel efficiency of cars by year, make, and model and includes tips about maximizing fuel efficiency, as well as information about recalls.

The competition was an opportunity for the pair to use their interest in technology and their background in business to create something to help consumers.

“We market ourselves as problem solvers by trade,” Stark said. “And this was an interesting opportunity to work with data that impacts Canadians.”

Moyers and Stark beat out 95 other hacking teams to earn their place in the top 15.

For Moyers, their success with the CODE competition is a testimony to the skills they gained at the Goodman School of Business.

“A business degree doesn’t constrain you to just one area or field,” says Moyers. “We’re using the critical thinking skills we gained at Goodman to succeed.”

On Friday, March 28, Moyers and Stark will be presenting their CAN Fuel app at the CODE Grand Finale at the Toronto offices of McKinsey & Company.

They will be competing for the $25,000 grand prize in front of a judging panel of five industry experts and a live audience.

Learn more about the app at CanFuelApp.ca.

The app can be downloaded for free from the Google Play store.

See the potential in CAN Fuel?

The competition also allows Canadians to vote for the $1000 Fan Favourite prize.