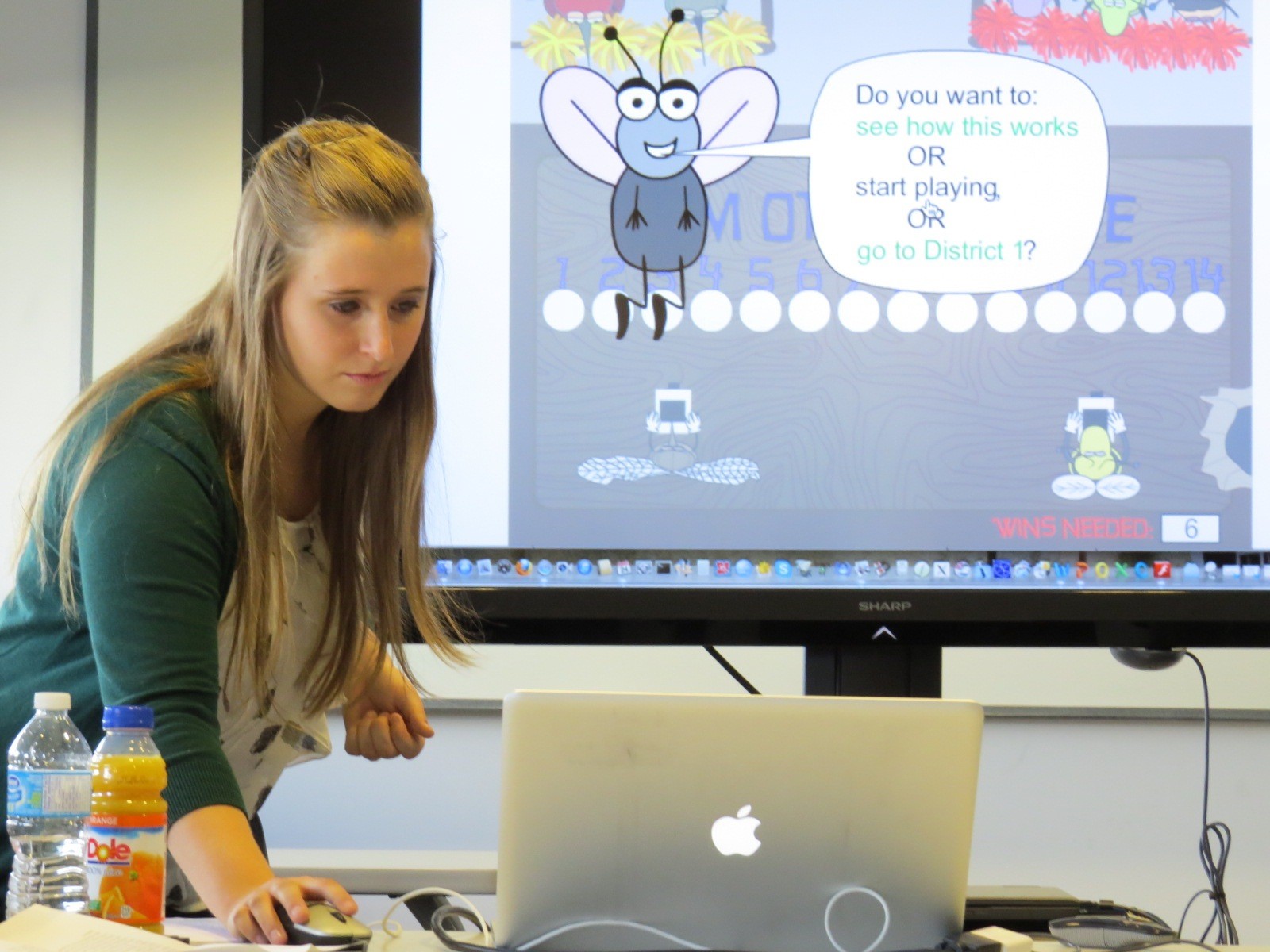 Bug City: it’s usually such a nice place to live. But the all-powerful Dr. P and his evil Band of Bullies have unleashed havoc on the once-placid community.

All is not lost though, for if someone could figure out a way to defeat the bullies at their own schemes, Bug City would be saved. This is the player’s mission, if they choose to accept it: to travel through six different districts and beat each bully in a public place by winning a series of probabilistic games.

This is the premise of the E-Brock Bugs online mathematics computer game, officially launched on Oct. 24 by a team of mathematics education researchers at Brock University.

The free, online game is based on an area of mathematics called probability, a measurement of the likelihood that something will happen. The probability of an outcome ranges from “impossible” to “certain” according to various formulae.

Players are exposed to basic concepts through six probabilistic games and one simulation challenge. Players can choose to either save districts on their own or, with the aid of a bug by the name of Smarty, develop a strategy (that’s where the probability concepts come into play) that will allow them to defeat the bullies as efficiently as possible.

“What is so attractive about using a game environment to teach mathematics is that it allows the player to become immersed in a world where mathematics is not only fun, interactive and personalized, but is also meaningful,” says Laura Broley, who developed the game as part of her undergraduate degree in Brock’s Mathematics Integrated with Computers and Applications (MICA) program.

“The usual drills students face in the classroom often lack these characteristics.”

“In this way, students could experience probability concepts before being formally taught,” she says.

“Furthermore, by playing the whole game, students may further develop their mathematical thinking in addition to learning and practicing the mathematical skills. Teachers could even opt to use the visual explanations of the concepts within the game to support their teaching methods.”

Buteau mentions the E-Brock Bugs Hall of Fame, which lists the names of people who have successfully completed the online computer game and saved Bug City.

“Be part of it, and encourage your students to be ‘famous’ too,” she says. “Anyone who saves Bug City is invited to join the heroes.”

The online game evolved from the board game Brock Bugs, which is recommended by the Ontario Association for Mathematics Education.