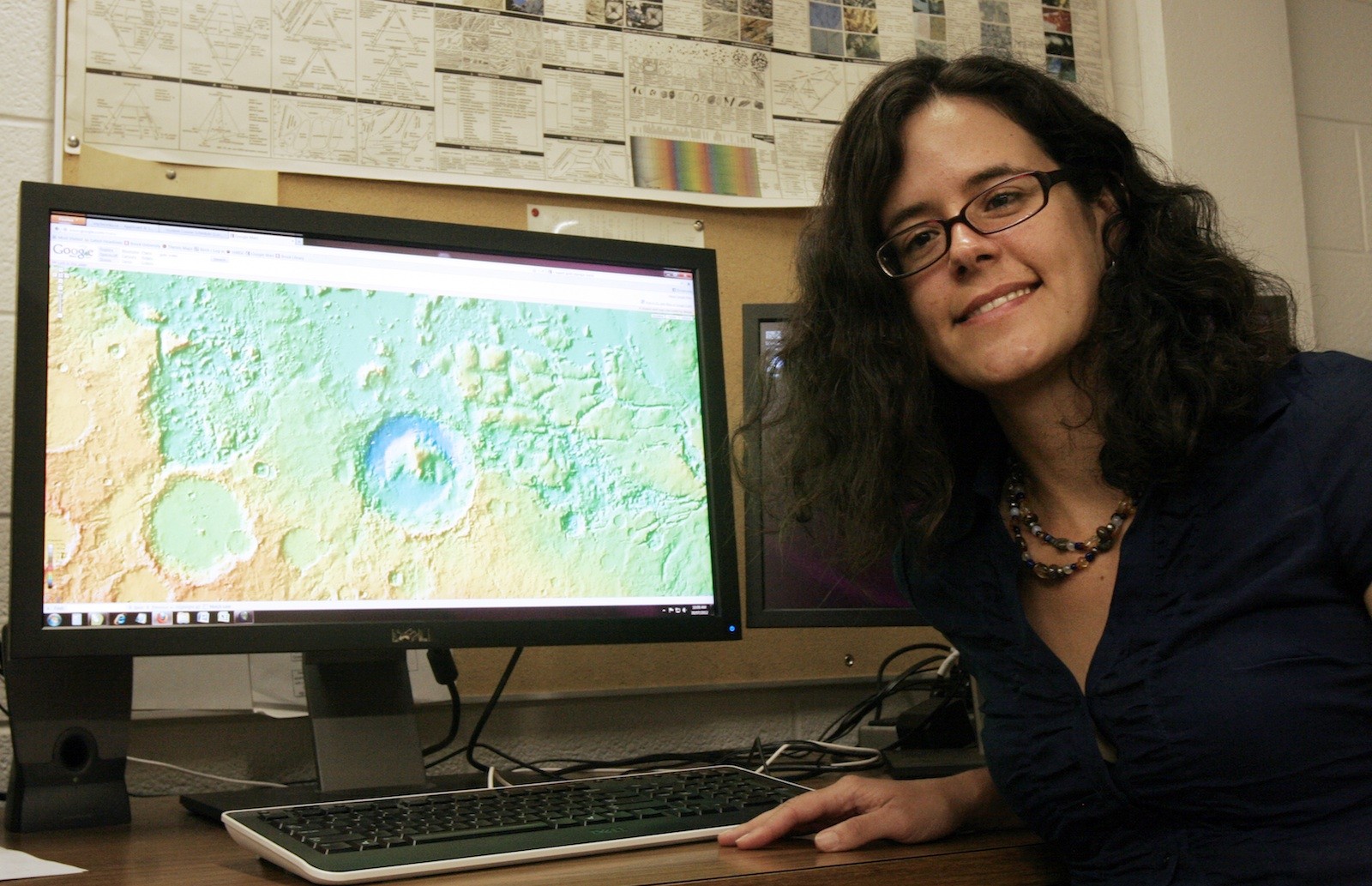 Brock volcanologist Mariek Schmidt, who is working on NASA's latest Mars mission, is a co-author on two papers to be published this week in the journal Science. Brock volcanologist Mariek Schmidt, who is working on NASA's latest Mars mission, is a co-author on two papers to be published this week in the journal Science.

For many researchers, seeing their name in the journal Science is career high-point.

A Brock volcanologist will get double the thrill this week when her name appears twice – in the same issue.

Mariek Schmidt, an assistant professor in the Department of Earth Sciences, is a co-author on two studies related to NASA’s latest Mars mission that will be published Thursday in the journal known to influence mainstream media headlines on science and nature stories.

The first paper, led by CalTech researcher Ed Stolper, is about a Martian rock that bears a strong resemblance to volcanic rock on Earth.

The pyramid-shaped rock stands about 50 centimetres high and has small round voids in it. Its composition, determined by the Curiosity rover’s built-in alpha particle X-ray spectrometer and microscopic imager, is similar to volcanic rocks found in ocean islands, such as the Canary Islands or Seychelles.

The team named the rock Jake Matijevic – Jake M. for short – in honour of a late mission engineer.

The discovery and analysis of Jake M. helps researchers understand the igneous process that led to Mars’s formation, she explained. The paper in Science demonstrates that rock models for Earth work well to explain Martian rocks.

The second paper, led by Dave Blake of the NASA Ames Research Center is based on the findings of an X-ray diffraction study that looked at a sample Curiosity scooped from a dune formation on Mars.

Curiosity used a a device called a CheMin instrument to get the dirt on the sample and it was determined to be made up of basaltic lava and altered glass, and is similar to soils found in Hawaii.

The dune sample is reflective of the soil found throughout the planet and gives scientists a better sense of the modern Martian environment, Schmidt noted.

“One thing about Mars, you think of it as the Red Planet because of the ubiquitous red dust that coats everything,” she said. “There’s a lot of people interested in what that dust is made up of.”

Schmidt is one of more than 400 scientists from around the world who are involved with the Curiosity mission. She spent three months in California last fall to help determine the rover’s every move after it landed on Mars.

She continues to work on the mission from her office at Brock, making periodic trips to California for meetings. On a daily basis, more than 200 scientists and engineers are needed to lend their expertise to keep the mission going, she explained.

“It’s fun. It’s neat to work with so many people,” Schmidt said. “I enjoy the collaborations. It’s all encompassing. Every day I want to know what’s going on and I have to pay attention every day. It’s fun and it’s a privilege to be a part of it.”

More than a year into the mission, Schmidt said the team has hit its stride.

“Right now, we’re really getting into the groove of how things work – not just how the robot works but how people work together,” she said.

The team, which guides the rover’s movements, is now comfortable having the Curiosity run on automatic navigation, which allows it to cover twice as much ground – about 80 metres – in one day than when driven manually by engineers on Earth.

It’s currently headed toward the base of Mount Sharp, an 8.6-kilometre trek that should take about a year to complete.

“Every now and then we’ll want to do some science and stop and look at rocks,” Schmidt said.