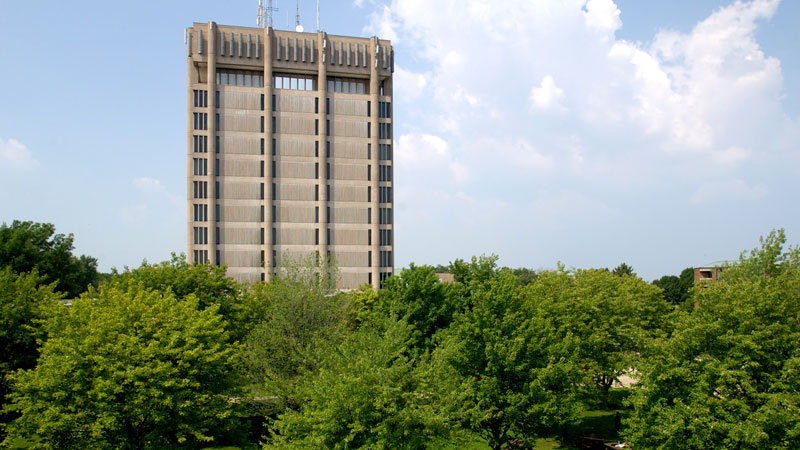 Brock University will bestow honorary degrees upon two individuals who embody the spirit of civic and academic excellence at Spring Convocation, which takes place during eight ceremonies over five days, from Tuesday, June 11 to Saturday, June 15.

Brock is proud to present honorary degrees to Doug Rapelje, Past Director of Social Services and Senior Citizens for the Region of Niagara, for his community leadership and passionate work in advancing the health and well-being of older adults; and Neil Armstrong, Professor of Paediatric Physiology, and Senior Deputy Vice-Chancellor and Vice-President at the University of Exeter, Devonshire, UK, for his academic contributions to the fields of paediatric physiology and sport and health sciences.

“I am pleased that we are recognizing Mr. Rapelje and Dr. Armstrong for their leadership and inspiring contributions to academia and society,” says Brock University President Jack Lightstone. “Their achievements mirror the values and vision of our University, which seeks to enhance the world of research and creativity, while improving the lives of the communities around us locally, nationally and internationally.”

All ceremonies will be held in the Walker Complex in the Ian D. Beddis gymnasium. An outdoor reception for graduates, family and guests will be held after each ceremony.

Tickets are not required. All guests are welcome.

The two honorary degree presentations will proceed as follows:

Friday, June 14, 10 a.m.
An honorary degree will be presented to Doug Rapelje, Past Director, Social Services and Senior Citizens, The Regional Municipality of Niagara

Brock University is recognizing Mr. Doug Rapelje for his outstanding community leadership and passionate work in advancing the health and well-being of older adults. For more than 45 years, Mr. Rapelje has been devoted to the cause of senior citizens. First, during a distinguished career as a public servant and then as a dedicated volunteer. He is a leading expert in all areas of seniors’ care and is recognized locally, nationally and internationally for his innovative vision and leadership in the field.

In 2008, when he received the Red Cross’ Power of Humanity Award, the dedication to him noted that he “has dedicated the majority of his professional career and personal life advocating for the needs of senior citizens in Niagara.”

During his time at the Region, he led a major expansion of seniors’ services in Niagara. He oversaw an increase in the number of homes for seniors from four to seven. He developed and expanded community-based services for seniors, including satellite homes, supportive housing, respite care, and community intervention and assistance. He also introduced innovative care for the residents and added small, but important, touches like floral gardens, pets and music to improve the quality of life in the homes.

Since retiring in 1995, Mr. Rapelje has worked as a consultant in long-term care and gerontology, and has volunteered his time with a number of local, provincial and national committees, councils and boards.

Mr. Rapelje was the first recipient of the Ontario Association of Non-Profit Homes and Services for Seniors Leadership Award. He is also a recipient of the Niagara College “Niagara Award” in recognition of outstanding contributions to the Niagara community, as well as volunteer awards from the Ontario Trillium Foundation and Alzheimer Society of Niagara. In 2008, upon retiring, the Region of Niagara recognized his life’s work by naming a Long-Term Home in Welland the D.H. Rapelje Lodge.

Most recently in May 2013, the SAGA Individual Service Award For Geriatric Excellence was presented to Mr. Rapelje for his outstanding service and contribution to “the health, independence and quality of life of seniors.”

He and his wife, Carol, live in Welland, and have four children and six grandchildren.

Brock University is recognizing Dr. Neil Armstrong for his exceptional academic contributions to the fields of paediatric physiology and sport and health sciences. Dr. Armstrong graduated from Loughborough University with BEd and MSc degrees and earned his PhD and higher doctorate (DSc) at the University of Exeter. Following periods of teaching and researching, he was appointed to the University of Exeter where he initiated the study of sport and health sciences. He served as Head of the School of Postgraduate Medicine before establishing the School of Sport and Health Sciences and serving as its first Head. He also established the Children’s Health and Exercise Research Centre in 1987.

Dr. Armstrong has authored/edited 15 books, contributed 75 book chapters and, in total, co-authored more than 600 publications on paediatric physiology. He has delivered keynote presentations in 43 countries and has co-authored more than 550 conference papers. His research won the first, and to date only, Queen’s Anniversary Prize for Higher Education to be awarded for research in sports science and medicine.

Dr. Armstrong chaired the Sport Science Panel in the first two UK Research Assessment Exercises and is former Chair (twice) of the British Association of Sport Sciences (BASES) and former President of the Physical Education Association (PEAUK). As the Minister of Sport’s nominee he served two terms as Chair of South West Sport.

He was the first non-retired person to receive the Ling Prize for a ‘sustained and distinguished contribution to the physical education profession.’ He is one of seven Honorary Fellows of the BASES and was the first scientist to be awarded Fellowship of the British (FBASES), European (FECSS) and American (FACSM) Colleges of Sport Sciences/Medicine. He is also an invited Fellow of the National Academy of Kinesiology (USA), the PEAUK, the Society of Biology, the Royal Society of Arts, and the Higher Education Academy.

Dr. Armstrong led the physiology team in the development of the International Olympic Committee (IOC)’s guidelines for training elite young athletes and he was a core member of the IOC Youth Strategy Group, which developed guidelines for the fitness and health of children through sport. He has chaired European Pediatric Work Physiology for the last eight years and is currently chairing the South West Region Olympics 2012 Legacy Project. He is President of the Regional United Nations Association.

An active sportsman in his youth, Dr. Armstrong represented England at U15, U18 and University level and played professional football for 10 years. He is married to his wife Dorothy with two adult children and a one-year-old grandson.