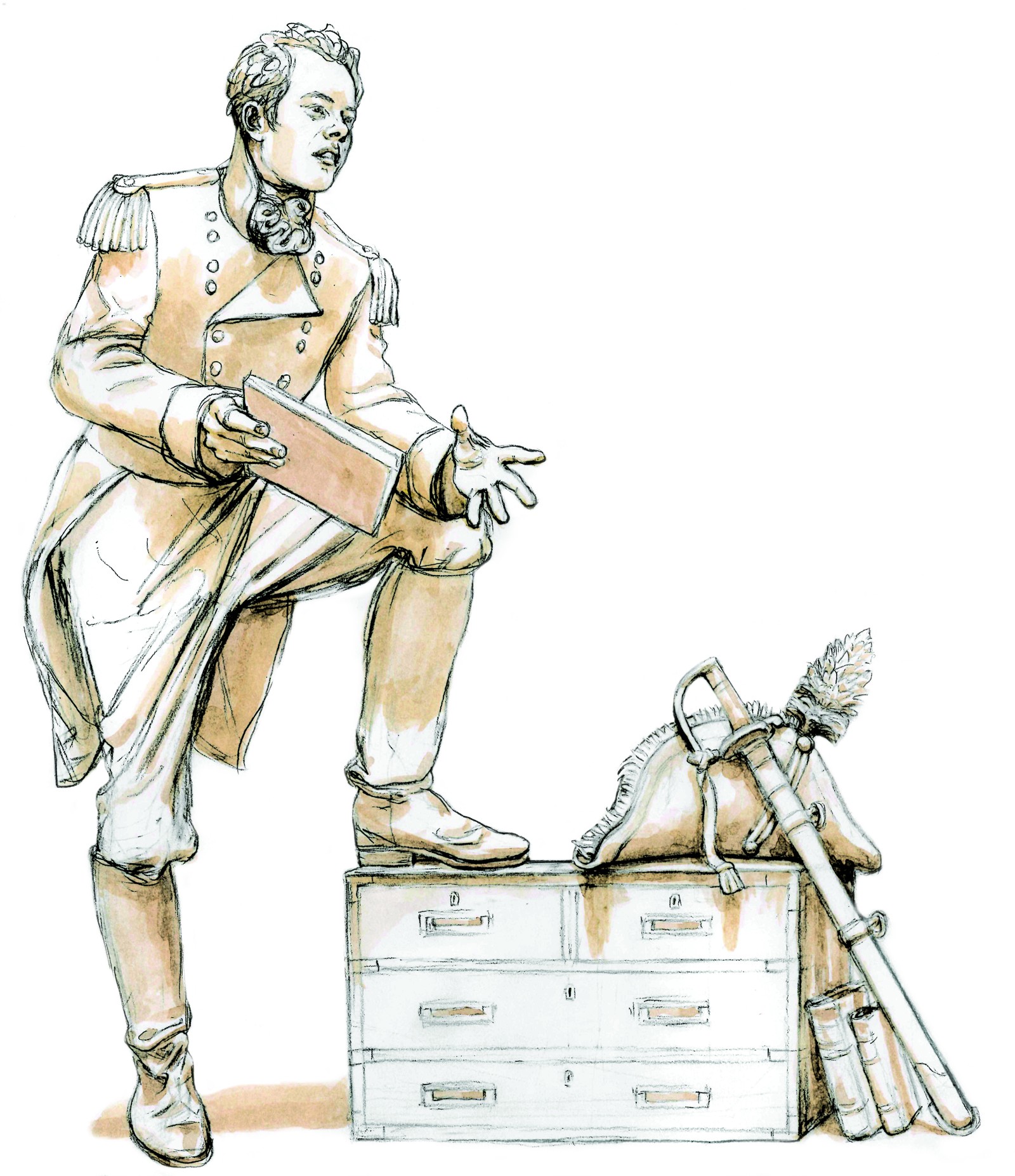 In life, Maj.-Gen. Sir Isaac Brock defended a nation from invasion. In his heroic death, he helped etch a path leading to the birth of Canada, a country that 200 years later is still identified as one of the best places on earth to live.

Today, Brock University honoured its namesake by commissioning renowned Canadian artist Danek Mozdzenski to create a bronze sculpture of The Saviour of Canada. It will stand on the University’s St. Catharines campus in the heart of the Niagara region, 16 kilometres from where Brock fell while leading his soldiers in the Battle of Queenston Heights.

The ambitious project is proceeding because its $1-million cost is being paid by a generous donation from local businessman David S. Howes, a longtime supporter of the University and a past chair of its Board of Trustees.

Mozdzenski, famous for his statue of Lester B. Pearson on Parliament Hill in Ottawa, will begin work immediately on the Brock sculpture, which is expected to be unveiled in autumn 2014 as a major part of the University’s 50th anniversary celebrations. Rising more than 15 feet from the ground, it will have a prominent position on the North Mall of the campus, in front of the Arthur Schmon Tower.

For Howes, the striking double life-sized commemoration will fulfill many important roles: an inspiring sense of identity for students, a treasured landmark for Niagara residents, and a destination for all Canadians who cherish their country’s history.

“This piece speaks to the character of Isaac Brock, his courage and leadership,” said Howes, “and it reflects the spirit of the students, staff and faculty of Brock University. It was my absolute pleasure to provide the necessary financial support for the University to move forward with this historic commemoration to its namesake.”

University President Jack Lightstone said the iconic sculpture will exude a sense of strength and tradition, reflecting Sir Isaac Brock’s values and inspiration in a way that builds on the Niagara region’s rich history and geography.

“The University has always been very proud to bear the name of Sir Isaac Brock,” said Lightstone, “and this exciting project will forever celebrate the milestone of our 50th anniversary. We are extremely grateful to Dave Howes for his vision and generosity, and we are also grateful to others whose dedication helped a dream come to fruition.”

The artist and his design were selected from among 27 bids received after a request for proposals earlier this year. They were reviewed by a selection committee, who assessed how well the submissions reflected criteria set out in the RFP.

The RFP and commissioning process have been managed by Cultural Asset Management Group, a Markham-based company with extensive experience in the private and public sectors of the art world.

View the artist’s drawing of the Brock sculpture online