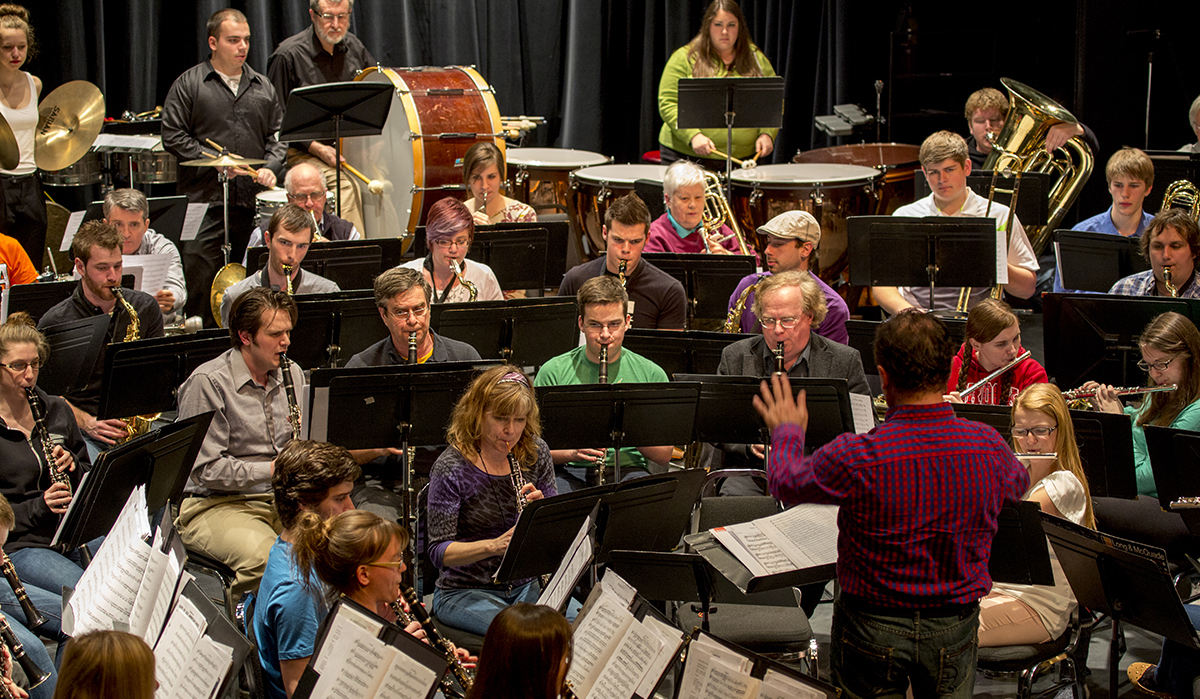 The Department of Music’s University Wind Ensemble presents Around the World in 80 Minutes on April 2 at the Sean O’Sullivan Theatre.

The University Wind Ensemble, under the baton of conductor Zoltan Kalman, is 55 musicians drawn from the Brock community, local high schools and Niagara’s classical music community, including the Niagara Symphony and Symphony on the Bay, Hamilton.

“The variety of musical offerings will demonstrate the versatility of the Brock University Wind Ensemble as we take our audience on an extraordinary musical journey around the globe, across countries such as Russia, Scotland, France, Spain, U.S. and Hungary,” Kalman says.

“To cap it all, we will be honouring the 25th anniversary of one of the most popular and inspiring musicals ever written by performing Schonberg’s Les Miserables.”

Such performances from the Department of Music are a key part of the Marilyn I. Walker School of Fine and Performing Arts’ mandate in building connections between the community and the breadth of talent and creativity at Brock University.