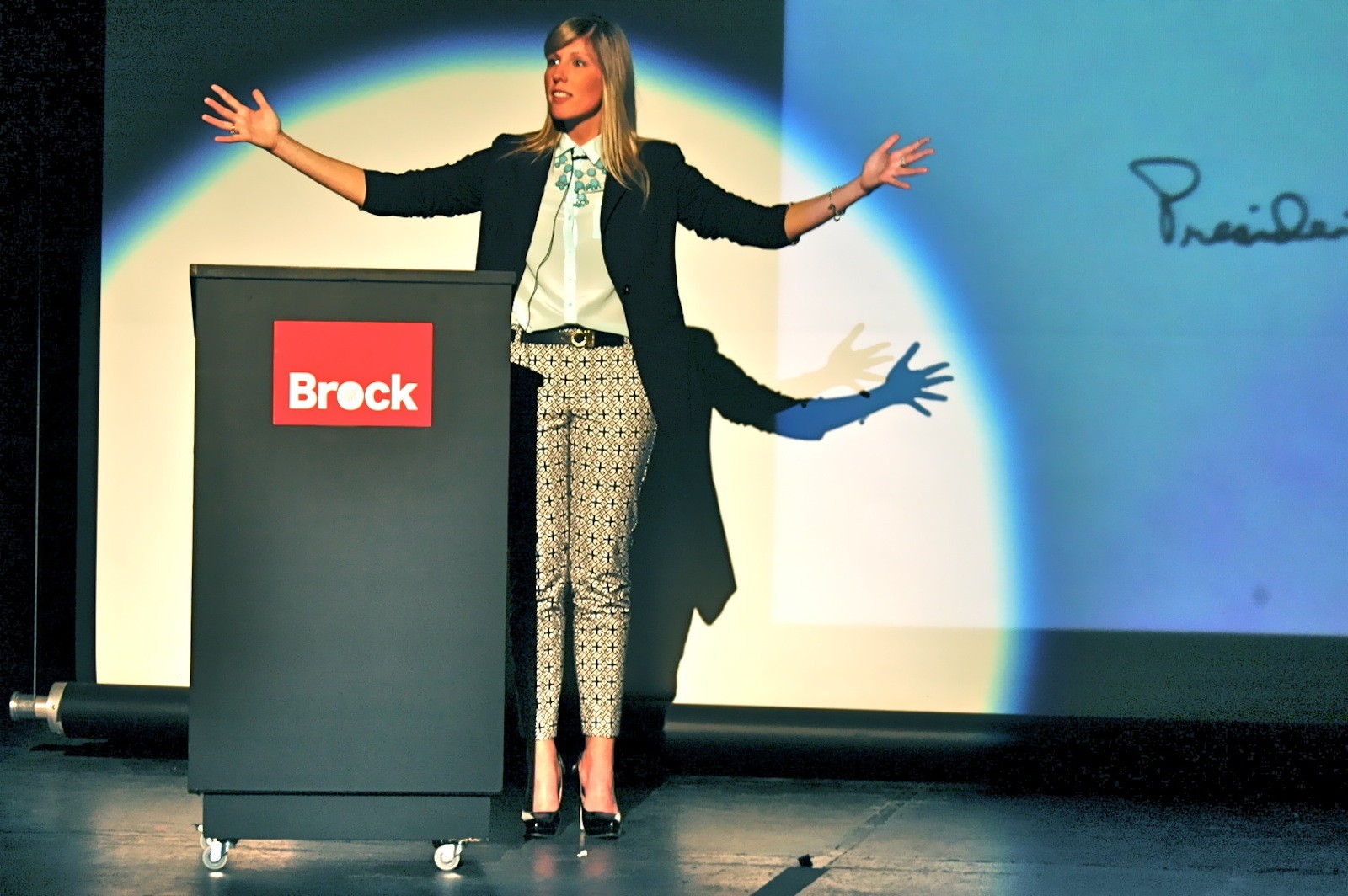 The young marketing mind behind the Joe Fresh retail sensation shared her story with 400 eager listeners in the David S. Howes Theatre on Wednesday (March 6) for the 12th annual Terry O’Malley Lecture in Advertising and Marketing.

Lindsay Cook recapped the trajectory of the past seven years since Loblaw’s first introduced Joe Fresh as an apparel line in its grocery stores, which had been expanding to include leisure, home and entertainment merchandise.

By 2010 the modern, affordable clothing had enough of its own identity that Cook was helping launch stand-alone Joe Fresh stores in trendy urban settings like Vancouver’s Granville Street.

The strategy worked, and within a year the Canadian phenomenon was invading America. Last year Joe Fresh completed its journey “from the frozen food aisle to Fifth Avenue” when it launched a new flagship store in the heart of New York City.

Since its early days of selling jeans and tees, the line has expanded to include beauty and fashion accessories. Today Joe Fresh is the second-largest apparel line in Canada, and its cosmetics outsell industry icons like Revlon and Maybelline.

Meanwhile, Cook told her audience she is now overseeing the rollout of dedicated Joe Fresh Shops in nearly 700 JC Penney stores in the US, which should only accelerate its popularity with millions more consumers.

A highlight of the O’Malley Lecture – named for its founder and sponsor, St. Catharines-born advertising legend Terry O’Malley – is the Grant Dobson Case Competition, in which students from the Goodman School of Business and the Faculty of Social Sciences design marketing proposals and present them to a panel of judges, which includes the guest speaker.