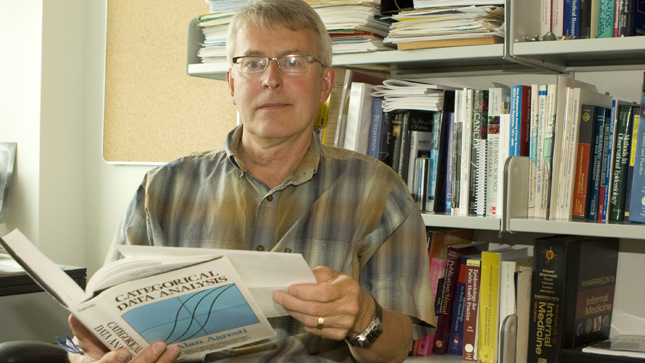 Brock University epidemiologist Martin Tammemagi is launching a calculator that will predict the likelihood of someone developing lung cancer within the next six years, as described in his research published Feb. 21 in the New England Journal of Medicine.

Medical professionals enter a wide range of data, including smoking history, cancer history, the person’s age, race/ethnicity, socio-economic status, body mass index, and other variables, into a spreadsheet, which then calculates the probability of that person developing lung cancer within a six-year period.

“If they’re a smoker, this might motivate them to quit smoking,” says Tammemagi. “Additionally, they may decide with their doctor to enrol in a computed tomography lung screening program, which might detect lung cancer at an earlier, more treatable stage.”

Tammemagi’s lung cancer model builds on an earlier model he published in the Journal of the National Cancer Institute in 2011. In the New England Journal of Medicine article, Tammemagi shows that use of the lung cancer prediction model to select high risk individuals for lung screening is significantly more efficient than using the American National Lung Screening Trial enrolment criteria, which has gained widespread acceptance.

He says that, by expanding the number and types of variables used to predict lung cancer, his model is more accurate than earlier lung cancer prediction methods.

“For example, older age and lower socio-economic status captures information that might reflect exposure to environmental toxins, to poor diet, to occupational exposures and so it catches many things that we don’t have a direct handle on.”

Tammemagi says he has received requests to expand the research to check the impact of exposure to asbestos and other hazardous materials in buildings.

The calculator will be made available on a Brock University website for medical professionals and non-commercial users.

Tammemagi is also working on a model to detect which nodules that show up on a computer tomography are cancerous.