Art exhibit for both the eye and the brain 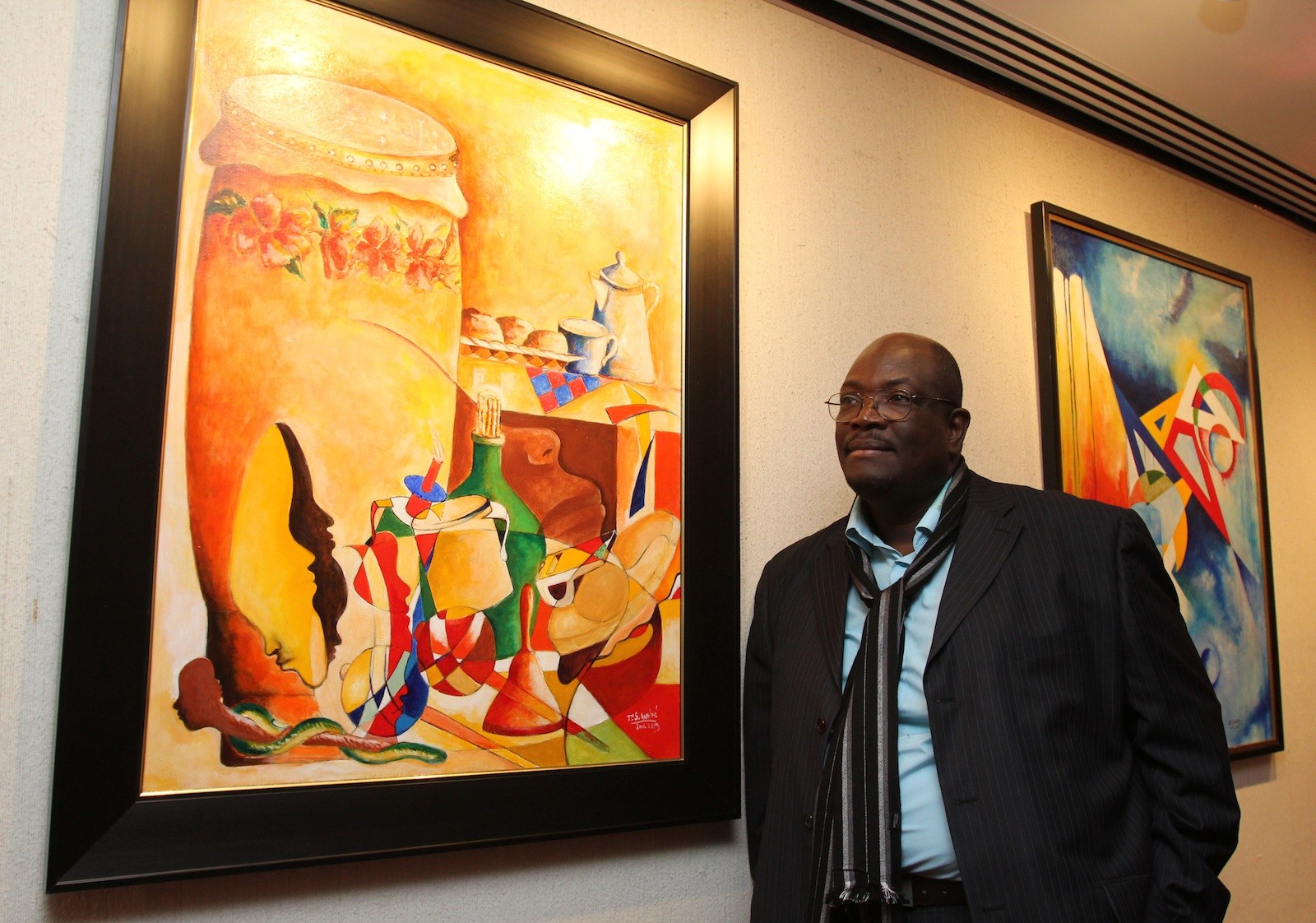 Haitian-born artist Jean-Salomon Andre has an exhibit of his paintings on display until Friday in the Sean O'Sullivan Theatre. Haitian-born artist Jean-Salomon Andre has an exhibit of his paintings on display until Friday in the Sean O'Sullivan Theatre.

At first glance, the colourful paintings hanging in the lobby of the Sean O’Sullivan Theatre appear to be the work of two very different artists.

Bold, geometric abstract canvases hang amongst depictions of impressionist-like tropical landscapes. But both are the creations of Jean-Salomon André, a

The son of a farmer, André grew up in Dessalines, a town about two hours north of Port-au-Prince, where he found a muse in his natural surroundings.

“I paint many landscapes because I’m from a region where landscapes are beautiful,” said André, who now calls Brampton home.

As for his more abstract work, that came out of necessity. André studied at the Beaux-Arts Academy in Port-au-Prince before eventually coming to Canada to earn his bachelor’s degree in visual arts from the Université du Quebec a Montreal. During that time, he studied modern art, photography and something more applied – graphic design – drawing out the more abstract artist within.

Still, ask him how he prefers to paint and André isn’t about to pick favourites.

“Your style is like your children. You don’t have a preference,” he said. “I use a style for each situation.”

Take the abstract painting, filled with bright colours, right angles and perfect circles, that’s showing publicly for the first time with this exhibit. Called Shockwaves, the painting is a tribute to André’s homeland and the 2010 earthquake that reduced Port-au-Prince to rubble, killing more than 220,000 people and leaving one million homeless.

Everything about Shockwaves is deliberate, from the work’s modern style right down to André’s choice of a coarse canvas on which it was painted.

His choice of colours, however, are made to reflect who he is, he explained.

“I use bright colour because I have colour in my eyes and colour in my blood,” André said. “I am a coloured man and a man of colour.”

The other painting he hopes visitors will pay close attention to when viewing the exhibit is a massive canvas showing an asotor, a large African drum André said is used for communication.

“Black history begins with the Asotor,” André said. “With the drum, you can communicate what you feel, what you want, what you need, everything.”

André’s exhibit runs until Friday before opening at the Beaux-Arts Brampton gallery for an exhibit from Feb. 12 to 26.