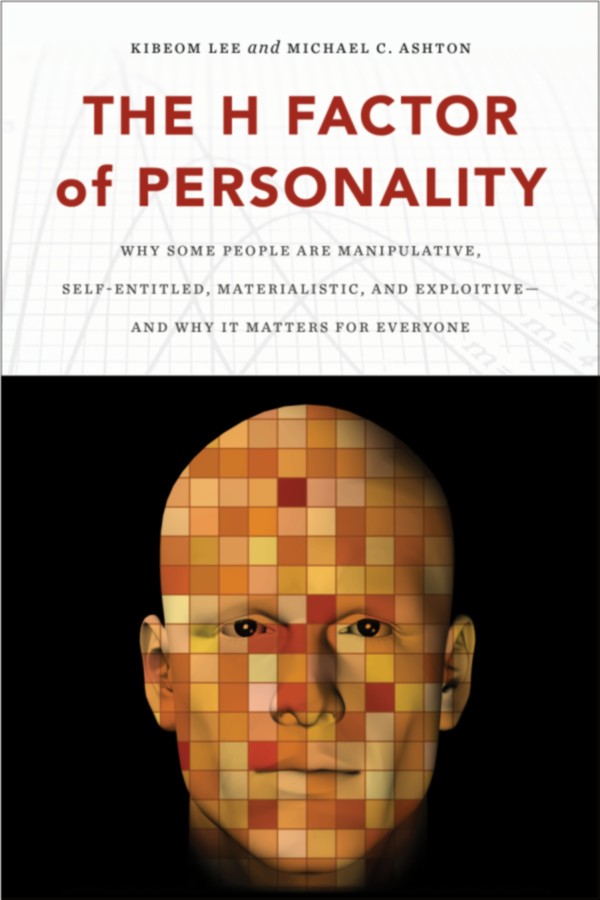 The H Factor of Personality

What is the H factor? And why should you care about it?

A Brock personality psychologist and his research colleague have written a new book that explains the significance of the Honesty-Humility spectrum. The H Factor of Personality

The book, The H Factor of Personality: why some people are manipulative, self-entitled, materialistic and exploitive-and why it matters for everyone, was co-authored by Michael Ashton, professor of psychology at Brock and his collaborator Kibeom Lee at the University of Calgary.

Based on their research, Lee and Ashton have found that traits such as honesty and humility belong to one of only six major groups of personality characteristics, separate from five other groups identified years ago. People with high levels of H are sincere and modest, and people with low levels of H are deceitful and pretentious.

“We discuss the many areas of life in which this aspect of personality exerts its influence, describing the implications for individuals and society,” says Ashton. The book explores the importance of the H personality dimension in various aspects of people’s lives, including their inclination to commit crimes or obey the law; their approaches to money, power and sex; their attitudes about society, politics, and religion; and their choices of friends and spouse.

“People with very low levels of H are particularly predisposed toward criminal activity,” says Ashton. “These are people who exploit others and have a strong sense of entitlement, to have more than their share, so they’re at much higher risk for committing crimes.”

Ashton notes that people who display low-H characteristics are often materialistic and greedy. With respect to personal relationships they are the type of person who might view them only for getting something that they want, such as money, status or sex.

As for religious beliefs, low-H people are more inclined to use religious observance as a kind of badge or signal for respectability, whereas high-H people, if they are religious, are more sincere in their motivations. And when it comes to politics, low-H people are less inclined to be concerned about the interests of other persons, especially individuals outside of their own group.

But a low-H individual probably doesn’t see any problems with any of this.

“They likely see all of this as a perfectly rational approach to dealing with the world, and perfectly in keeping with their own sense of self-importance,” says Ashton.

The H-factor is one of the six basic dimensions of the HEXACO model of human personality, which also includes Emotionality (E), Extraversion (X), Agreeableness (A), Conscientiousness (C), and Openness to Experience (O). Ashton and Lee developed this personality framework in the 90s after their research findings suggested that the widely used “Big Five” model of human personality didn’t fully account for the traits that belong to H factor.