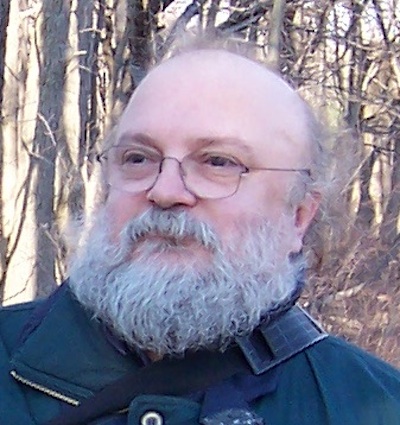 Colleagues remember Prof. Alex Amprimoz as being devoted to lifelong learning and having a remarkable sense of humour.

Prof. Corrado Federici could always tell how Prof. Alex Amprimoz felt about someone.

The giveaway was how much Amprimoz would trade barbs with a person in one of the several languages he spoke fluently.

“I’m not sure he published anything in German or Spanish but he could tease you in in either language” Federici said. “The more he joked, the more he was your friend.”

Amprimoz, who arrived at Brock as a professor in the Department of Modern Languages, Literatures and Cultures in 1985, died Oct. 12. He was 64.

In the days since his death, his colleagues have been sharing memories of a man with a rare mind who penned books of poetry and an 80-page CV that included countless grants for his research in French literature. He even earned a degree in computer science later in life.

“No one embodied Brock’s motto ‘two sides of the brain’ more than Alex,” Prof. Ernesto Virgulti said. “I don’t know anyone who was as devoted to lifelong learning as Alex.”

What stood out for Federici was that Amprimoz was tenured at such a young age. He was in mid-30s when he was hired as a full professor at Brock.

“It’s outstanding to be at that rank at such an age,” he said. “I don’t think that happens very often. It’s a reflection of his devotion to scholarship.”

During his career, Amprimoz penned dozens of books, more than 120 conference papers and articles in journals, and received 55 grants from the Canada Council of the Arts, Ontario Arts Council, Social Sciences and Humanities Research Council of Canada and the Canadian Federation for the Humanities.

In 1992, he was named a chevalier in France’s Ordre des Palmes Académiques, an honour awarded to those who have made major contributions to education and the promotion of French culture throughout the world.

More than his academic achievements, Virgulti said it will be Amprimoz’s “sparkling and sometimes biting” humour that will be missed most.

“Notwithstanding his scholarly achievements – more than 30 books – he managed to retain a child-like quality, at times a mischievous little boy, which reminded us all not to take life too seriously,” Virgulti said. “His passing has left a huge emptiness in our lives, one that will never be filled.”

Amprimoz is survived by his wife Jeanette and their son Jean.