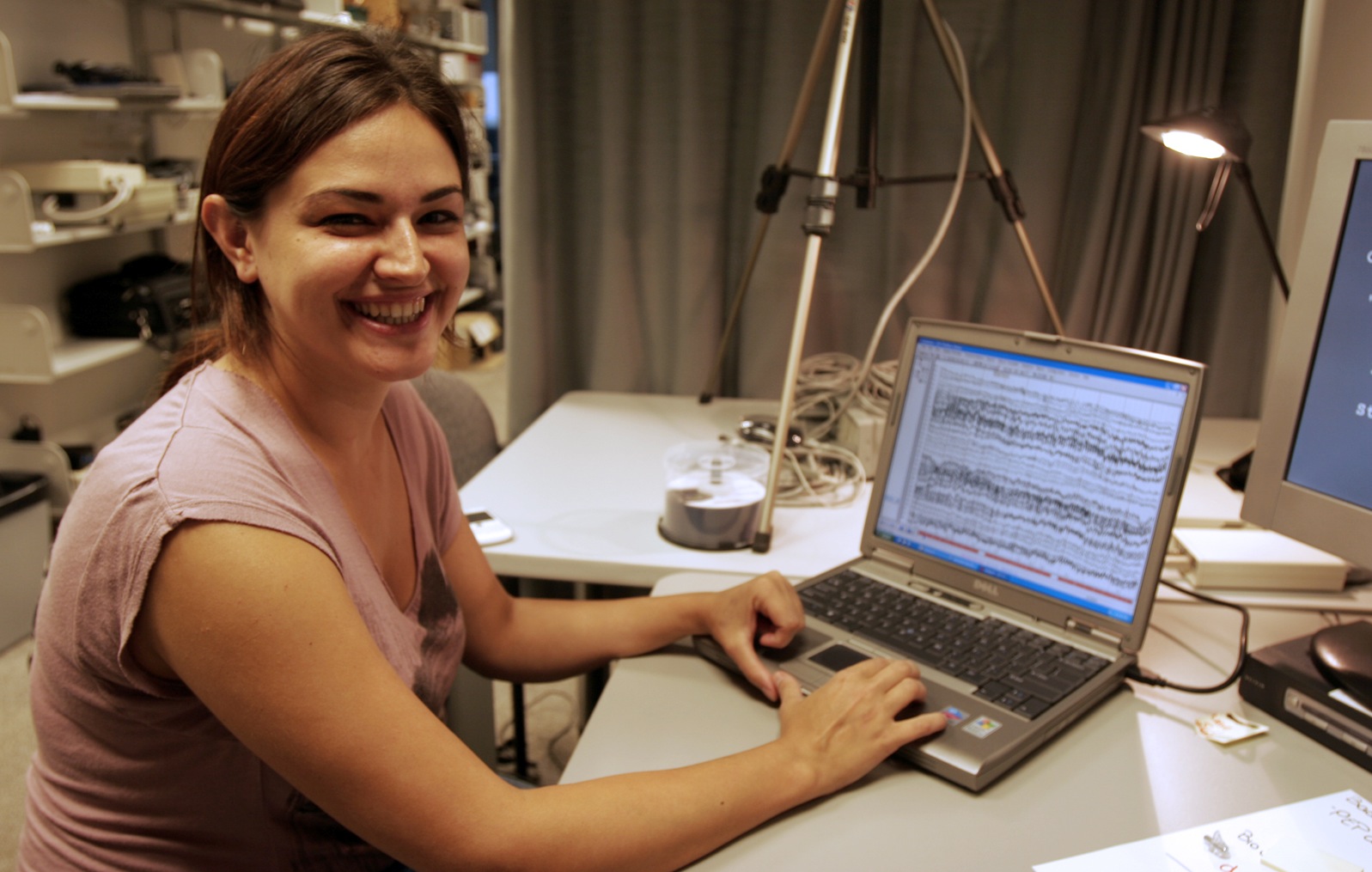 PhD student Angela Dzyundzyak is studying how the brain reacts to and codes gambling wins.

It’s Friday night in one of the region’s many casinos. Clutching a tub of tokens in your sweaty palm, you drop them one by one into the machine.

All of a sudden, the bells, whistles and lights go off in a dizzying array. Jackpot!

Do you walk away? Do you stay put, hedging for even bigger bells, whistles and lights if you keep playing?

That depends on your brain waves.

Angela Dzyundzyak, who is working on her PhD in psychology, is testing 40 people – half of whom are not gamblers and half whom are frequent gamblers – in a bid to see how the brain reacts to and codes gambling wins.

“One theory is that how your brain responds to wins or losses will determine what your behaviour is going to be, so if you get really excited by the wins, you’re more likely to gamble more because you get a bigger excitement out of it,” Dzyundzyak said.

Participants in the Cognitive and Affective Neuroscience lab perform a variety of tasks that range from picking the winning card to pressing a button fast enough to win a prize. After each action, participants receive feedback on their performance.

While they are doing this, Dzyundzyak records their brain waves and places a marker into the recording at the exact time when the participants receive feedback .

Later, she examines these waves and produces fMRI-like pictures from them that highlight in red the areas of the brain activated during the activities.

She is also examining participants’ brain responses to expectations by giving them “easy” tasks, which occasionally they fail at.

“You have gamblers who go into a casino, do it once and they never do it again, and then you have people who go in and gamble, gamble, gamble until they lose everything,” Dzyundzyak said. “So, what is different between these two groups? Is it that they really expect that they can win their money back or is it something else that drives them?”

Dzyundzyak is quick to point out that personality is a big factor in whether someone becomes a problem gambler. Among the information she is gathering is the participants’ personality traits.

She says gambling studies tend to focus on social factors and personality traits rather than the biological process that occurs in someone’s brain as they gamble.

“I think people don’t do research from a biological perspective as much because there is this stigma that if you have that predisposition, that means you can’t do anything about it, it’s out of your hands,” Dzyundzyak said. “But we know that experience affects the brain, we know how your thinking affects the brain, we know that just changing the way that you think will affect your brain.”

Dzyundzyak says her research can potentially be used as a tool to measure the success of counselling and other methods of addressing problem gambling by comparing the gambler’s brain wave activity before and after the intervention.

Dzyundzyak is still looking for participants who gamble frequently. She aims to wrap up testing by the end of September and release preliminary results by the end of the year.

Statistics Canada defines “problem gambling” as someone who gambles more than five times a year and has experienced negative consequences as a result of the activity. It estimates that 6.3 per cent of people are thought to be problem gamblers or those at risk of becoming problem gamblers.

Southern Ontario is one of the country’s major gambling areas. According to the Problem Gambling Institute of Ontario, the money earned from gambling in the province is greater than cinema showings, movie rentals, sporting event admissions and live theatre combined. Some 93 per cent of people living in southern Ontario are within an hour’s drive of a casino or slot machine facility.