Brock urged to give to African famine relief 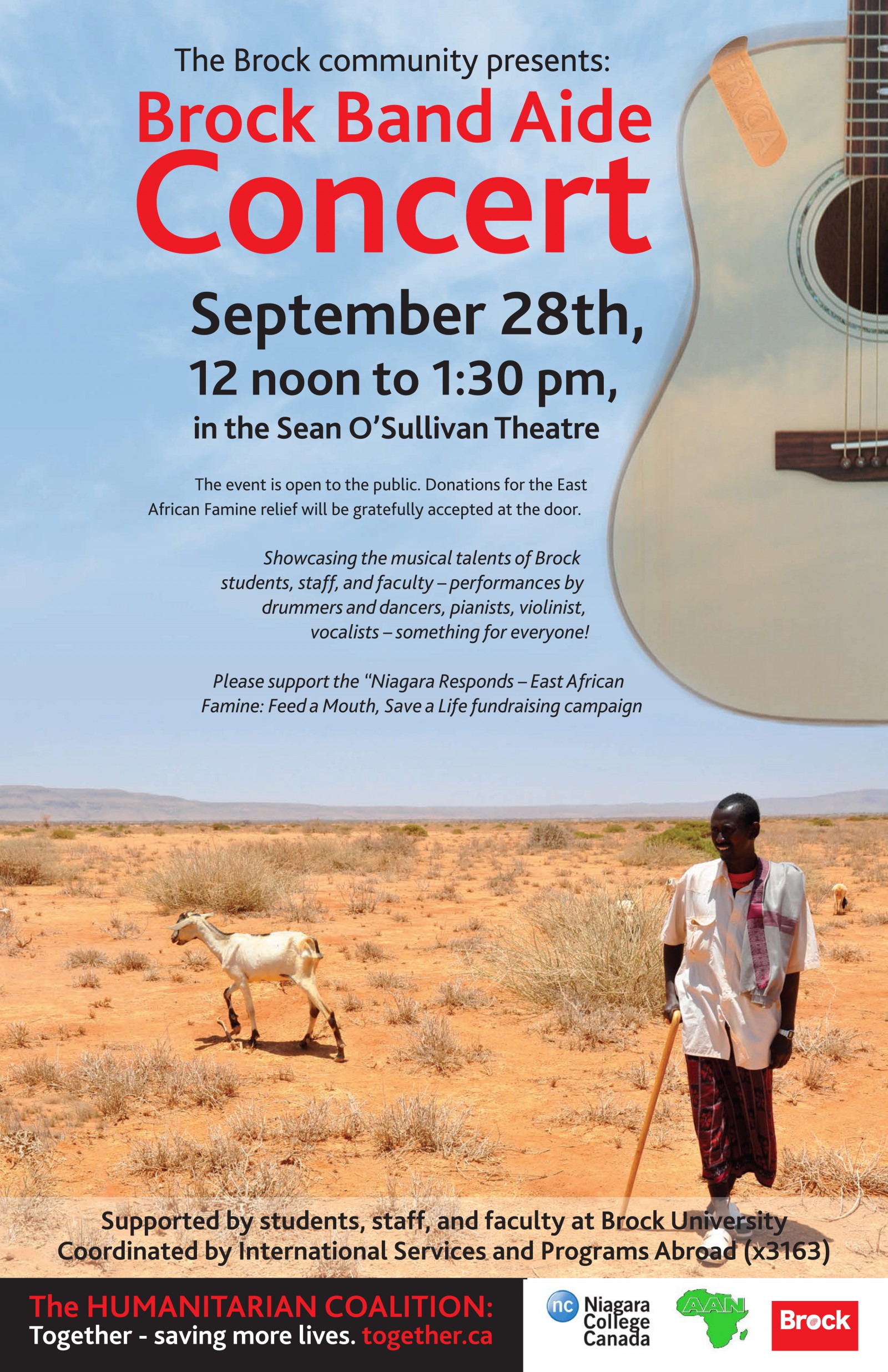 A poster for the Brock Band Aide Concert happening in the Sean O'Sullivan theatre Wednesday, Sept. 28. A poster for the Brock Band Aide Concert happening in the Sean O'Sullivan theatre Wednesday, Sept. 28.

A senior administrator is putting out a call to the Brock community encouraging them to donate to victims of the famine in East Africa.

Murray Knuttila, Provost and Vice-President Academic, is urging students, staff and faculty to dig deep to support the joint Brock/Niagara College fundraising campaign called “East African Famine — Feed a Mouth, Save a Life — Niagara Responds.” East Africa is in the throes of a famine that has affected 13 million people and killed thousands. Nearly half a million children are at risk of dying from malnutrition and disease (CNN story).

Canada is a privileged country, and global inequality has never been more dramatic, Knuttila said.

“We have a moral and ethical responsibility to the rest of the world,” he said. “This is a tragedy of epic proportions.”

Knuttila is one of several members of the local fundraising group. Money raised will support a humanitarian coalition of five Canadian organizations: CARE Canada, Oxfam Canada, Oxfam-Quebec, Plan Canada and Save the Children Canada.

Donations can be made online at the Niagara page at The Humanitarian Coalition website.

The Niagara Relief effort at Brock raised $4,589.32 by the Sept. 16 deadline for matching funds by the Canadian government. Our friends at Avondale raised $425 with their $1 hot dog sale for the relief fund – an event they will be repeating on Friday, Sept. 30.

International Services and Programs Abroad is also co-ordinating a Brock Band Aide Concert on Wednesday, Sept. 28. Members of the Brock and Niagara community will perform a lunch-hour show from 12 noon to 1:30 p.m. in the Sean O’Sullivan Theatre. Donations will be accepted at the door.