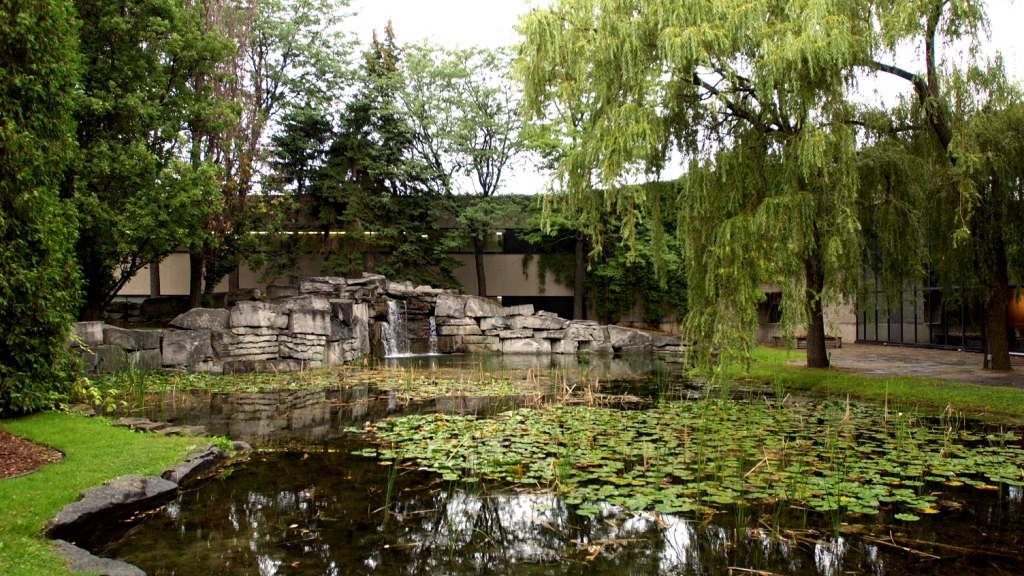 As a student, you may have visited Pond Inlet while participating in a club or vendor fair; learning tips and tricks at a business dining etiquette meal; or receiving recognition for your academic and extracurricular accomplishments at an award ceremony. As a graduate, you may have visited Pond Inlet while attending a conference or event like Brock Days’ Fine Food, Fine Wine, Live Art or the Brock Alumni Cameo Club reception.

Many people — staff, faculty, students and alumni alike — mistakenly assume that Pond Inlet, which became part of the University in 1973, was named because of it’s proximity to the beautiful pond and waterfall located just outside a set of sliding glass doors.  It may be a surprise to learn the real story behind the name.

It all began in 1972 when Jaan Terasmae, professor emeritus Earth Sciences, helped establish a link between the community of Pond Inlet, Baffin Island and Brock University. A Pond Inlet research program was created to study the sea ice in Eclipse Sound as an aid in designing vessels that could travel in the region. With support from Brock University, Munster University, the Polar Continental Shelf Project and German shipbuilding interests, several colleagues, field assistants and Terasmae set out to research the sea ice in Eclipse Sound.

Three Brock geology undergraduates and field assistants on the expedition, Wayne Jesseau (BSc ’72), Kenneth Blewett (BSc ’72) and Bryan Schreiner (BSc ’72), were unable to attend Spring Convocation prior to departing for Pond Inlet. Fortunately, the Department of Geological Studies received approval to hold a special Convocation for the students at Pond Inlet. Conducted by Michael Moore, the assistant regional director of the Council of the North West Territories, the ceremony was held May 30, 1972 with a platform constructed using a dogsled placed on gasoline drums.

“The convocation was held in the appropriate Arctic setting, on sea ice in a small cove just east of the Pond Inlet village,” said Jaan Terasmae. Wayne Jesseau receives his degree from Michael Moore, assistant regional director of the Council of the Northwest Territories, who was specially deputized as Pro-Chancellor by Brock University. Prof. Terasmae is standing behind Wayne Jesseau, the Rev. L. Dexter (Chaplain) stands in the background, and a smiling RCMP officer looks on.

The first time a Canadian graduation ceremony had been conducted north of the Arctic Circle, the Pond Inlet Convocation attracted international media attention. Several pictures and a small article appeared in Time Magazine on June 19, 1972, describing the ceremony and the significance behind it. Many prestigious Canadians were invited to join the ceremony, including future prime minister Jean Chretien, who at the time was minister of Indian Affairs and Northern Development.

At the same time all of this was happening, the building now known as the Mackenzie Chown Complex was nearing completion. A Brock Press article from January 1973 explained that the building was to be named by February 1973 and a call for naming opportunities was released. The building was officially named the Mackenzie Chown Complex, and in recognition of all of the publicity the Pond Inlet Convocation generated for Brock University, the refectory located in the new complex was named Pond Inlet.

The next time you make your way through the maze of Mackenzie Chown to reach Pond Inlet, or if you recall the great times you had in Pond Inlet, remember the significance behind its name. It’s not because the refractory overlooks a gorgeous pond and waterfall, it’s because three Brock geology students made international history at Pond Inlet, Baffin Island on May 30, 1972.