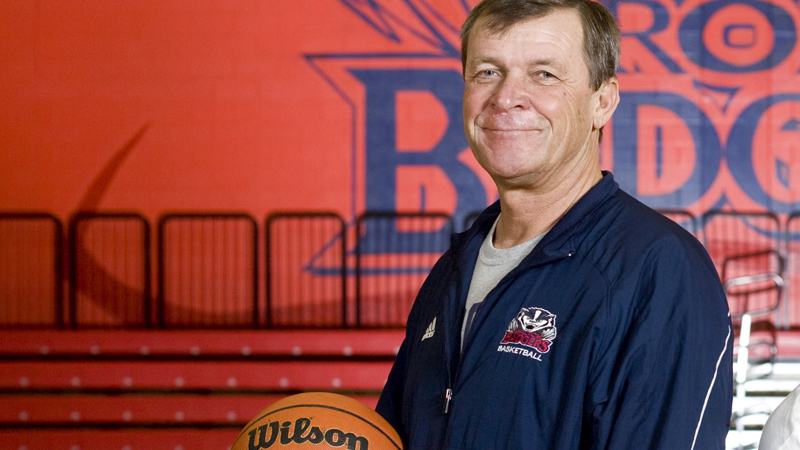 Ken Murray, whose career as head coach of the Brock Badgers men’s basketball team included two national championships, is stepping down from the position he has held for two decades.

His retirement was announced today by Brock Athletics director Lorne Adams, who has worked with Murray for many years and who paid tribute to the coach’s impressive list of accomplishments.

Murray has made an indelible mark on Brock basketball both behind the bench and on the court. As a player (1972-77) he was Most Valuable Player in all five of his seasons, and is the number two all-time OUA scorer with 1,209 points. He was Brock Male Athlete of the Year in 1975, and a four-time conference all-star.

During his 20 seasons as head coach, Murray led the Badgers to their first-ever Canadian title in 1992, then to another national crown in 2008. At 521 wins, he has the most victories of any coach in Brock history, in a career during which he was twice named CIAU Coach of the Year. He is also a two-time St. Catharines Sportsman of the Year, one of just two individuals to receive that award more than once.

“His record speaks for itself,” said Adams. “Ken has been one of the most successful coaches in Canadian Interuniversity Sport. He should be very proud of that record, and of what he has done for Brock University basketball. I’m going to miss him as a colleague, and we wish him well in the future.”

Adams said an interim coach will be named to take over the men’s team as of July 1, and a search will be initiated to find a full-time replacement.

Get The Brock News delivered to your email.