Moriyama’s legacy in bloom at Brock 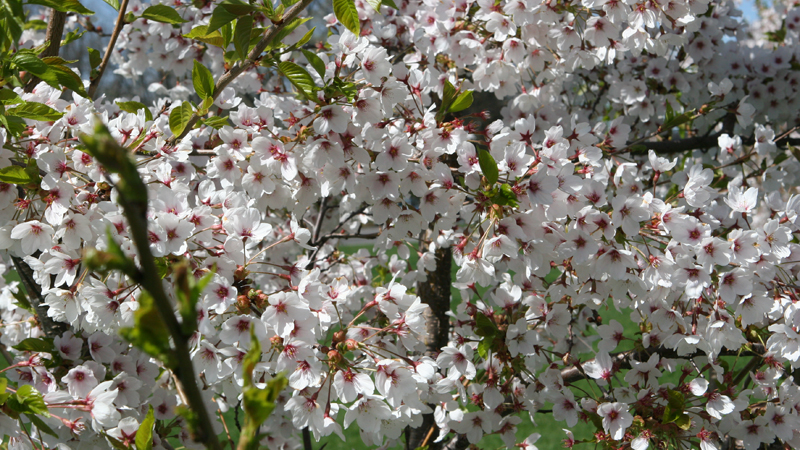 It’s springtime at Brock, and that means thousands of white blooms lighting up the grounds in front of the Schmon Tower.

Cherry blossoms have bloomed on about 100 Sakura trees. The Japanese government gave the trees to Brock in 2003 as a gesture of friendship between Japan and Canada.

The gift was part of the Sakura Tree Planting Project, which saw 3,000 Sakura trees planted around Ontario.

The trees are part of the legacy of former Chancellor Raymond Moriyama, who helped secure the gift. They were granted in a 2003 ceremony in Toronto with Moriyama and Takashi Koezuka, the Consul General of Japan. During the ceremony, Moriyama learned he had been conferred the Order of the Rising Sun, Gold Rays with Rosette, from His Imperial Majesty, Emporer Akihito of Japan. He received the honour for his work strengthening the relationship between Japan and Canada.