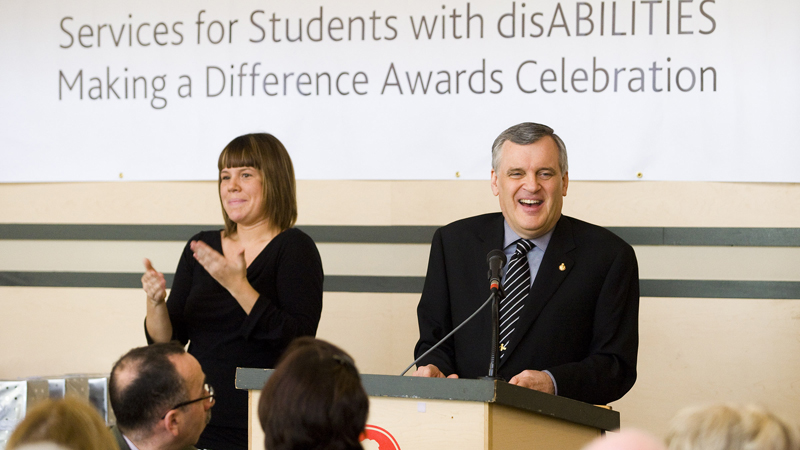 The pride and athletic prowess displayed at the Games captivated Canadians, and “much more than the ubiquitous blue sign with a white wheelchair, disabilities have become increasingly symbolized in this country by athletic competition,” he said in a speech at Pond Inlet on March 30.

“The impact of the Games cannot be overstated.”

Onley was the guest speaker at the 10th annual Making a Difference Awards luncheon, which was held by the Student Development Centre and Services for Students with disABILITIES. Accessibility, he said, is an “overreaching theme of my term of office.”

He presented awards to four members of the Brock community who have helped make the University more accessible. Lorne Adams, director of Athletics and the event’s Master of Ceremonies, received a special award for his contributions. Three faculty members — nominated by students whose lives they touched — received Making a Difference awards. They were: One comment on “Face of disability is changing, Lieutenant Governor says”