Symposium will use history to investigate health policies in Canada 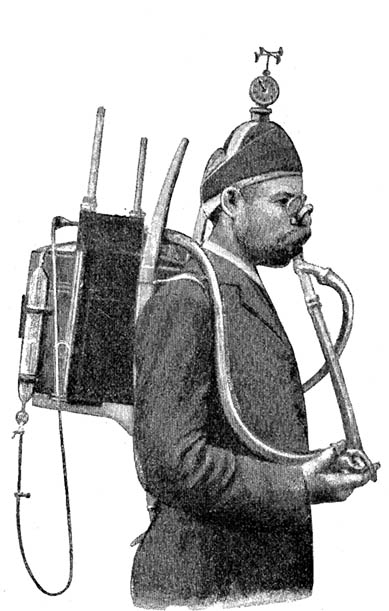 Some of the machinery and physiology testing in use today are the same as a century ago. Elizabeth Neswald and colleagues want to know why.

A Brock researcher who is digging into our nutritional past hopes to impact the future of health policies in Canada.

Elizabeth Neswald, associate professor in the History department, will use money recently granted by the Canadian government to hold a symposium at Brock this summer focusing on the history and politics of nutritional practices.

The two-day event will be more than a chance for colleagues from around the world to get together and swap notes on their research. The symposium will include invited guests from today’s public health schools, and will include opportunities for asking critical questions about current public health policy.

“If you look at the history of nutrition you can contribute to the understanding of the practices of today. Some assumptions are still the same. We need to take a step back and critically examine how these ideas developed,” said Neswald, who is Brock’s first professor of the history of science and technology.

Neswald’s research focuses on the emergence of nutritional physiology in Germany and North America between the years of 1850 and 1918. In this time and place, counting calories began; the human body began to be seen as an engine that needed fuel to keep it going. Knowledge about the importance of vitamins only came later, especially after the First World War.

“Many of the models and theories we still use today were developed during this time period. Looking at our bodies as machines – this is something we need to take a step back from,” she said, noting issues such as obesity or “functional” foods become quality issues, not just quantity issues.

She added that exploring this historical perspective through the symposium will provide a background for popularly held assumptions about food, nutrition and digestion. This knowledge will then aid health-care practitioners and professionals in understanding how discipline-specific perspectives developed and in bridging the cultural divide between expert and layperson in communicating nutritional and dietary information. In other words, these health-care representatives will have a say in how health policies are developed and implemented in the future, and knowing about their own history can support them in developing effective communication policies.

Neswald received nearly $15,000 from the Canadian Institute of Health Research (CIHR) under the Meetings, Planning & Dissemination Grant: Institute of Nutrition Metabolism & Diabetes program for her project, entitled: “Setting Standards: The History and Politics of Nutritional Theories and Practices, 1890-1930.”

The symposium will be held at Brock Aug. 13 and 14 and includes invited guests from Canada, the United States, Britain and Germany. Speakers include Brock’s own Ian Ritchie, an associate professor with the department of Physical Education and Kinesiology who studies the ethical implications of historical developments in high-performance sport and the scientific and bio-medical applications that have shaped concepts of the body and performance in modern sport. Aleck Ostry, another speaker, is Canada Research Chair in Social Determinants of Community Health at the University of Victoria and author of Nutrition Policy in Canada (1870-1930), as well as many other articles on Canadian food and public health policy.

Neswald’s former colleague and co-organizer, Dr. David Smith, is an international expert on the history of nutrition, and will travel from the University of Aberdeen in Scotland to talk about his research on the history of nutrition and nutrition and food policy in 20th-century Britain. Smith researches historical debates on protein and calorie needs as wells as the impact of class and gender on nutrition.

The symposium intends to produce an edited volume on its results to reach an even wider audience.

Neswald, who came to Brock in 2006, currently holds a five-year grant from CIHR to investigate the history of energetic theories of nutrition in late 19th- and early 20th-century Germany and the United States, and the translation of these physiological theories into nutritional practices.