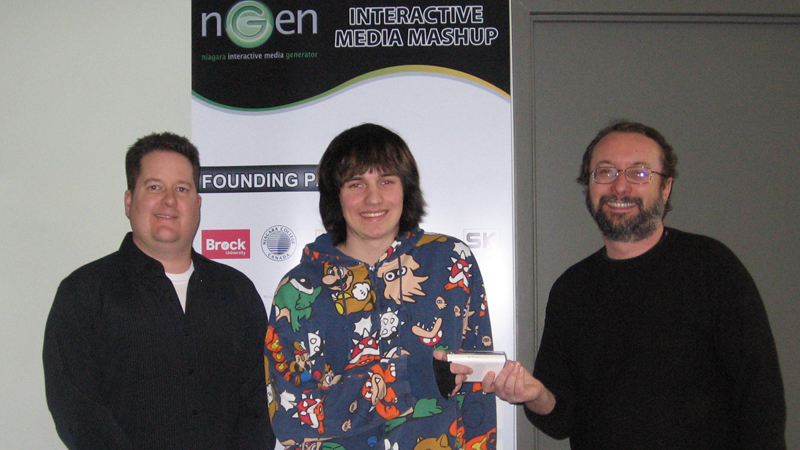 The competition resulted from a January seminar called Game Design 101, which was hosted by nGen and presented by Dragonchess Interactive Inc. Professor Martin Danahay asked high school students in attendance to pitch an idea for a new game.

A group of Interactive Arts and Science students chose the winner. Designing video games is taught as part of Brock’s interactive media curriculum.

“I’m delighted to work with nGen to encourage the next generation of game designers in the Niagara Region, who I hope will follow in the footsteps of Denis Dyack, CEO of Silicon Knights, and get a degree from Brock and go on to found their own local video game company,” said Danahay, director of the Interactive Arts and Science program.

“We were very pleased with the turnout,” said Jeff Chesebrough, nGen executive director.

Webb was awarded his prize on Feb. 19.