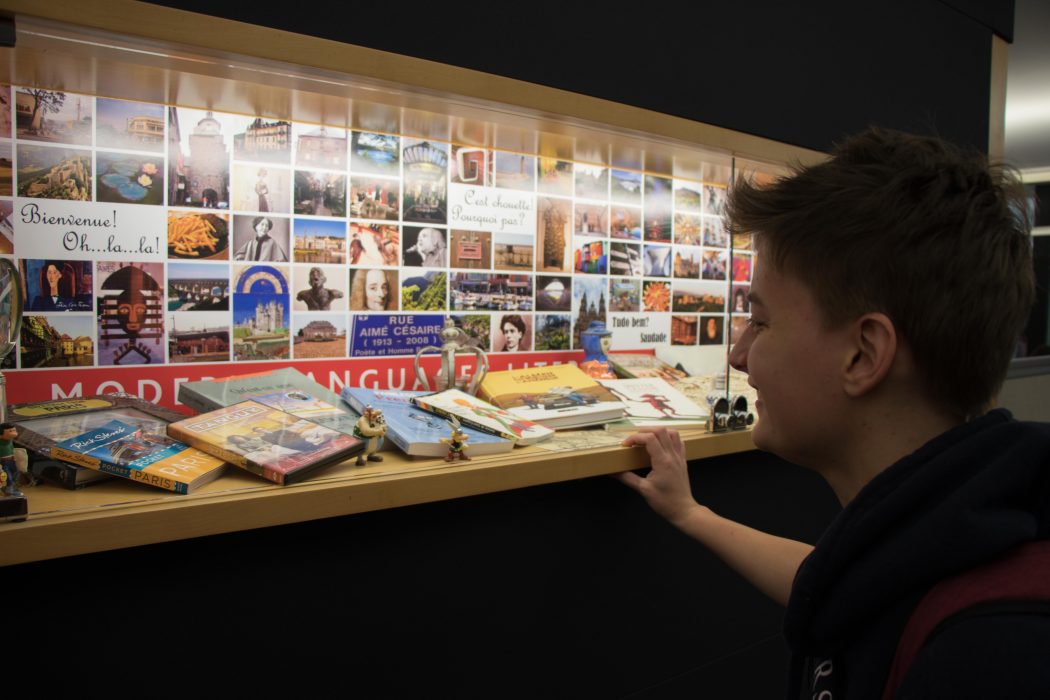 Agusia Krzywinska, a fourth-year GAME student, pauses to take in the Voyage of Discovery: French, Italian, German, and Hispanic & Latin American Cultures display in the Learning Commons. A second display is also featured in the Thistle hallway. Both celebrate cultures and languages that can be studied through the Department of Modern Languages, Literatures and Cultures. Diane Bielicki, a lecturer in the Department, created the exhibit with weekly challenges and prizes, which are posted on the Department website. This week's challenge is to find the clever joke in the display and come up with a similar one yourself. The Voyage of Discovery will be running until Friday, Sept. 27. Responses to the weekly challenge can be sent to Bielicki at dbielicki@brocku.ca