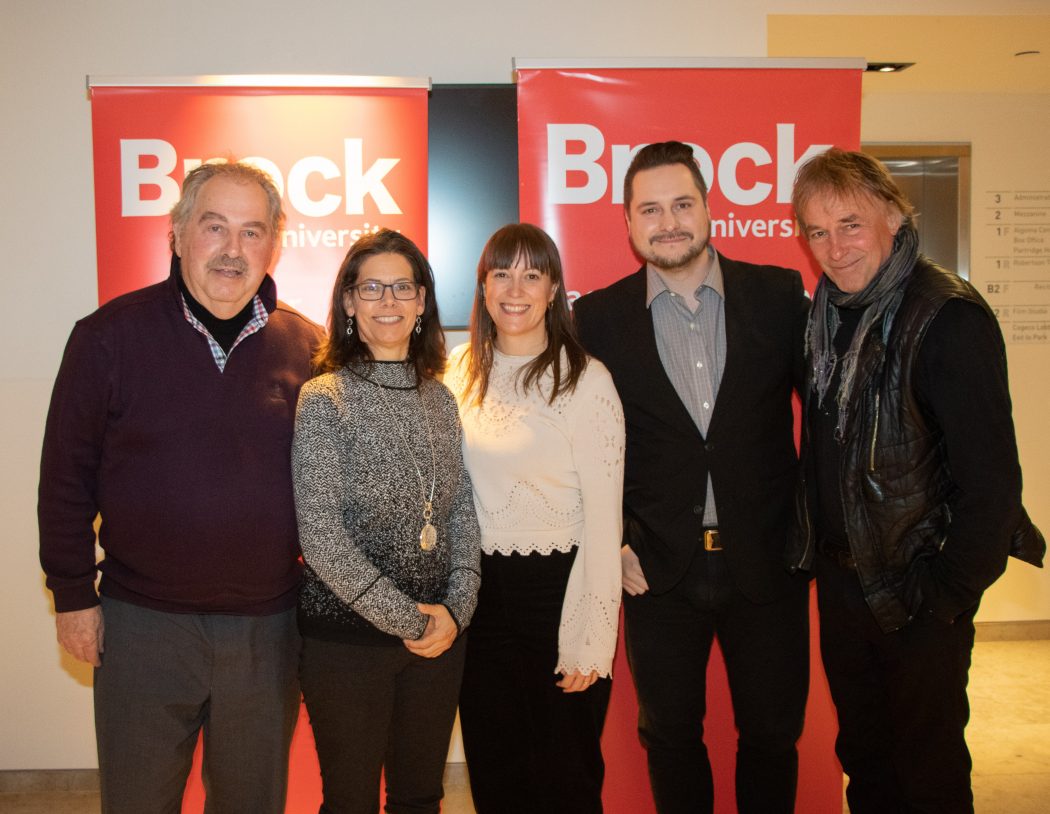 Several dozen hockey fans braved a snowstorm this past Saturday, Nov. 19 to mark the 50th anniversary of the 1972 Summit Series with a film screening and discussion panel organized by Brock’s Centre for Sport Capacity. It was the only Niagara region screening of the documentary film Ice-Breaker: The ’72 Summit Series by Robbie Hart, which is based on the book Ice War Diplomat by former Canadian diplomat in Moscow Gary Smith. The screening was followed by a panel discussion and audience question-and-answer featuring Hart and Smith alongside Taylor McKee, Assistant Professor of Sport Management, and Julie Stevens, Professor of Sport Management and Director of the Centre for Sport Capacity. The panel was moderated by Elizabeth Vlossak, Associate Professor of History and Associate Dean with the Faculty of Humanities. The event, which also included a book signing by Smith, was held at the FirstOntario Performing Arts Centre Film House on Saturday, Nov. 26. Pictured from left are Smith, Stevens, Vlossak, McKee and Hart.