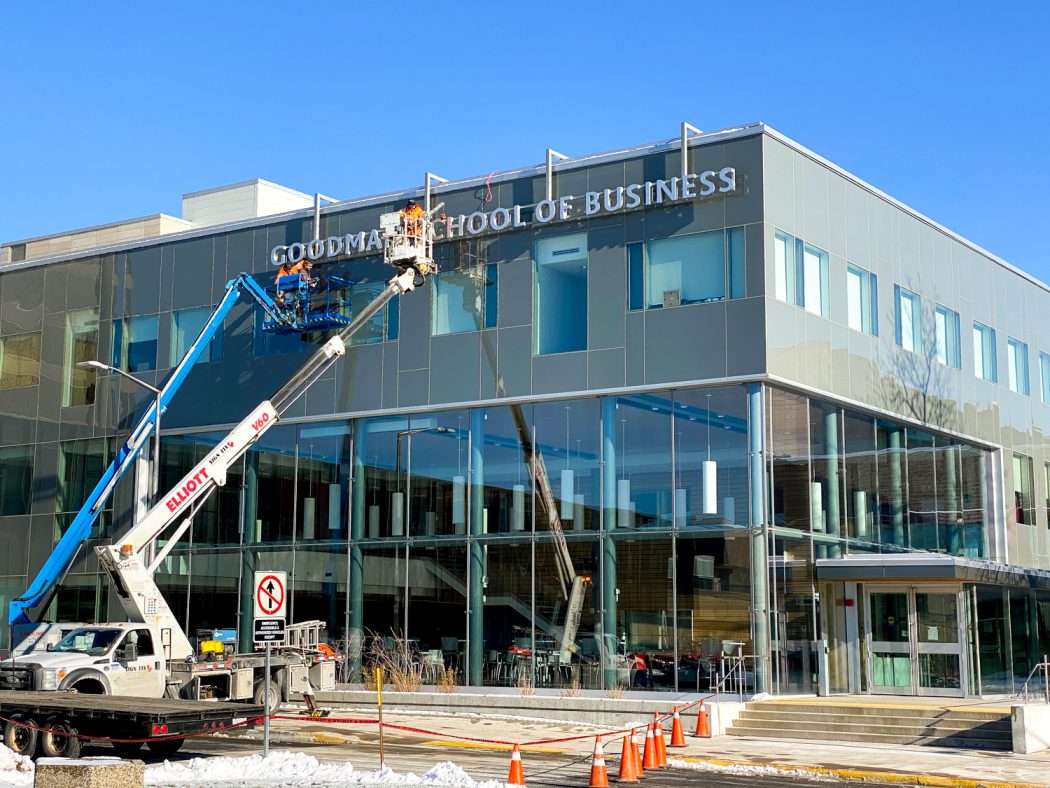 Workers were busy Friday, Dec. 18 installing signage on the Goodman School of Business building. The addition of letters to the building’s west side follows its official opening in Feb. 2019. The $24-million expansion, which began in Oct. 2016, includes six new and nine modernized classrooms; a new Bloomberg financial research lab; five new employer interview rooms; additional offices; new graduate study and faculty research space; and a two-story atrium that is used for events as well as student study and social space. In all, there is 79,000 square feet of new and renovated space. The Goodman School of Business is named after Ned Goodman, a businessman, investment leader and former Brock University Chancellor, who contributed a significant gift to the School in 2012.