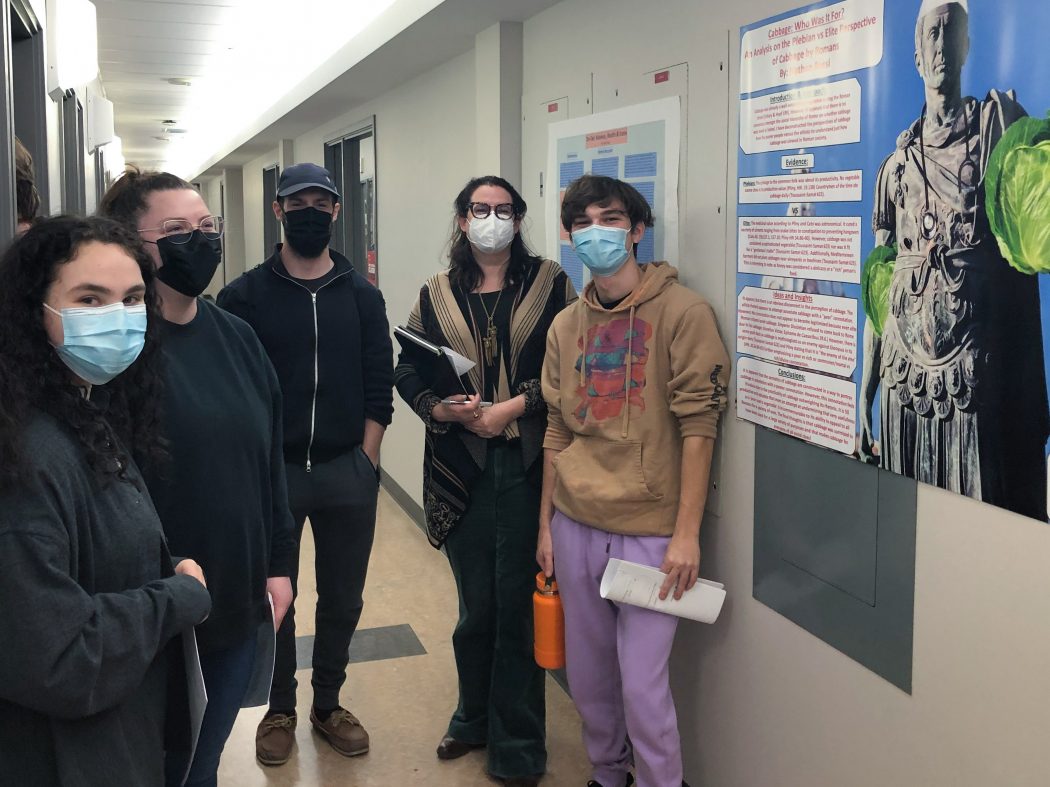 There might be snow in the forecast, but you can still get your gardening fix thanks to students in CLAS 4P67 “Nature and the Roman Environment.” Students unveiled their poster display exploring flora and fauna of the ancient world earlier this month. Over the past semester, students have been investigating how current thinking about the relationship between humans and nature stems from Roman understanding of nature. Drawing on ancient images and texts including Virgil’s Georgics, Pliny’s Natural History, Ovid’s Metamorphoses and Varro’s Country Matters, students explored themes of imperial identity, economic class and gender in how Romans perceived and used nature. Part of their final project was a poster project using ecocriticism to explore the role of specific plants and animals in the Roman world, including cabbage, bees, eels, cherry, pine, iris and pomegranate. The course was taught by Katharine von Stackelberg, Associate Professor of Classics. Posters will be on display in the Department of Classics until the end of Winter Term.