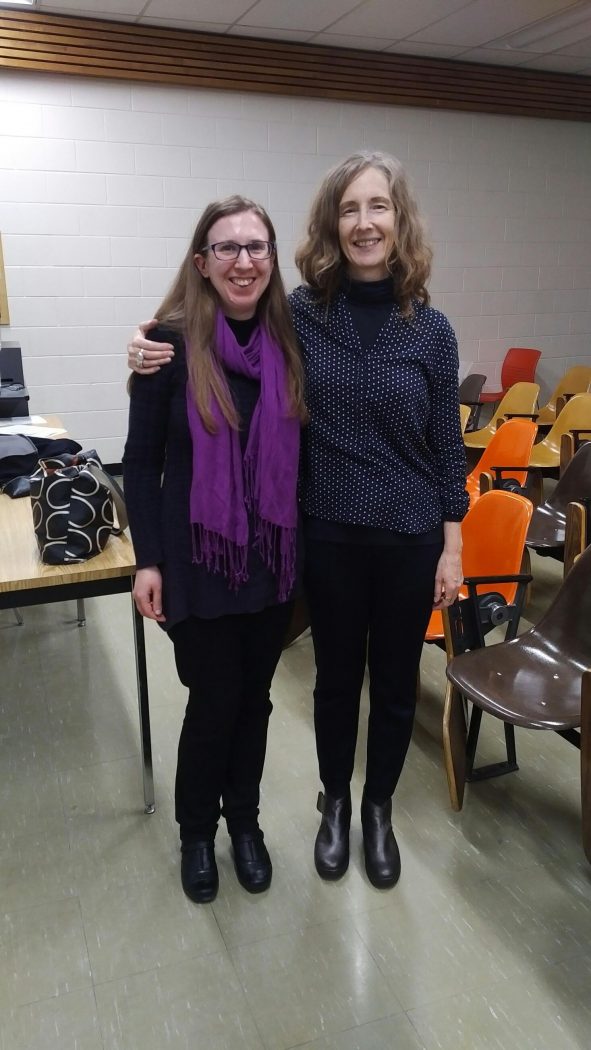 Professor Allison Glazebrook of the Department of Classics is currently touring western Canada for the Classical Association of Canada’s lecture tour. She will be visiting and speaking at eight institutions, including the Universities of Manitoba, Winnipeg, Alberta, Lethbridge, Victoria, British Columbia and Simon Fraser University. Glazebrook spoke at the University of Calgary’s Department of Classics and Religion on the topic of ancient Athenian male and female sexual labour on Tuesday, Nov. 5, where she met up with recent Brock graduate Jessie Johnston (left in the photo). Johnston is currently working on her PhD in Classics at Calgary.