Carols and cards of Christmases past 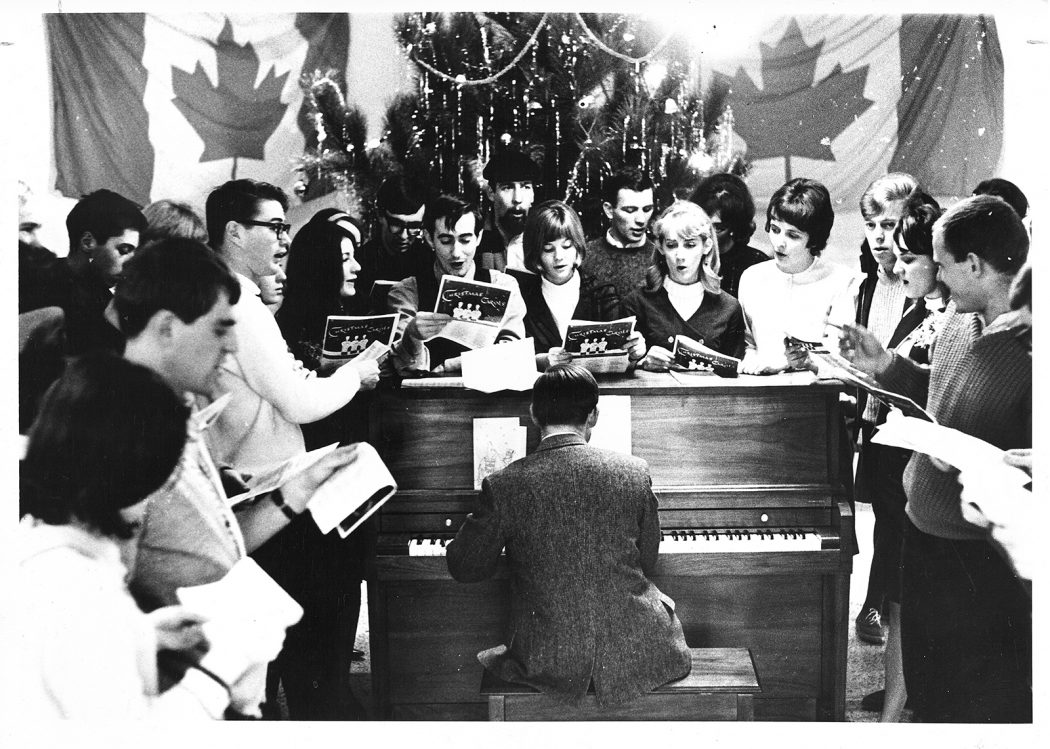 A dozen Brock University students are shown gathered around an upright piano to sing Christmas carols in a photo from 1965. The image is one of several holiday-themed items of interest found in the Brock University Library Archives and Special Collections. A letter to a daughter from her father, who was stationed in England commanding the 35th Battalion of the Canadian Expeditionary Forces during the First World War, asks if Santa Claus has visited yet. A photo of a family sitting in a one-horse open sleigh in Queen’s Park, Toronto seems right out of a Christmas carol. The photo from the Percy Carruthers Band fonds shows young Percy with his parents Charles and Jessie in 1896. Percy would marry Margaret Woodruff of St. Catharines after the First World War. Victorian Christmas cards from the Woodruff Family fonds include an illustration of three cats and an illustration of books with a feather pen. (Click on the images to enlarge them).