A look back in time 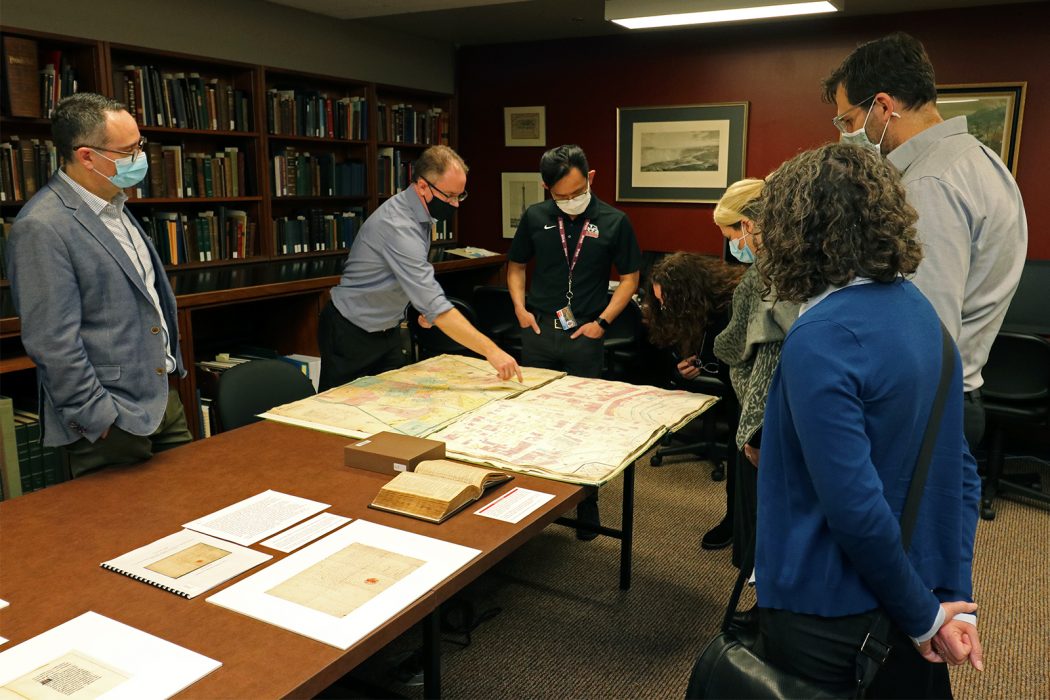 A letter signed by a king, samples of 19th century photography and a publication illustrated by a famous artist were some of the treasures on display in the Brock University Library Archives and Special Collections Tuesday, Nov. 30 as part of a tour for members of Brock’s leadership team. In this photo, David Sharron, Head of Archives and Special Collections, displays fire insurance plans and maps of St. Catharines from 1913 and 1935. To the left of the maps is a 1599 edition of the Geneva Bible, which Sharron said was an important part of the reformation and literature in England. Other notable items included on the tour were a letter from 1579 signed by King James VI of Scotland (the future King James I of England); a book of regulations and orders of the British Army from 1804 that belonged to and was signed by Maj.-Gen. Sir Isaac Brock; a 1969 Alice in Wonderland art book illustrated by Spanish surrealist artist Salvador Dali; and samples of early photography, such as daguerreotypes, ambrotypes and tintypes, all with a Niagara focus. Pictured from left are Mark Robertson, University Librarian; Sharron; Ken Chan, Vice-President, Administration; Jennifer Guarasci, Associate Vice-President, Human Resources; Suzanne Curtin, Vice-Provost, Graduate Studies and Dean, Faculty of Graduate Studies; Edward Wall, Associate Vice-President, Ancillary Services; and Michelle McGinn, Associate Vice-President, Research.