Brock community stops to reflect on days of remembrance 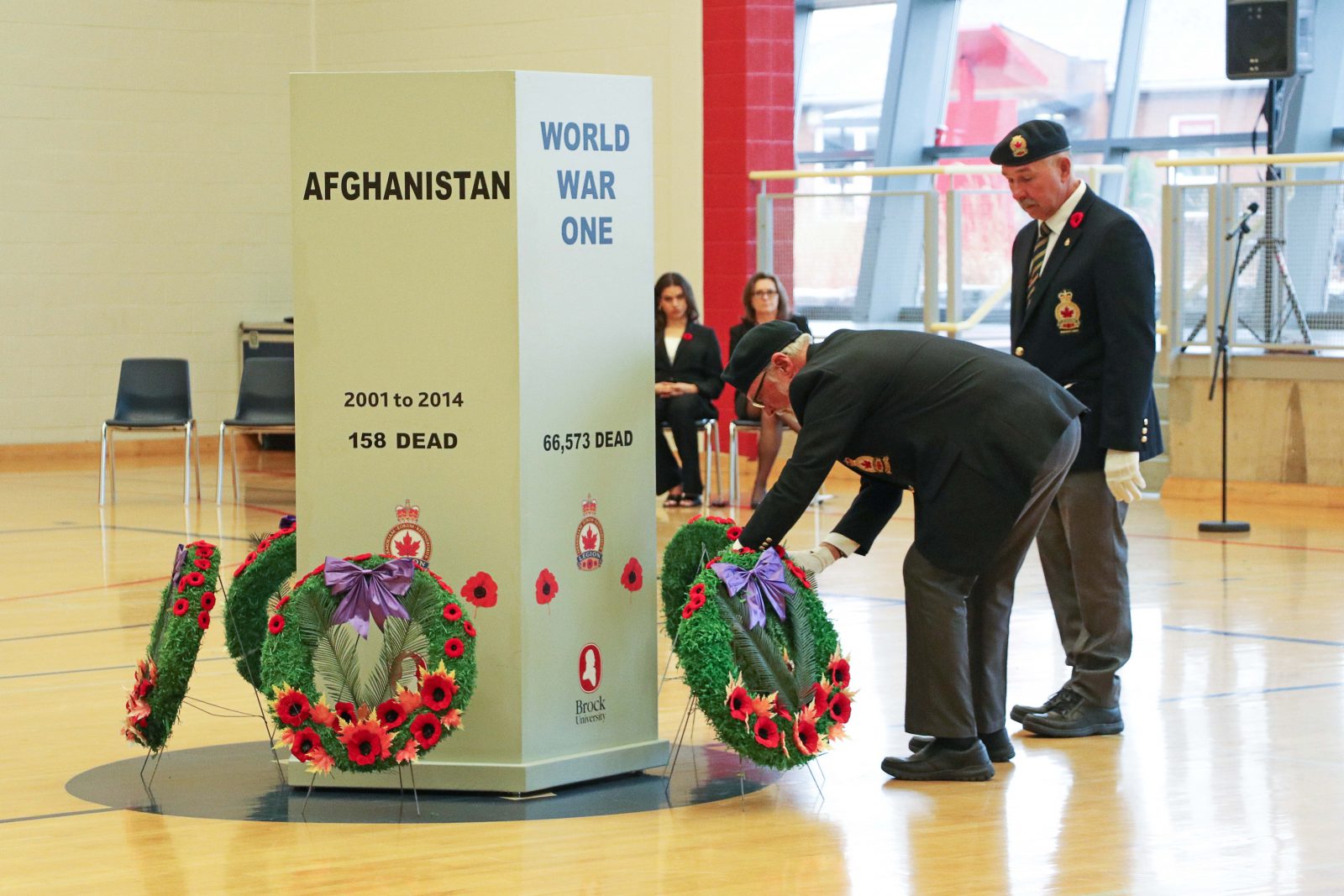 John Cuthbert and Ken Smalko, of the Royal Canadian Legion Branch 17 in Thorold, lay a wreath at Brock's cenotaph during a Remembrance Day ceremony held on campus Friday, Nov. 11.

The courage and sacrifice of all veterans was on the mind of the Brock community during two important days of remembrance this week.

The University marked Indigenous Veterans Day on Tuesday, Nov. 8, encouraging faculty, staff and students to reflect on the contributions and sacrifices of First Nations, Métis and Inuit Peoples to Canada’s war and peacekeeping efforts.

On Friday, Nov. 11, the University continued its reflection, paying tribute to the brave men and women who sacrificed for this country during an in-person Remembrance Day ceremony held in Ian Beddis Gymnasium.

Lynn Wells, Brock Provost and Vice-President, Academic, delivered opening remarks for the ceremony, which included a traditional Indigenous flag song and flag retreat song, a bugle and pipes, the singing of O Canada, the reading of the poem In Flanders Fields and the placing of wreaths in front of the Brock cenotaph.  A moment of silence was also held at 11 a.m.

More information about Indigenous Veterans Day and Remembrance Day is available on brocku.ca/remember