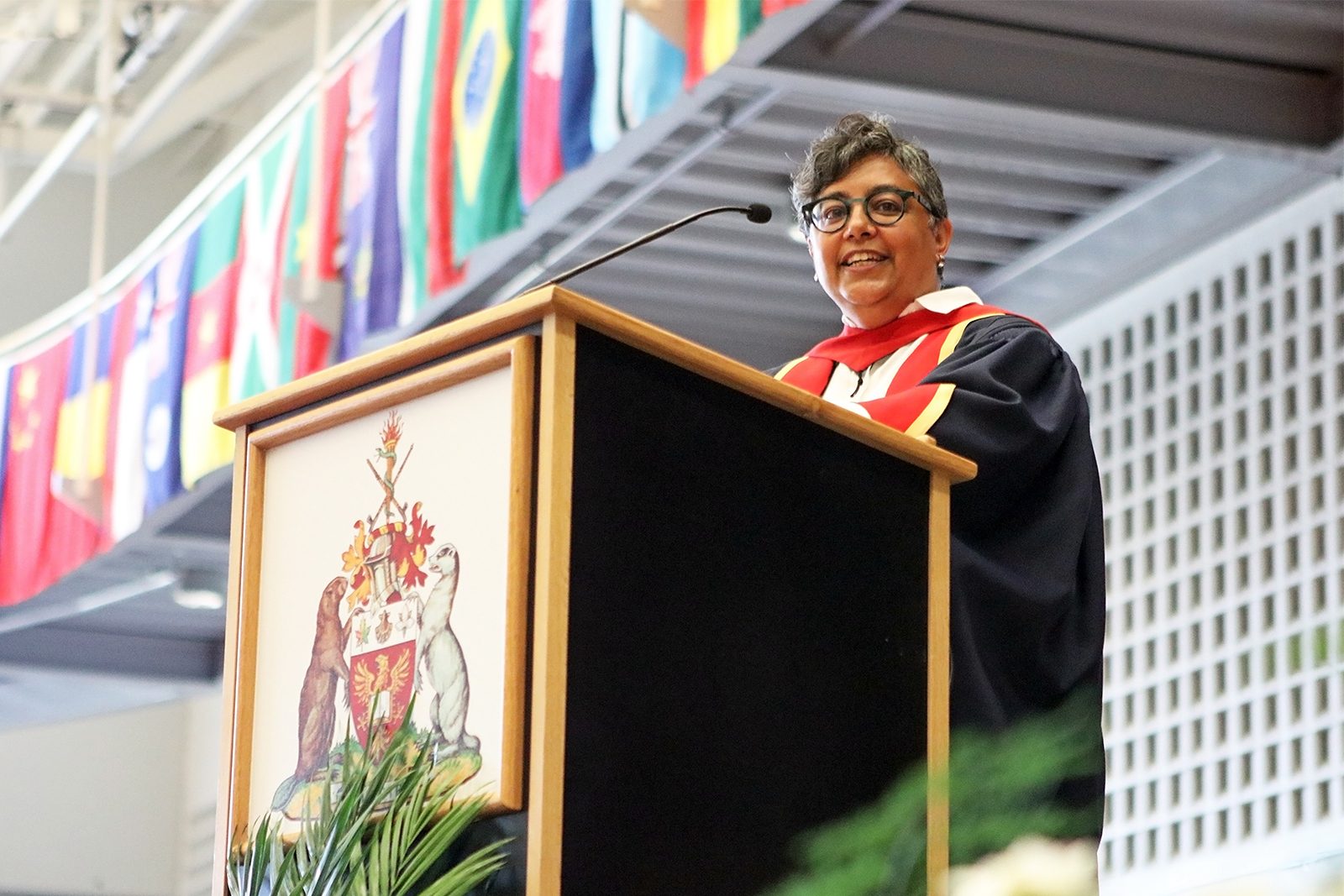 Deena Ladd, a champion of workers’ rights, received an honorary doctorate and delivered the Convocation address during the morning ceremony on Tuesday, June 14.

The Brock community, as well as the public, is invited to submit nominations for individuals they feel are deserving of an honorary degree from the University.

The Governance Committee of Senate is seeking nominations for potential honorary degree recipients. Nominations can be submitted throughout the year; however, nominations are encouraged now so they can be considered for Convocation ceremonies next spring.

Any member of the Brock or wider community can submit nominations.

Honorary degrees are awarded on the basis of merit in either significant high-quality scholarly and/or creative work; or excellence in achievements deserving recognition, including meritorious public or humanitarian contributions to the University, the region, Ontario, Canada or internationally, and outstanding achievement and/or service in any area of interest to the University.

The Senate Governance Committee reviews, in confidence, all nominations received and will forward its recommendations to Senate for consideration. Senate does not report on its deliberations because of confidentiality, but those approved at Senate are added to the University’s List of Proposed Honorary Degree Recipients for all Convocations at which an honorary degree is to be awarded, and the President will select recipients from the list.