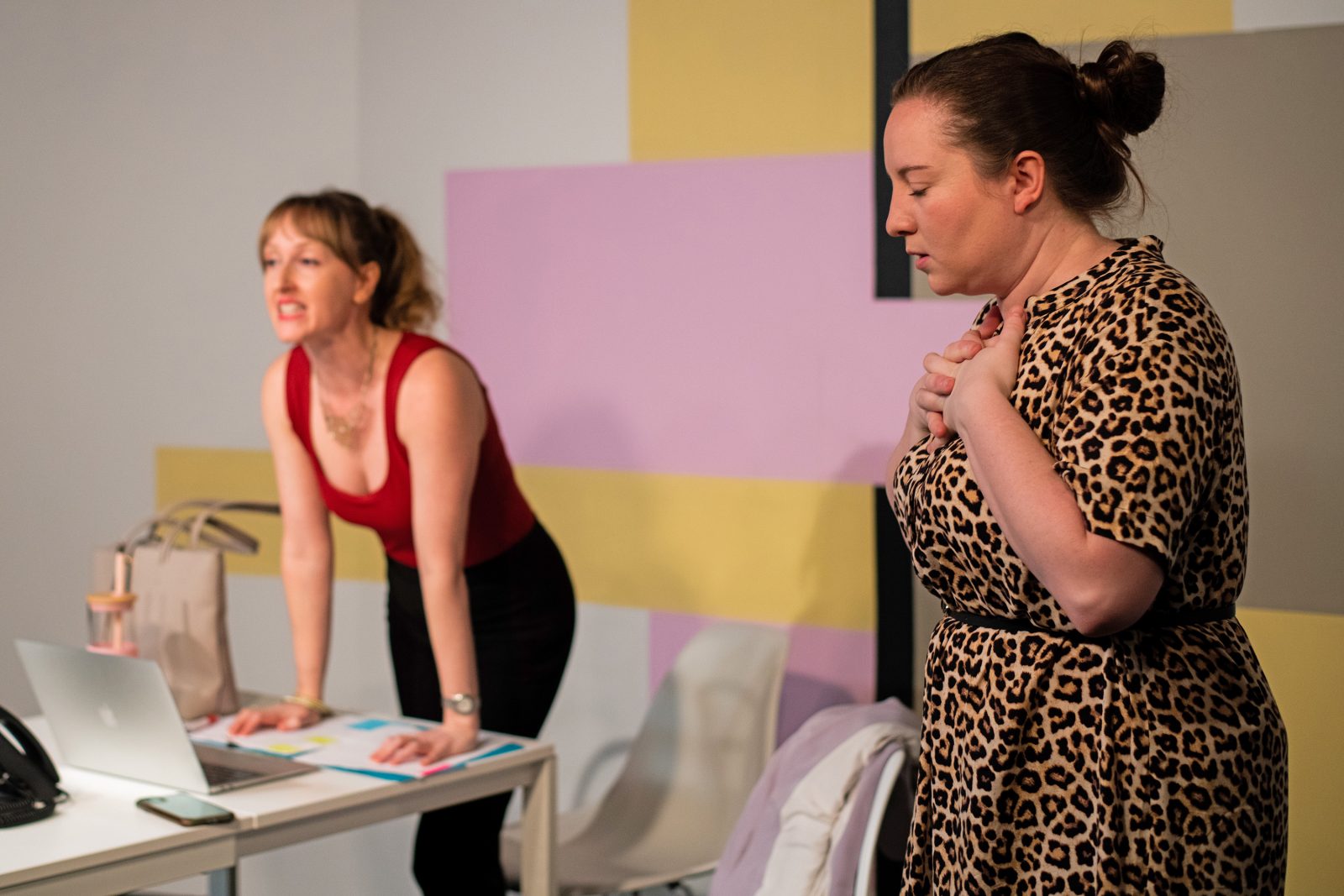 Brock graduate Cass Van Wyck (right) performs in The Huns, for which she was nominated for a Dora Mavor Moore Award.

For Brock University Dramatic Arts graduate Cass Van Wyck (BA ’13), two recent award nominations are about more than the potential hardware she could be taking home next week.

The Dora Mavor Moore Award nominee believes the recognition is also a nod to the resilience of the performing arts community as it emerges from the depths of the COVID-19 pandemic.

“When COVID hit, it was a very difficult time and there was a lack of motivation, especially given the restrictions,” she said. “As we slowly got back into it with the reopenings, the two productions I was part of were really a sign of resilience and a celebration of getting back into the rhythm of life.”

Van Wyck said receiving two Dora Award nominations in the Outstanding Performance by an Individual in the Independent Theatre Division category for her performances in Minutes to Midnight and The Huns was “the cherry on top” and “ truly the surprise of a lifetime.”

The Dora Awards recognize artistic excellence and unite the disciplines of theatre, dance and opera to celebrate and strengthen the performing arts in Toronto.

Van Wyck is the Creative Director of One Four One Collective, an independent Canadian theatre and film production company that she and fellow Brock alumni launched after graduation.

The production company’s name reflects their time at the University, where it all began.

“We created the One Four One Collective as a way for all of us to collaborate and make productions together. The name of the company was a nod to one of our favourite rehearsal spaces in the basement of the Schmon Tower, where there was this beautiful space with floor-to-ceiling windows that looked over the escarpment,” Van Wyck said. “Although we don’t collaborate anymore, we still have a strong relationship, and they continue to be huge supporters of mine. I am constantly grateful for their lifelong friendship.”

Van Wyck has put out a total of four productions under One Four One Collective and works as a Co-Artistic Director with the Assembly Theatre in Toronto. Both Minutes to Midnight and The Huns were collaborative projects by both production companies.

She’s grateful for the support of the team she was surrounded by throughout the productions.

“I was incredibly fortunate to work with remarkable artists this past year in both productions. The heart, resilience and strength are truly the reason these shows happened,” she said. “Producing and doing independent theatre work with little resources is hard in the regular world, but with a pandemic, it becomes nearly impossible. These nominations are a result of an amazing team that was able to come together. Even without the nominations, I am so proud of the work we’ve done together.”

The Dora Mavor Moore Awards will be presented during a ceremony held Monday, Sept. 19 at the Elgin and Winter Garden Theatre Centre in Toronto.