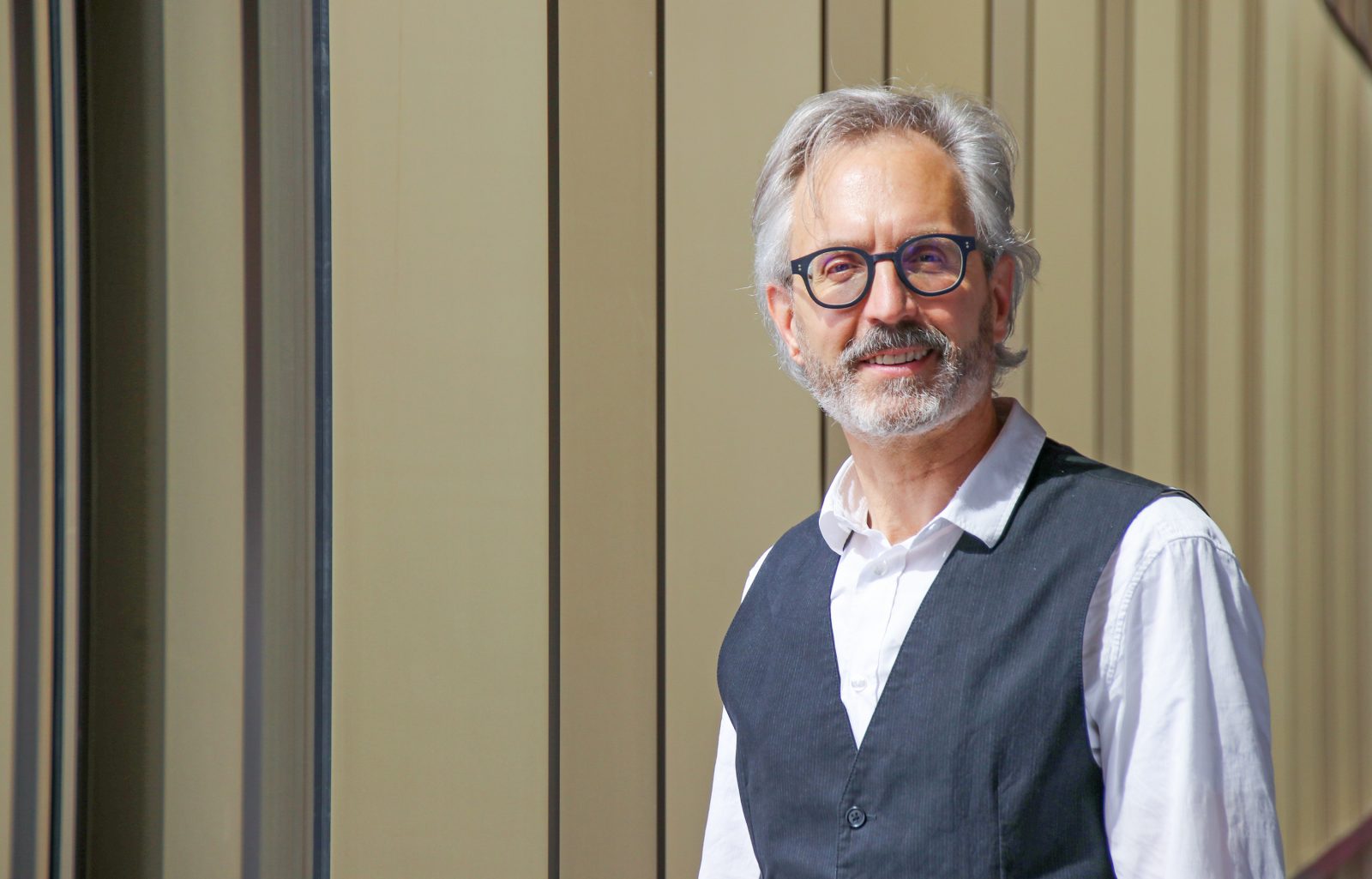 Scott Roper, Project Manager with Brock’s Campus Planning and Project Management department, is retiring after 22 years of working on many of the University’s major infrastructure projects.

Scott Roper believes a building is more than the sum of its parts.

Beyond style and square footage is thought and vision. Behind every door and ceiling selection is purpose-built design.

More than anything though, Roper believes a building can evoke emotional responses from its occupants, shape their perceptions and inspire their actions.

As Roper prepares for retirement after 22 years as a Project Manager with Brock University’s Campus Planning and Project Management department, he reflects on the numerous construction projects he’s been involved with and the impact the buildings have had on their occupants. 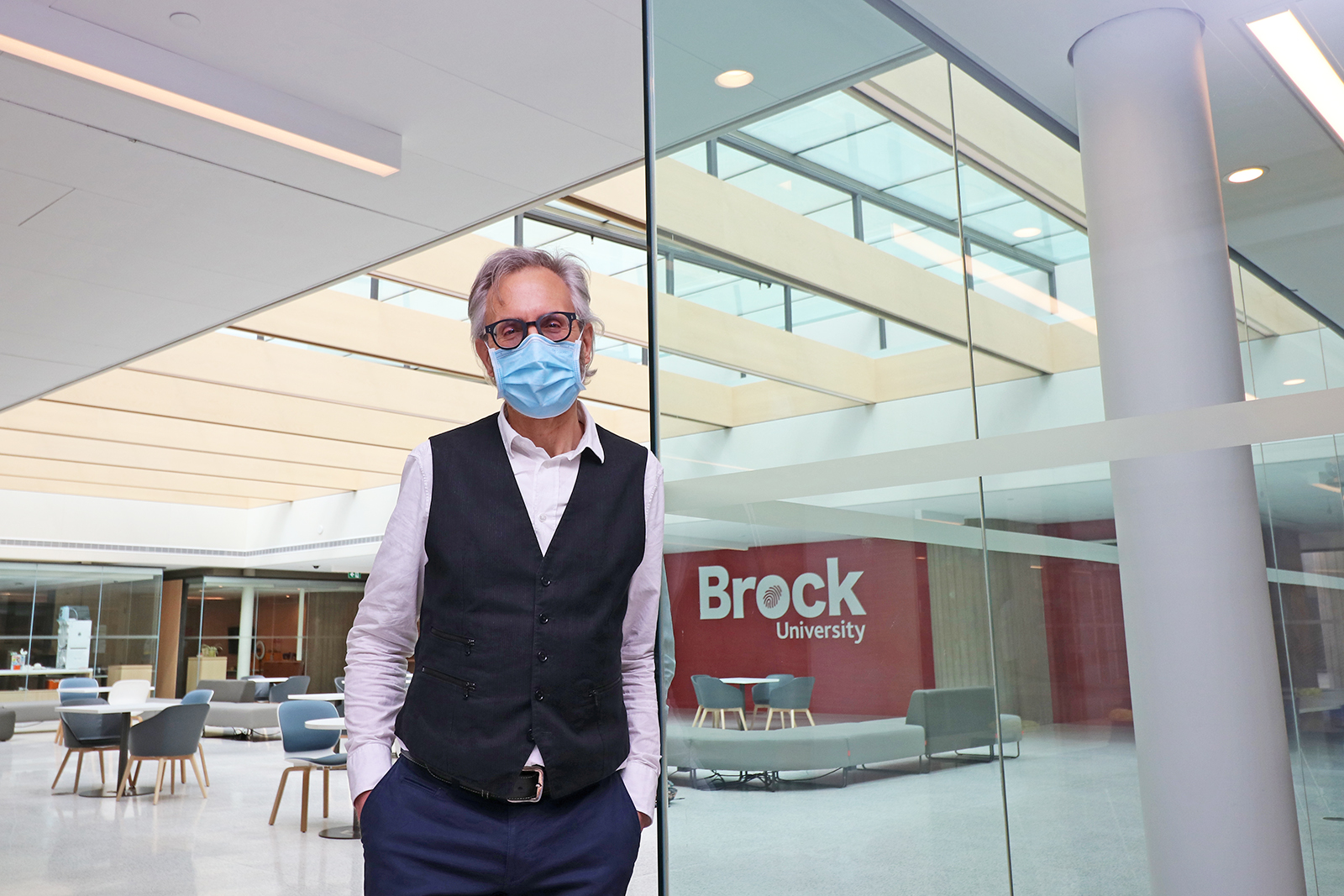 Scott Roper stands in Brock University’s Rankin Family Pavilion, one of the several major infrastructure projects he worked on as a project manager.

Roper began his career at Brock in 2000 assisting with projects such as Earp Residence, Walker Sports Complex, Scotiabank Hall and South Block. More recent projects include the Marilyn I. Walker School of Fine and Performing Arts (MIWSFPA), Market Hall and the Rankin Family Pavilion.

“With many of these building projects, I feel we’ve created an inspirational environment that raises people’s sense of being,” he says. “The building has to feel relevant to each person — to what they do and how they think about themselves.”

He says great design accommodates the interests and well-being of individuals, and can optimize the way people learn, work and make the most of their time on campus.

“Buildings can make life better in the most practical sense but also in an attitudinal sense,” he says. “For example, students might spend more time in a space than they expect because they feel it’s a positive place where they can be themselves and focus on the task at hand.”

A large part of Roper’s role was to consider how a building would affect people’s overall perception of the University.

When working on the Rankin Family Pavilion, for example, some of the design proposals he received were for grandiose spaces — but that wasn’t on brand for Brock.

“A reactive solution to a university wanting a new front door is to make it big and voluminous,” he says. “I’m glad this wasn’t the route we chose because what we have now is a human-scaled space with lots of light and interest. It’s reflective of how I see Brock: There’s modern spatial complexity and detailing, elegant colour and material palettes, and awareness of the vitality of people in a wide range of activities.”

In addition to the Rankin Family Pavilion, Roper’s favourite spaces at Brock include the entrance to the Walker Sports Complex, the space around the Ian Beddis Gymnasium, the south corridor in South Block (with the tall windows) and anywhere at the MIWSFPA downtown.

“I like knowing I had something to do with many of the buildings, which have hopefully had a positive impact on the way people study and work at Brock,” he says. 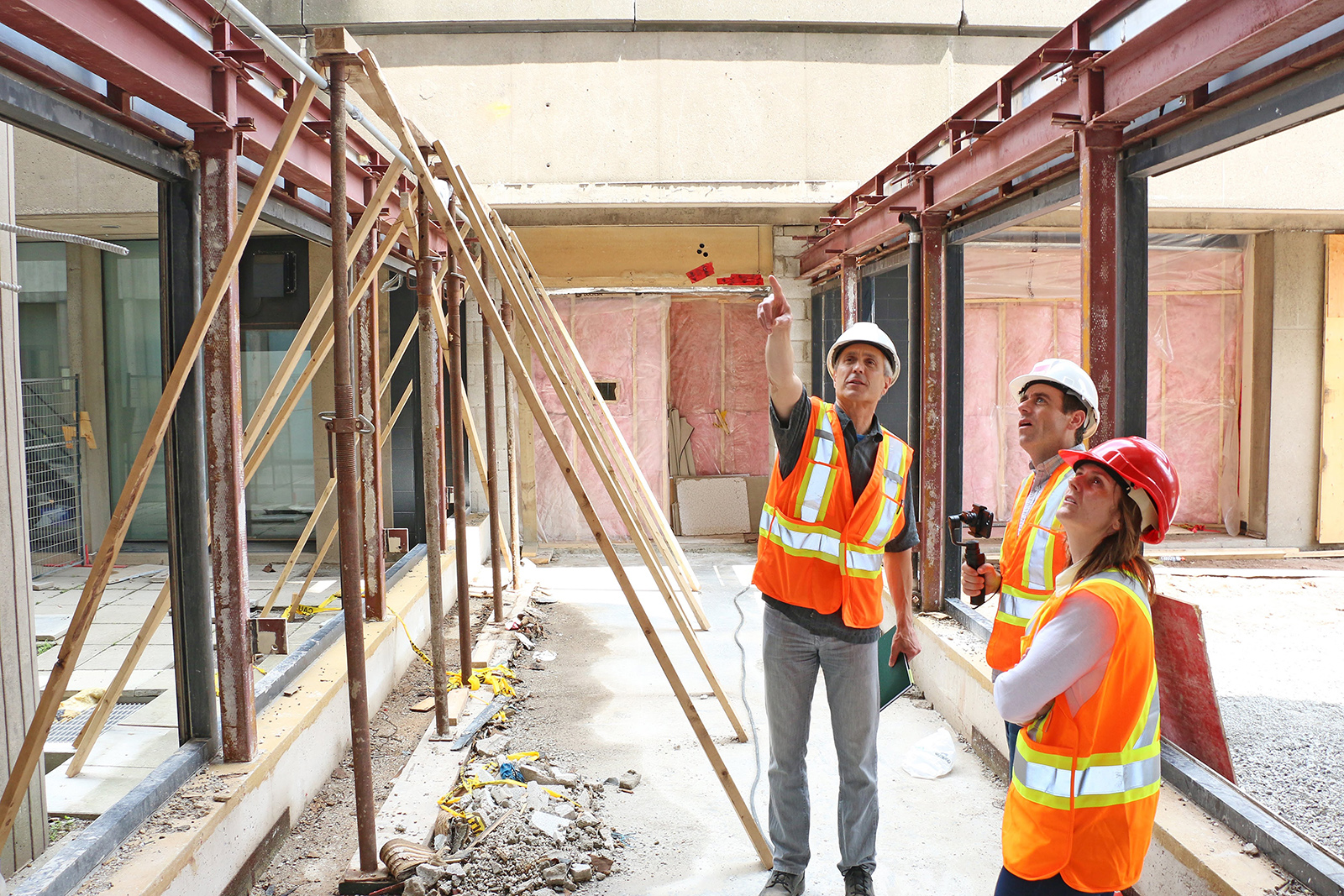 Scott Roper points out developments on the Rankin Family Pavilion to Dan Dakin, Manager, Communications and Media Relations, and Geraldine Jones, Registrar. They are standing in what used to be the narrow passage that connected Schmon Tower to Thistle East. (July 2017)

With retirement set for Friday, April 29, Roper will be redirecting his focus from Brock’s buildings to the spaces, landscapes and waterways in Niagara and beyond.

“Everything I felt about the Brock experience and how we as a community inhabit this physical environment I want to do for my own home, and explore in my community and faraway places,” he says.

In addition to exploring Niagara by foot, bicycle and boat, Roper will be spending some of his retirement touring Denmark, Sweden and Norway with his wife. The couple plan to live in each country for several weeks so Roper can experience first-hand how people relate to its landscape and infrastructure.

“I’m fascinated with people’s perceptions of built space and how they relate to it,” he said. “I’m looking forward to going after new experiences with the vigour I’ve tried to apply to my projects at Brock.”