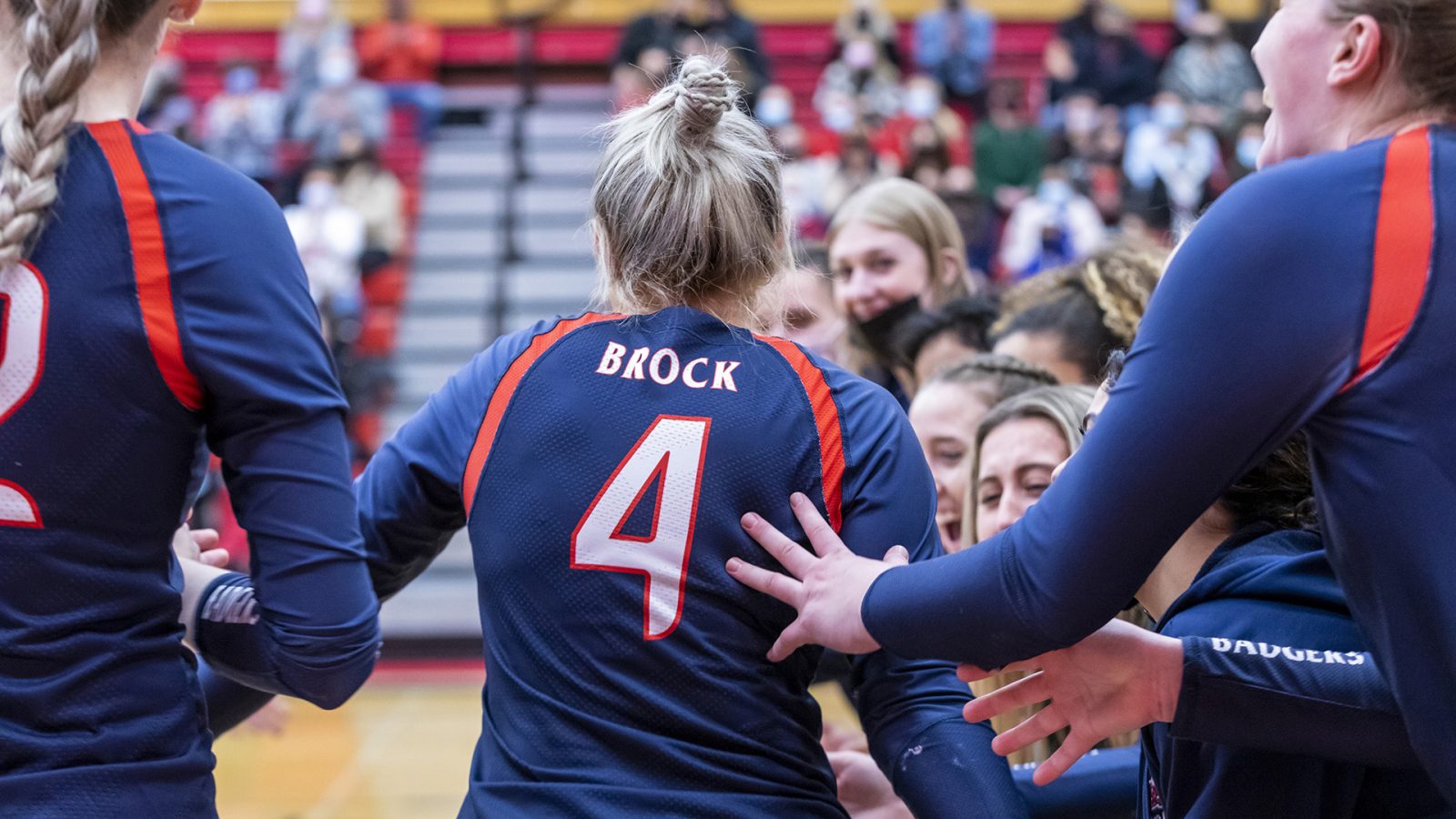 The Brock women’s volleyball team is ranked fourth in the country after a pair of wins over McMaster last week.

The Brock Badgers have six teams in the U SPORTS Top 10 national weekly rankings as of Tuesday, Nov. 23.

Brock has six out of eight possible teams represented across the national rankings for winter sports: basketball, hockey, volleyball and wrestling.

U SPORTS releases the Top 10 rankings each Tuesday using calculations based on results and voting from sports media or coaches.

The three women’s teams all climbed up to the top half of the rankings after successful weeks of competition, while men’s wrestling and men’s basketball remained in their previous placings.

The Brock men’s hockey team (4-1-1) made its rankings debut at No. 6, after a pair of wins over the York Lions.

The No. 4-ranked women’s basketball team jumped two spots from No. 6 after defeating the Windsor Lancers 86-63 on Saturday, Nov. 20 to improve to 5-0.

“It’s cool to see where all of the teams rank across the country, but we don’t worry too much about what teams we have to look out for,” said women’s basketball forward Samantha Keltos. “We scout the team that’s in front of us that week. But, then, it’s all about getting better every day to get to the end result.”

The No. 4-ranked women’s volleyball team shut out McMaster in a home-and-home series last week to move up two spots in the rankings.

“You always want to be No. 1, but this is a great start,” said women’s volleyball outside hitter Madison Chimienti. “We’re on the radar, but we’re always pushing forward. Facing adversity will only make us better.”

The Badgers are 3-0 to start the season and have dropped only one set in the regular season of Ontario University Athletics (OUA). Brock also didn’t drop a set through exhibition play.

The points boosted them up a spot to No. 5.

The men’s wrestling team placed second at the York Open and maintained their No. 3-ranking.