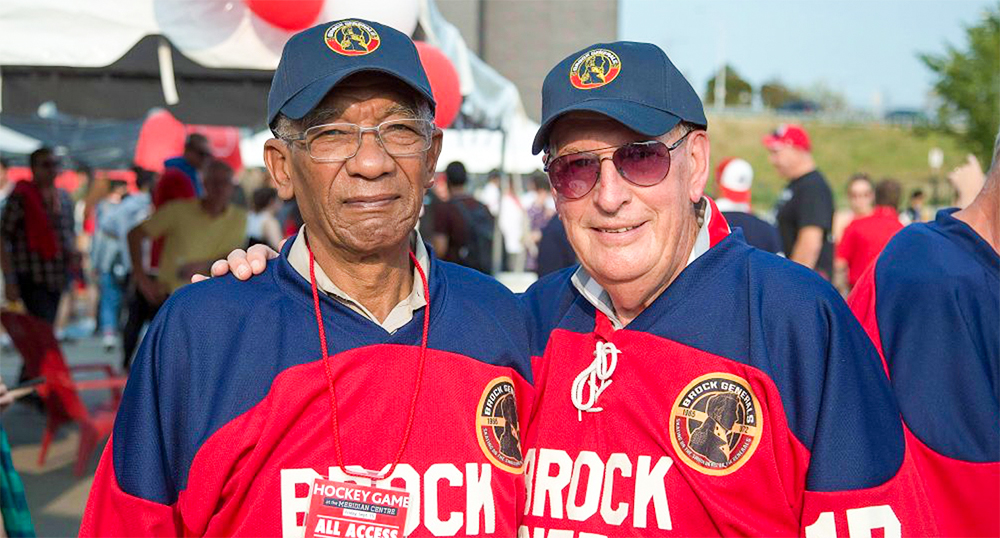 For Brock University alumnus Ed Davis (BA ’72), the desire to make an impact for student-athletes has lingered since his first commitment to the University more than five decades ago.

Recently, some 55 years after his tenure as a Brock coach ended, Davis chose to once again invest in the future of Brock men’s hockey. Through a personal gift, he has established the Ed Davis Scholarship, which will be awarded to incoming varsity student-athletes of the men’s hockey team who are in good scholastic standing.

While the gift will undeniably benefit the advancement of the team and players today, it is thanks to Davis’ earlier investments that there is a men’s hockey program at the University. 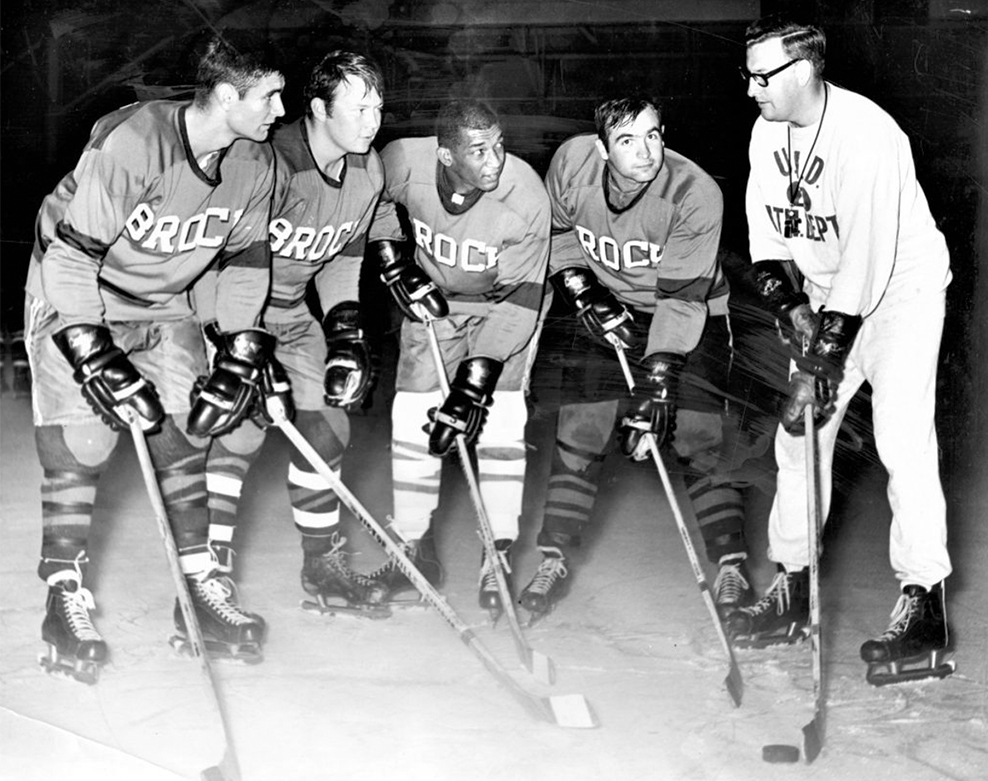 In 1966, Davis stood on the Brock campus — one that would be unrecognizable to most today — and envisioned the future of a men’s hockey team for a University that was just two years old. From that day on, Davis invested his time and skills in establishing and coaching the first-ever Brock men’s hockey team.

Davis had previously played Senior A hockey in Stratford while working on his business and history degree at the University of Waterloo, which he later completed at Brock when his career as a young pharmaceutical representative landed him in St. Catharines.

Davis said he was working one day when the University’s first President, James Gibson, called him.

Not only was Davis instrumental in establishing the program, but he also went on to coach the team for the first three seasons from 1967 to 1969. Davis was also the head coach of the Brock men’s curling team from 1970 to 1975.

After reflecting on his time spent at Brock, Davis said he felt it was time to give back.

“Not only did I get to graduate from Brock, but I got to start a hockey team for the same university,” said Davis. “Who else could say that?”

A successful career in sales meant he took a long hiatus from hockey, but Davis’ ties to Brock never dissipated. He has kept strong connections to Brock sports, faculty and students.

And Brock hasn’t forgotten about Davis’ contributions either. Not only has the men’s hockey Most Valuable Player trophy been named in Davis’ honour since the inaugural season, but Davis was also inducted into the Brock Hall of Fame in 2009.

“Today, Brock has one of the best hockey programs in Canada. The teams have gone from early beginnings at a small university to a tremendous program and it’s nice to be a part of that, in as many ways as possible,” said Davis.

As it looks ahead to National Philanthropy Day on Monday, Nov. 15, Brock is reflecting on the alumni, supporters and donors who have contributed to the prosperity of the University’s campus, programs and athletics.

The Ed Davis Scholarship will be available for student-athletes as early as September 2022 and will live as a tribute to Davis’ dedication to the future of Brock hockey and its players.