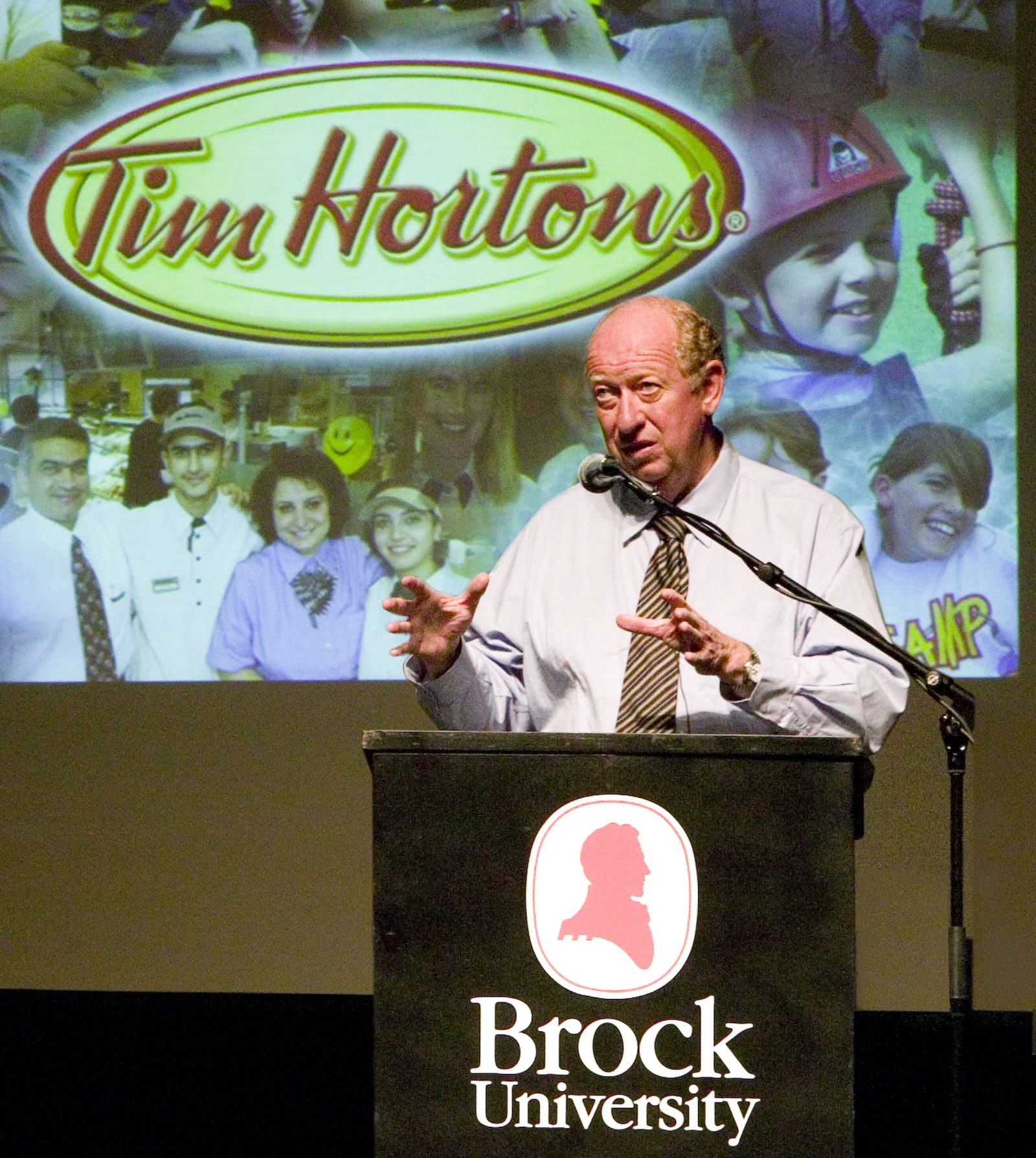 Paul House, who led the Tim Hortons brand for many years and had strong connections to Brock University, passed away Monday, Oct. 25 after battling illness.

During House’s time with TDL, Tim Hortons experienced remarkable growth to become a leader in the food sector while retaining its community roots.

His daughter Marnie Sheridan (BRLS ’00, BEd ’01) and son-in-law Warren Sheridan (BA ’00) attended Brock, and he was part of the Dean’s Advisory Council for the Goodman School of Business from 2005 until 2016.

In 2007, House became Goodman’s inaugural Faculty of Business Distinguished Leader, and, in June 2008, he received an honorary doctorate during the University’s Spring Convocation.

“Paul was a great friend to the Goodman School of Business and Brock University,” said Goodman Dean Andrew Gaudes. “He is remembered as a strong and effective business leader, having had a significant impact on the people and businesses he worked with. More importantly, Paul is remembered as a kind and true gentleman and will be missed by the people who knew him.”

Details for a Celebration of Life will follow. In lieu of flowers, the family is asking that donations be made to the Salvation Army, St. Michael’s Hospital Foundation (Toronto), the Scott Mission or McNally House.