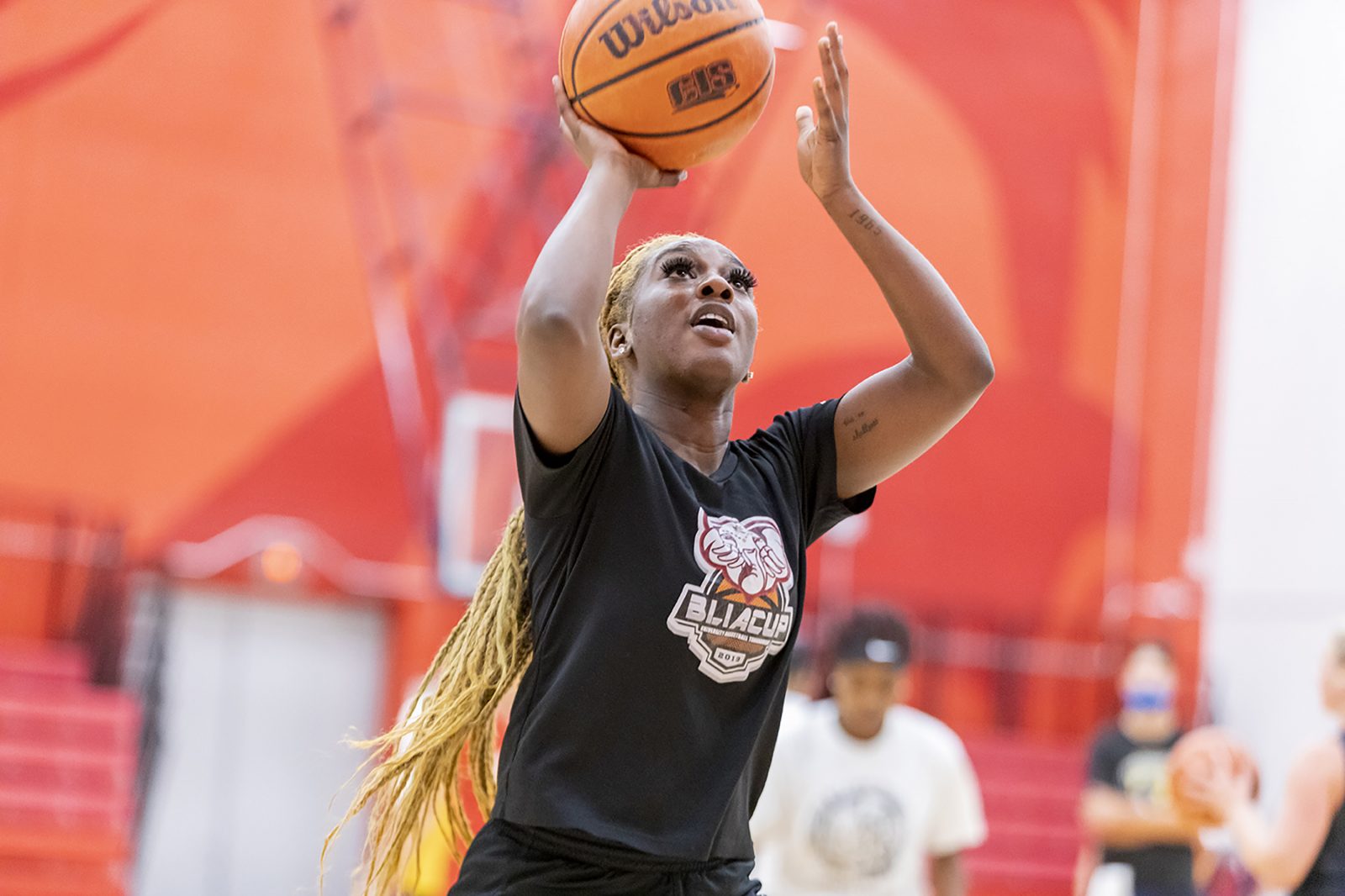 Community is everything to Ivana Twumasi.

It’s the primary driver behind her choosing Brock University and playing for the Badgers women’s basketball team.

A talented shooting guard who previously played in the NCAA and for the Humber College Hawks, Twumasi was impressed by Brock’s Psychology program in the Faculty of Social Sciences and the Badgers’ strong sense of family.

Twumasi is looking to study Psychology with one day helping address the mental health issues in a community near and dear to her heart: her old neighbourhood.

She grew up playing basketball in Toronto and was drawn to a beacon of light, the local Boys and Girls Club, in the at-risk neighbourhood of Jane and Finch.

Twumasi found solace in the Jane and Finch Boys and Girls Club on Grandravine Drive thanks to its supportive community — which includes former NBA player Anthony Bennett — and healthy programming.

She says her dream is to one day use her degree to help at-risk youth.

“I come from a place where people deal with a lot of trauma and have to overlook a lot of mental stress on a daily basis,” Twumasi said. “I would like to help people feel comfortable talking about their struggles and help them live a better life. I’m going to make everyone from Grandravine proud.”

Twumasi played against the Brock Badgers during their 2019-20 Ontario University Athletics (OUA) championship season when she was a member of the Humber Hawks.

Brock invited Humber, who was at the top of their game and on a 10-game win streak in the first half of the Ontario Colleges Athletic Association (OCAA) season, to play an exhibition game at Bob Davis Gymnasium during the holiday break in December.

Brock went on to win the friendly by seven points.

“The one thing that stood out to me the most was how well the girls worked and communicated together. It was strong chemistry,” Twumasi said of the Badgers. “That’s the type of environment I want to be in.”

Brock head coach Mike Rao described Twumasi as an athletic player whose defensive game will transition well into the OUA.

“Ivana provides us a lot of quickness and has enough vision on the court to adapt to our offensive scheme and what we want to accomplish,” he said.

Twumasi led Humber in free throws and was fourth with 12.5 points per game in just 22 minutes a game.

Rao added that Twumasi’s transfer is part of a trend in which student-athletes want to sharpen their game while studying in a supportive setting.

“That’s a culture we have. Brock University is a place where students can go on to do greater things. So we’re doing more than just learning drills and playing games,” Rao said. “It’s a whole conceptual approach that draws them to our school. It’s the idea of becoming a holistic player and person. That hunger is what draws them.”

“I look forward to playing with both Theresa and Victoria. It’s going to be exciting to show the OUA what we’re all capable of doing,” Twumasi said. “What I look forward to the most is seeing how we can bring all these different types of players to the great family environment that Brock already has. We should be unstoppable.”