FACULTY FOCUS: Chelsea Jones finds purpose in the stories of others 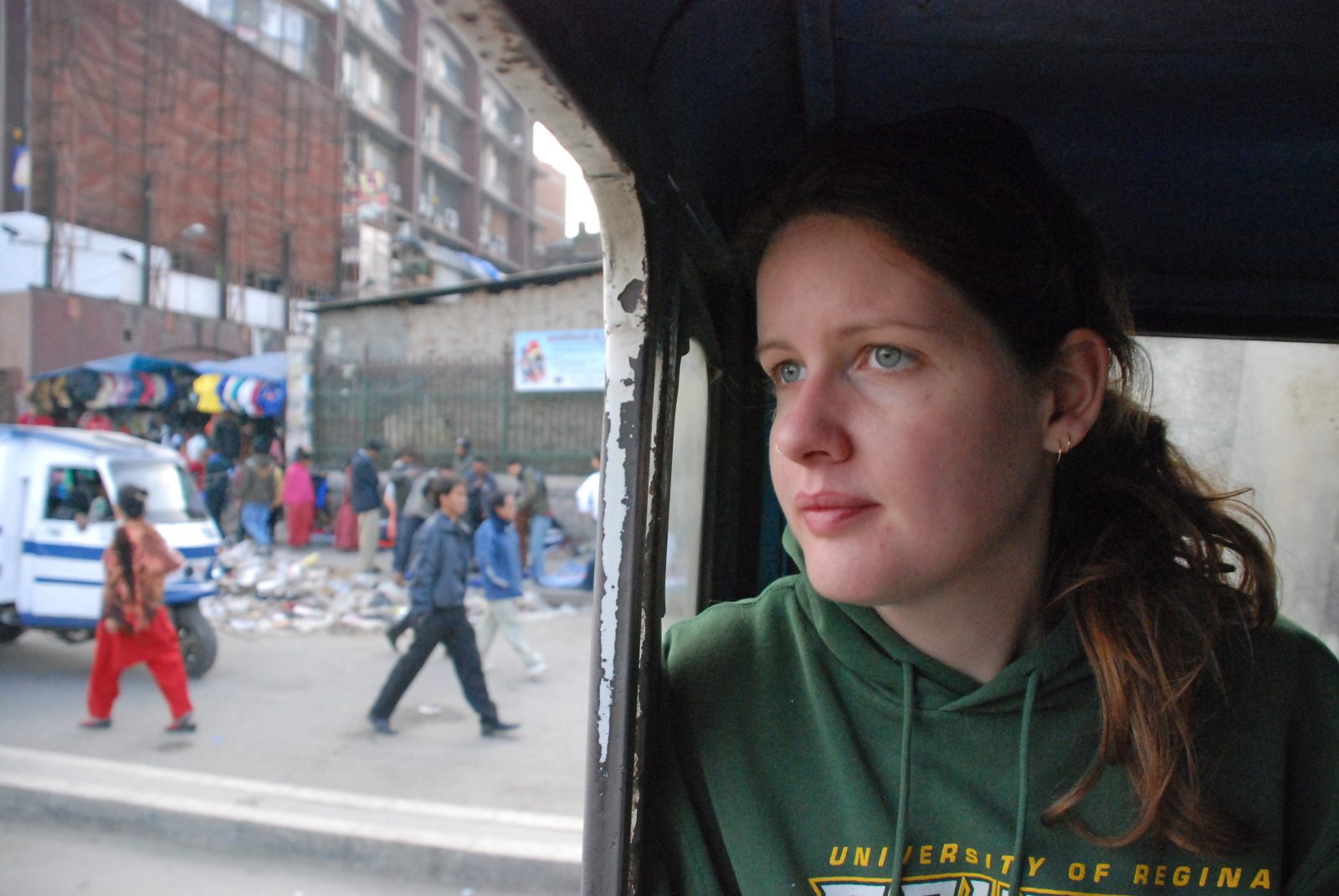 Chelsea Jones has always been enamoured with storytelling.

From childhood fairy tales to hard-hitting news pieces, her love of narratives played a pivotal role in her life growing up and has only strengthened with time.

Now an Assistant Professor in Brock’s Department of Child and Youth Studies, Jones has harnessed that passion, using it to impact the field of Critical Disability Studies.

“As a kid, I had a big imagination and wanted to be a writer,” Jones says. “I just knew that I loved reading stories, hearing stories and telling stories.”

While her friends aspired to become doctors and firefighters, Jones found herself drawn in a different direction — to the library.

Elementary and high school research projects opened her eyes to the world of possibilities that exist in a building filled with books and knowledge. 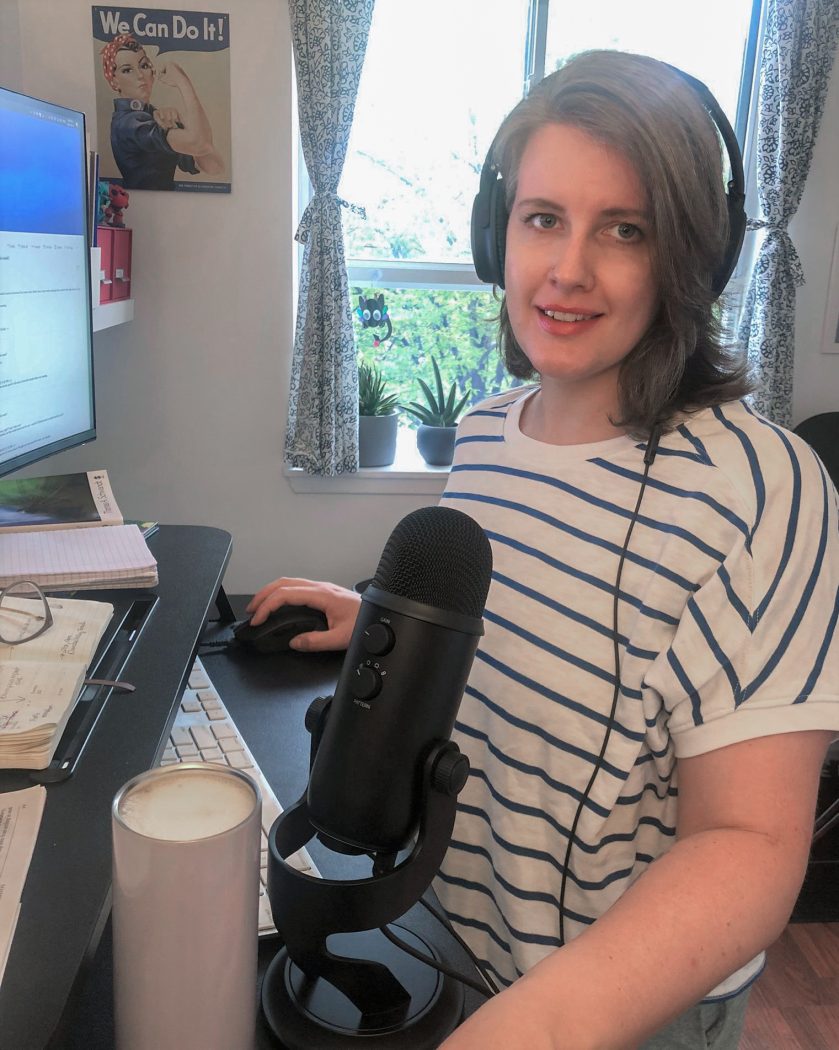 Chelsea Jones, Assistant Professor in Brock’s Department of Child and Youth Studies, uses her journalism skills both in the classroom and while hosting Podagogies: A Teaching and Learning Podcast.

Jones was soon introduced to journalism through a high school class and was immediately captivated. After graduation, the Saskatchewan native further developed her nose for news at the University of Regina.

Although her university experience didn’t take her far from home, it allowed her the space to develop as a storyteller.

“I was accepted into a few different journalism programs at different schools. Some of them were considered more prestigious than the one in my backyard, but I couldn’t really afford to go elsewhere for university,” Jones recalls. “I stayed local for my undergraduate studies and I’m so glad that I did. There was real value in learning your craft in a place where you understand the local stories and the local people.”

Having grown up with a disabled brother, Jones had particular interest in telling stories about disability. As she pressed forward, however, she felt herself “falling into some stereotypical representational tropes of disabled people without initially realizing it,” she says.

This set into motion her mission to learn how to tell stories of disability in a new way.

Jones delved deeper into this concept after graduating with her Bachelor of Arts in Journalism and receiving the coveted Ron Robinson Travel Scholarship, which allowed her to spend a year abroad in Nepal.

“One thing I realized in Nepal is that the ways I had been taught to think about disability and to understand disability were very different than in other parts of the world,” she says. “This is something that Critical Disability Studies is working through and I’m so happy to be working in this field at a time when global disability studies and transnational conversations are part of the picture.”

Jones arrived in Nepal expecting to easily encounter people with disabilities who she could engage on collaborative storytelling.

“I couldn’t physically find them. It took a lot of digging to find these people who were sort of socially hidden away,” she says. “Even though Canada also has historically segregated disabled people, and still does today, it was a real learning experience to go to another place and realize I wasn’t seeing people with disabilities on the streets.”

Once Jones was finally able to connect with people with disabilities in Nepal, she says they were “engaged in a lot of justice activism and resistance that looked totally different than what I had ever encountered.”

“It was really a revelation to be able to witness people engaged in disability justice in ways that I hadn’t seen before in the West and in ways that responded specifically to what they needed rather than this larger idea of what we think disability should be,” she says.

The transformative experience drove Jones to complete her master’s degree in Critical Disability Studies at York University upon her return to Canada. 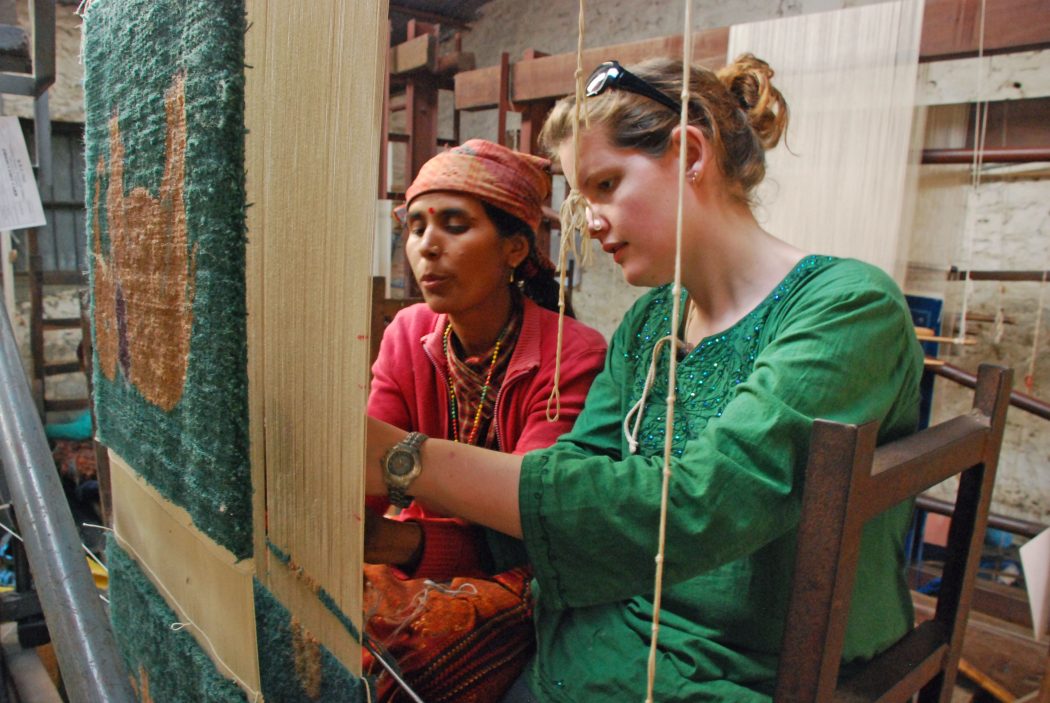 Spending time with community members during her year in Nepal left a lasting impact on Chelsea Jones.

“Once I realized that Critical Disability Studies was the path I wanted to follow, I learned to teach and write in different ways,” she says.

Jones went on to earn her PhD in Communication and Culture at Ryerson University, where she taught for eight years before joining Brock’s Faculty of Social Sciences last year.

By combining Child and Youth Studies with her Critical Disability Studies background, she aims to “engage with students in thinking about disability and disabled childhoods in some new and really exciting ways.”

“It thinks about our many approaches to disability, and it really attends to the generative possibilities of difference among people,” she says. “It’s relational, it’s embodied and it’s deeply critical, because it thinks about the intersections and structural dimensions of our lives and where that comes from.”

Jones says the field’s ever-changing nature and its reliance on the stories of those who are most impacted by it — often people who are intellectually disabled, mad or deaf — has kept her interest piqued through the years.

“Critical Disability Studies is always shifting and always evolving in response to the world. In that way, it always has a place in the world,” she says.

“The stories of lived experiences from those who are most impacted, they are always changing, and they become the authority in the field. I continue to be drawn to the stories that help shape the field.”

While her career has taken her to academia, Jones maintains that journalism has remained at the core of her journey.

“I’ve learned along the way that there are a million different ways to do journalism,” she says.

“Journalism is not always what we imagine it to be, because it’s such a morphing, changing practice that responds to the world. Journalistic storytelling can change forms. It can be academic, it can be casual in the classroom and it can be creative.”

To further encourage her creative side outside of the classroom, Jones also co-hosts Podagogies: A Teaching and Learning Podcast, which explores the work of post-secondary educators who teach students in compelling, innovative and surprising ways.