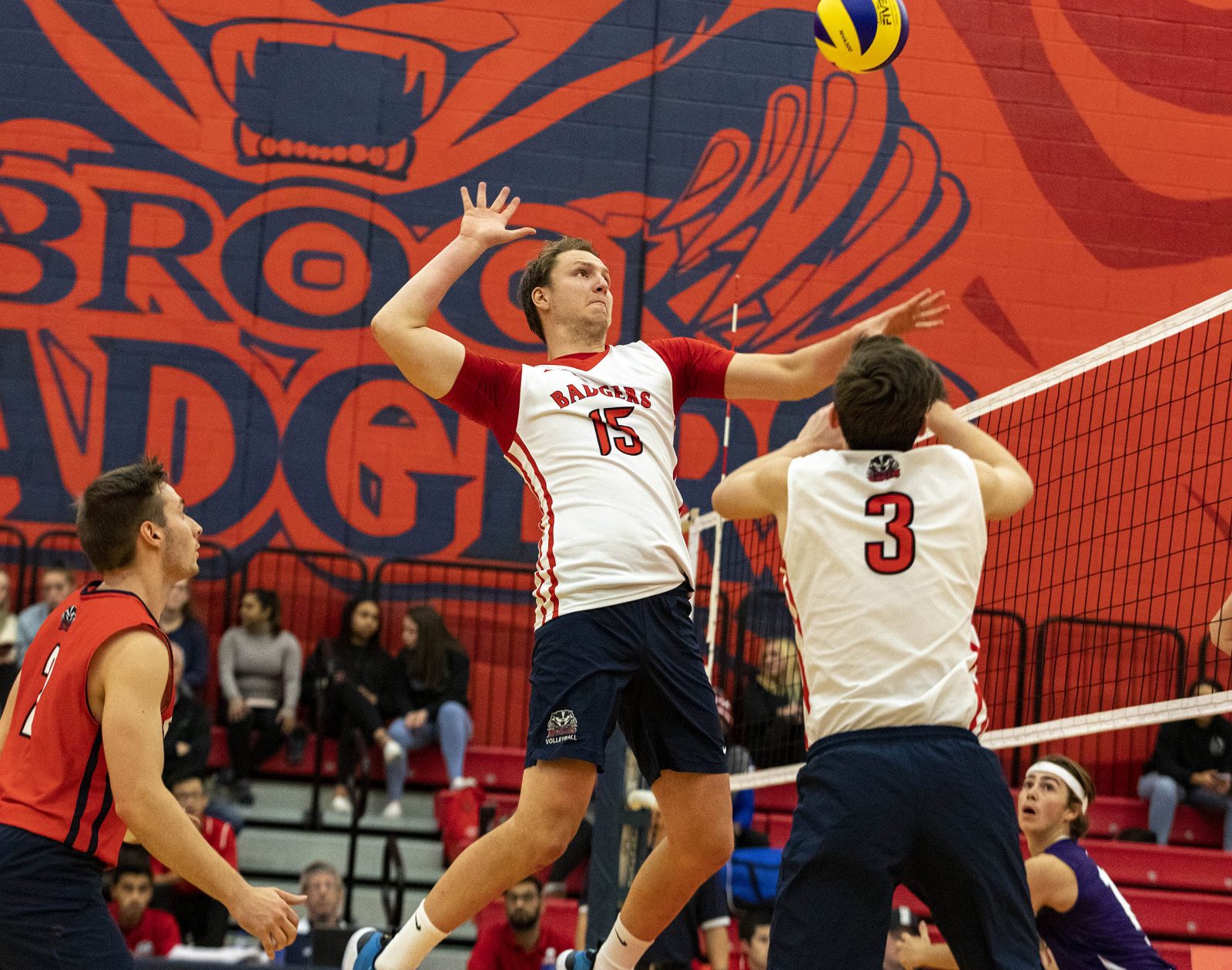 Peter Schnabel (BA ’21) is the first player from the Brock men’s volleyball program to sign a pro contract.

After years of hard work — both on and off the court — Peter Schnabel saw a life goal become a reality last month when he became the first player out of the Brock Badgers men’s volleyball program sign a pro contract.

Two months after graduating from Brock with a degree in Psychology, Schnabel (BA ’21) signed with Austria’s Raiffeisen Waldviertel in August.

The opportunity is a dream come true, said Schnabel, a 6-foot-6 international student-athlete from Merzhausen, Germany.

“It means a lot to me because it was a goal that I had for many years,” he said. “It validates all the time, effort and energy that I put into volleyball. I hope it’s possible that my family, who have supported me from the beginning, can attend and watch games live.”

Like many athletes, Schnabel wasn’t able to compete in his final year at Brock as the COVID-19 pandemic shut down the 2020-21 season.

“Peter didn’t get to play in his final year, but the impact he has had on and off the court for us has been nothing short of amazing,” said Brock men’s volleyball head coach Matt Ragogna.

Ragogna said Schnabel’s arrival in 2017 helped jumpstart the performance level of the team.

“He provided a complete game night in and night out,” Ragogna said. “His consistency and day-to-day habits in the gym provided our guys with a level of expectation and responsibility. On the court, his steady presence and high tactical IQ guided the team to improve each season.”

Schnabel racked up a total of 321 kills in three seasons while competing in Ontario University Athletics, where he was also named a Second Team All-Star for three-consecutive seasons.

“Peter’s impact on our program and with him now going pro elevates the level of our recruits, on-court performance and the culture of the standards our program aims to mould,” said Ragogna.

The highlight of the Zoom gathering was when Schnabel’s coaches and teammates surprised him by having his parents join the call from Germany, despite the time difference.

The thoughtful moment was one of many he’ll miss about his Brock team, he said.

“I’ll miss my teammates the most. I played with some of them since my first year and lived with a few for three years,” said Schnabel. “It’s just an awesome group of guys that made my time here amazing. You practice, workout, travel and live with the guys and create some special connections.”