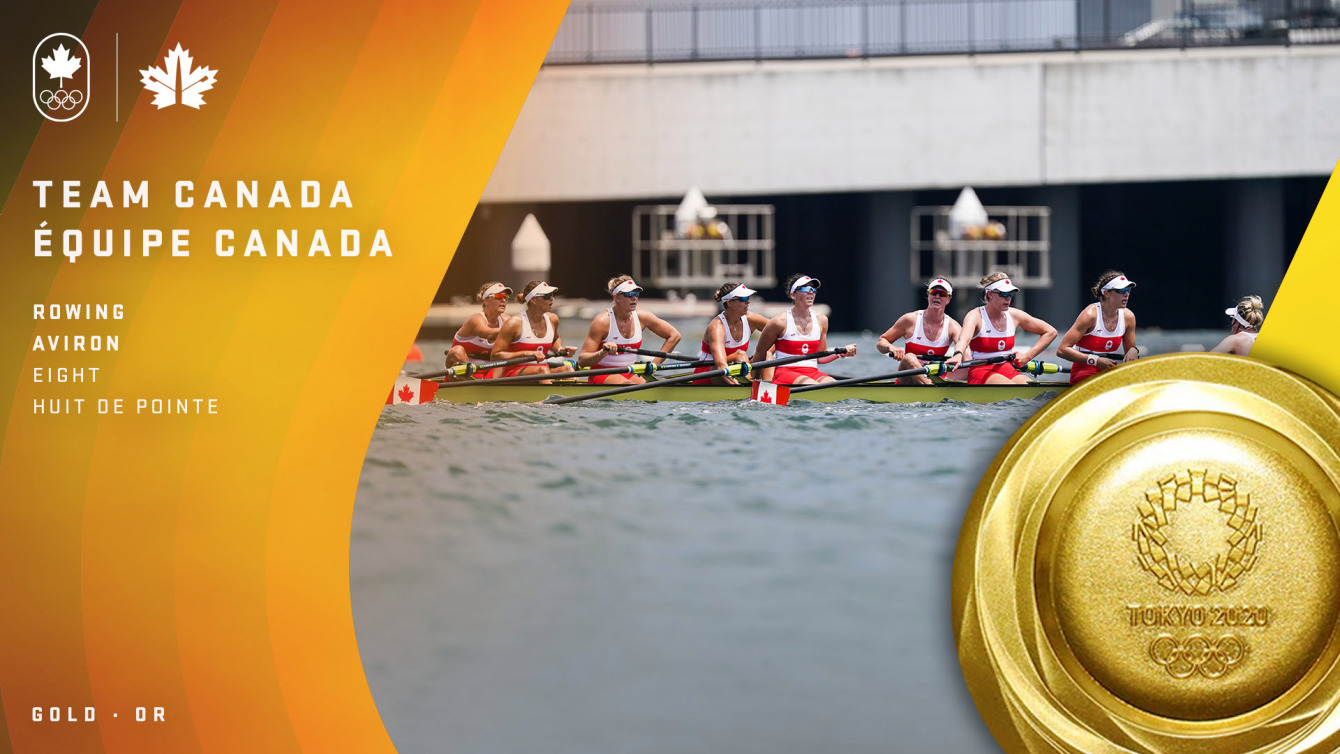 When Faculty of Education employee Janice Kit and her husband Jerry found out they couldn’t go to Tokyo to watch their daughter in the Olympic Games, they went out and bought the biggest television that would fit in their living room.

It was on that television Thursday night that Janice (BA ’85, MEd ’12), Administrative Co-ordinator in the Department of Educational Studies, and Jerry (BSc ’87) watched their daughter Kristen guide the Canadian women’s rowing eight team to a gold medal. 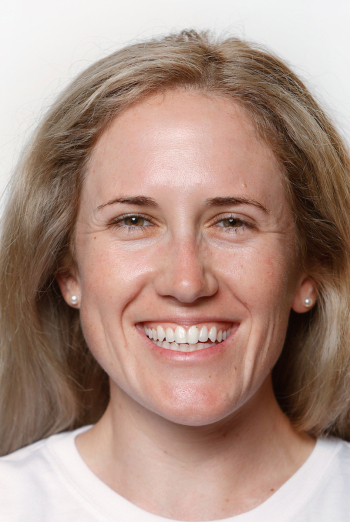 Not long after the team collected its hardware and followed the tradition of tossing the coxswain, Kristen Kit, into the water, the now-gold medalist surprised her parents in St. Catharines with a late-night Facetime call.

“Last night, it was hard to come down and go to sleep and it has just been non-stop today,” Janice said Friday, July 30.

A viewing party wasn’t an option because the Kit family is spread across the country, with Janice and Jerry’s son living in B.C. and another daughter living in Saskatchewan.

After rowing for Sir Winston Churchill Secondary School and the St. Catharines Rowing Club, Kristen rowed at the University of British Columbia and now lives in Victoria.

Although Tokyo was her first Olympics, Kristen has raced on the world stage for more than a decade. She has won nine medals in either World Cups or World Championships and went to the Paralympics in 2012 and again in 2016 serving as a coxswain in four-person, mix-gendered boats. At the Rio Paralympics, she won a bronze medal for Canada.

While Janice and Jerry were in London for the 2012 Games, they had to skip Rio because Janice was dealing with an injury. That made missing Kristen’s gold medal moment Thursday night even tougher.

“To have these monumental moments and not to be there in the moment, it’s a bit somber. But we just made the best of it,” Janice said.

The good news is Kristen has a layover in Toronto on her trip home from Tokyo to Victoria, so her parents plan to visit her at the airport Saturday afternoon.

“We can’t wait to hug her,” Janice said.

Having worked at Brock in several departments since 2000, Janice is set to join her husband as a retiree in April 2022. The pair plan to move to Victoria to be closer to their children.