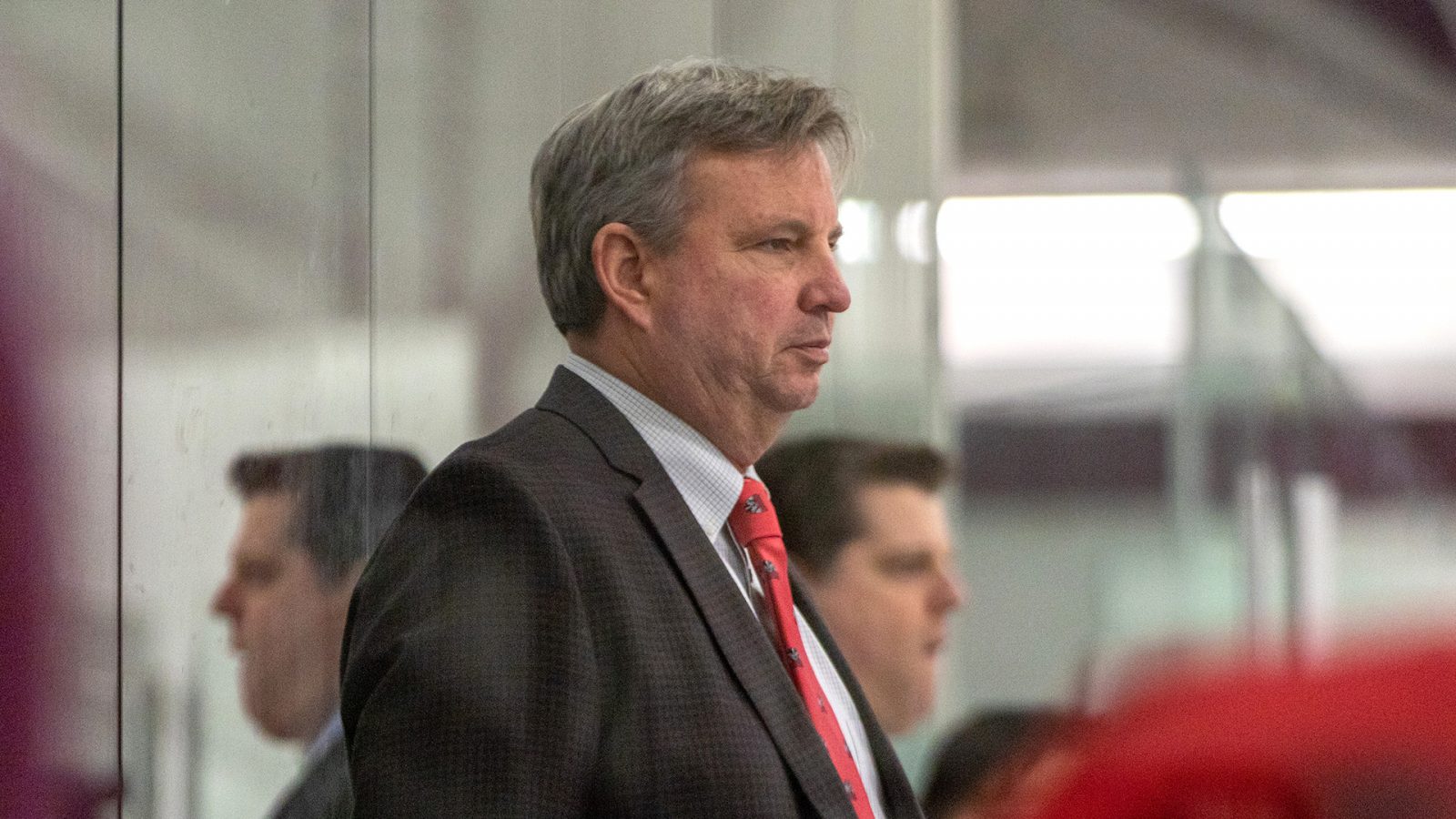 Marty Williamson has stepped down as head coach of the Brock men’s hockey team to accept a new role in the Ontario Hockey League.

With the opportunity to head back to the Ontario Hockey League (OHL), Marty Williamson is stepping down as head coach of the Brock men’s hockey team.

The Barrie Colts announced Tuesday, July 27 that Williamson has accepted a new role as the OHL team’s head coach and general manager. He will, however, remain affiliated with Brock University as head scout of the Badgers men’s hockey team.

“I want to thank Marty for his leadership in university sport over the past four years,” Melissa Krist, Director, Brock Sports said. “Marty has made a tremendous impact on the Badgers program during his tenure, and I am very pleased he will continue to be part of the Badger family serving as head scout.”

Williamson joined Brock in 2017 and quickly made an impact in his first season as head coach.

The Badgers skated to the Queen’s Cup final and their first appearance at the U SPORTS National Championships in 10 years during the 2017-18 campaign. In his second season, Williamson and the men’s hockey team recorded a school-record 19 wins (19-5-4-0) and reached the second round of the OUA playoffs.

“Brock is a wonderful institution. For a coach, it’s like you’re on two special teams,” Williamson said. “The hockey team and the players are fantastic, and then there’s a great group of individuals at Brock University that make up a second team that you’re a part of, and they’re always looking to support you and want you to succeed.”

Williamson was named Ontario University Athletics (OUA) Coach of the Year twice during his three seasons with Brock and exits with an overall record of 47-26-9-2, including three consecutive trips to the post-season.

“University hockey is the next step for high-calibre players,” Williamson added. “I’ve always viewed it as a unique opportunity as a coach because you’re helping these guys in their career path and next phase of their life, whether it’s in the work field or on the ice.”

Forrest, a Toronto native, joined Brock in August 2018 and served as an assistant coach for the past three years.

Forrest started coaching in U SPORTS with the York Lions men’s hockey team as an assistant coach and head coach from 2005-08.

Forrest graduated from the University of Windsor with a degree in Sociology and Criminology, and also played for the school’s varsity men’s hockey team. He went on to play professionally with the Basingstoke Bison in the United Kingdom.

The Brock Badgers will kick off their 2021-22 season Nov. 4 in Toronto against Ryerson.