A passion for parkour led Goodman grad to China 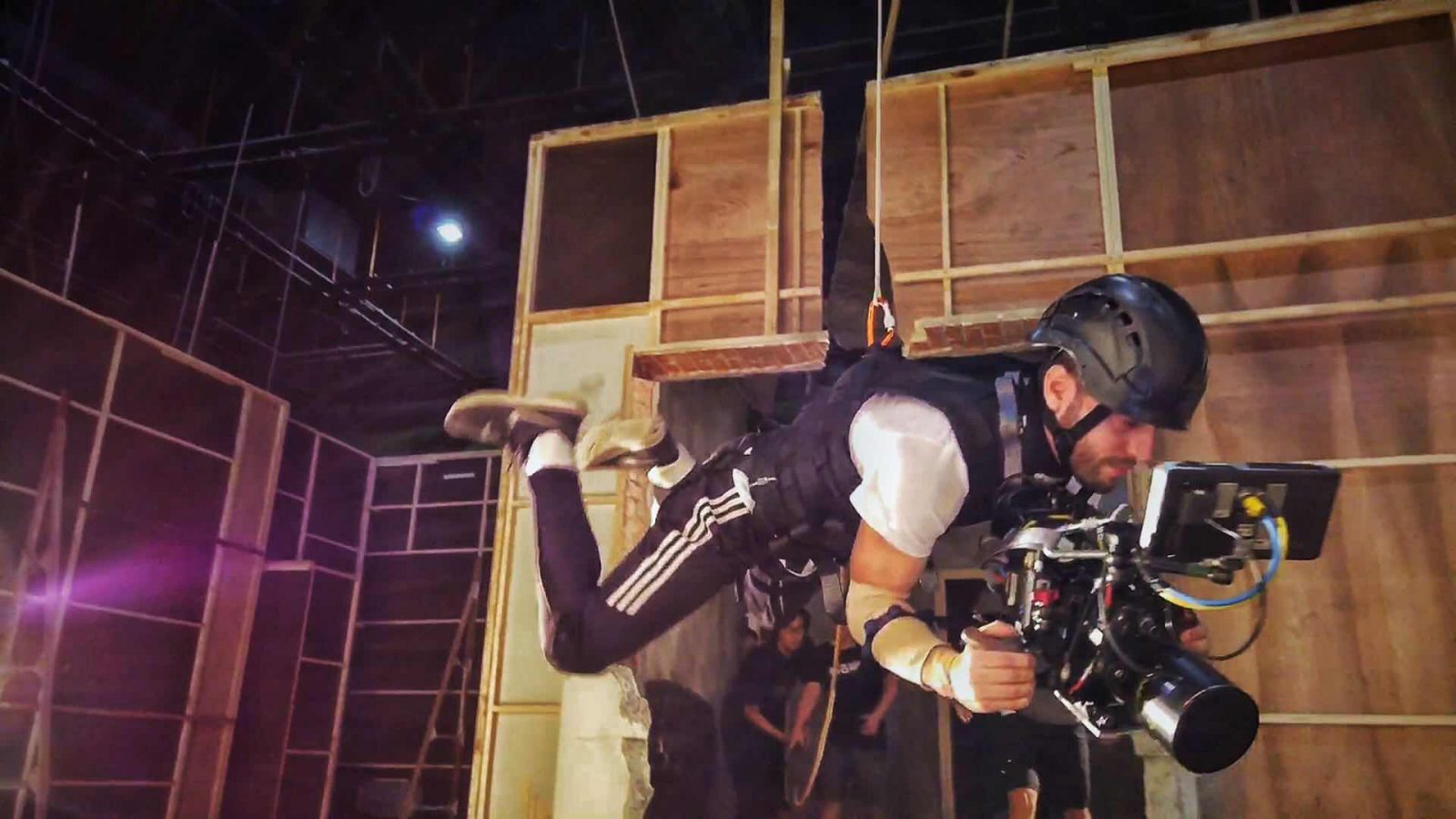 Kyle Shapiro (BBA ’09) didn’t grow up dreaming of being a stuntman.

Nor did he think he’d speak Mandarin or live on the other side of the world pursuing his passion.

When Shapiro enrolled in Brock University’s Business Administration program in 2005, he wasn’t even sure what he wanted to do with his degree.

But a few years before starting at Brock, Shapiro discovered parkour, a sport involving travelling from one point to another in a complex environment using running, jumping, vaulting, climbing, swinging and other movements in the quickest and most efficient way possible. 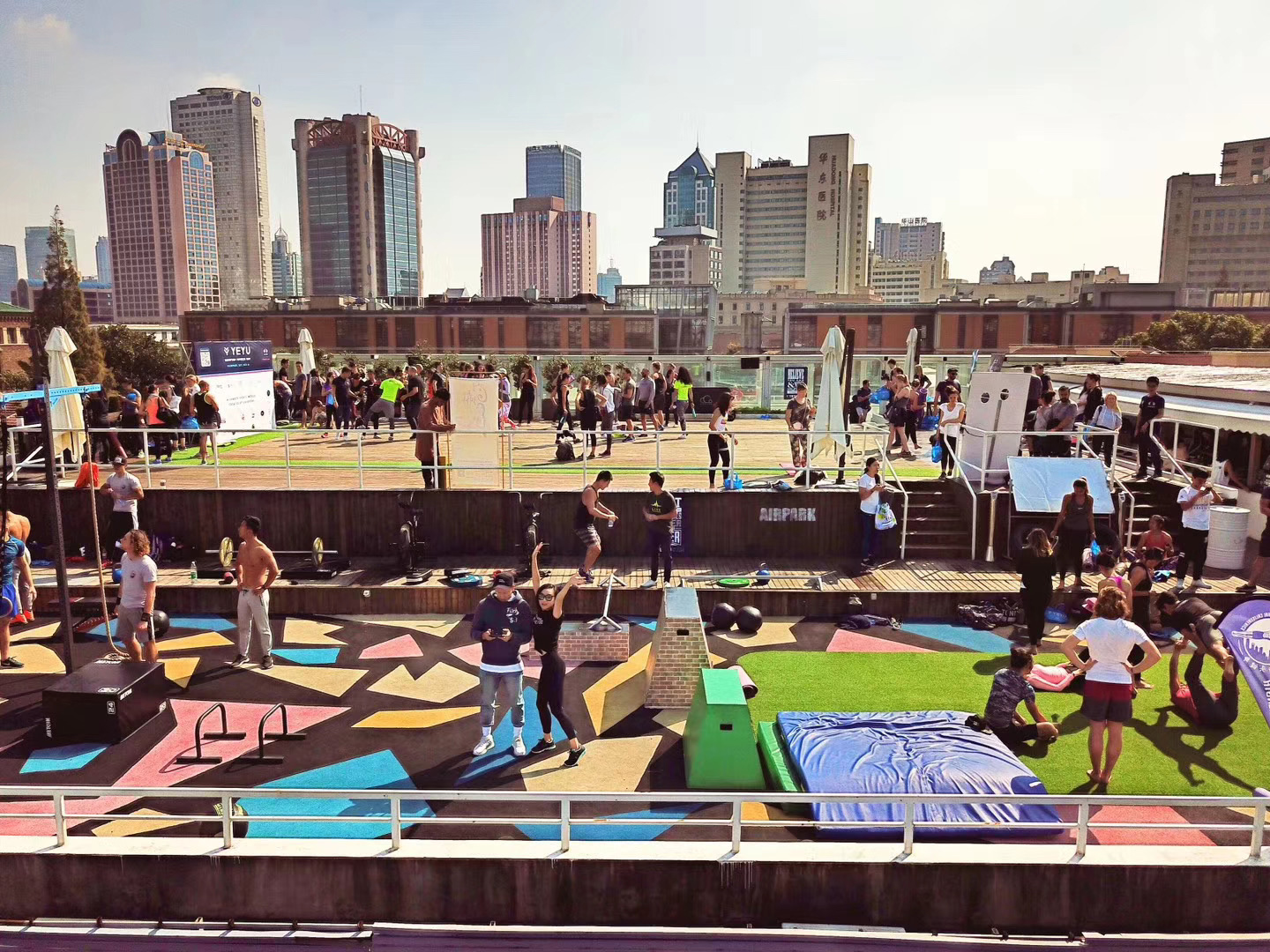 He continued to develop his interest in parkour while at the University, which led to managing the local parkour community and forming partnerships with gymnastics venues to run weekly training sessions.

“One step after another, and it just kind of grew,” he said.

So, too, did his connection with China.

During the summer of his second year, Shapiro travelled to DengFeng near Zhengzhou, home to numerous Kung Fu schools, to practise martial arts. Using the connections he made there, he developed a sports equipment importing business when he returned home to Canada.

The following year, Goodman’s international office contacted Shapiro with a proposal: the School was developing a relationship with Shanghai University. Would he be interested in doing a four-month exchange? He was. He headed to Shanghai before classes started to reconnect with the martial arts community. He also met his future business partner.

Shapiro finished his degree at Brock, graduating in the midst of the Great Recession. There were few jobs in business he was interested in pursuing. Meanwhile, a friend introduced him to a stunt co-ordinator in Toronto who needed a stunt double to do parkour for a TV series.

“He told me I could make a living doing stunts,” Shapiro said. “It was never my plan, just an opportunity in the moment that I didn’t think of until it was presented to me.”

That experience led to a film opportunity in Shanghai. So, in 2010, he returned to China. He continued stunt acting in films for two years and then developed an informal stunt and parkour team to hire for stage performances and films. He also reconnected with his future business partner. 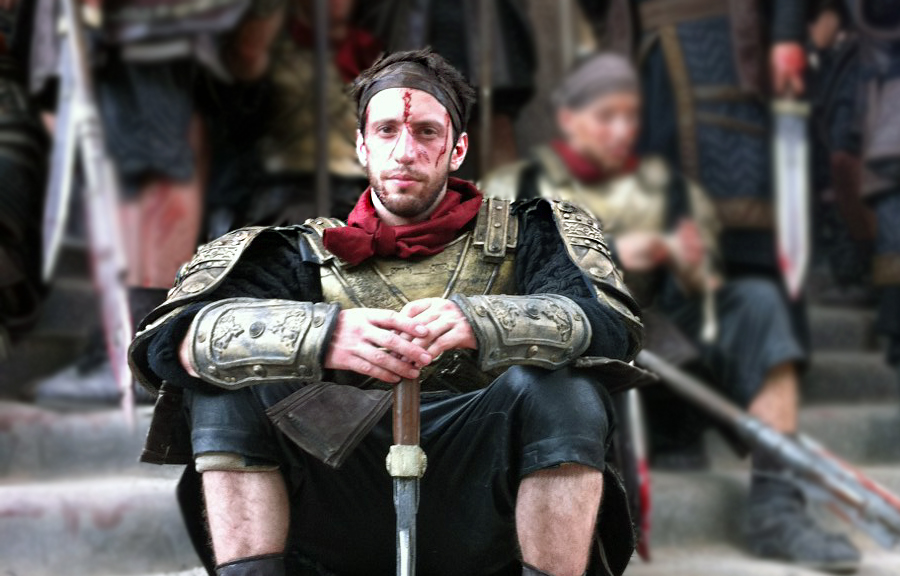 Brock alumnus Kyle Shapiro in costume on a movie set.

Together they invested in a venue and created an official company, LINK Parkour, in 2013 that managed sports and stunt teams for performances, competitions, film and entertainment. It soon grew to include sports coaching programs, opening its first parkour facility in 2015. Since then, LINK Parkour has added more facilities and hosted parkour competitions.

Shapiro and two business partners now manage a team of seven employees across three business divisions. They own and operate several sports facilities that offer parkour and movement-related training; they train and represent professional athletes for sports competitions or stunt work in commercials and film; and they service other sports facilities by designing their venues, developing their parkour fitness and coaching programs, and training their instructors. The company also continues to host professional and amateur competitions, and has ventured into facilitating birthday parties, school programs and youth sports camps.

Shapiro credits his time at Brock with giving him the skills to both build and manage a multi-faceted business.

“I feel a lot of what I do in project management and operations can be linked to my time in Brock and on exchange,” he said. “If I hadn’t come to Shanghai in 2008, I would not have met my best friend and current business partner. From there, it just grew and grew to what it is now.”

The only aspect of his business that’s slowed down is Shapiro’s own work as a parkour-performing stunt double.

“I’m getting older, and as it takes longer now for recovery, I need to be more and more careful with my body,” he said. “I can’t just throw myself around like I used to.”