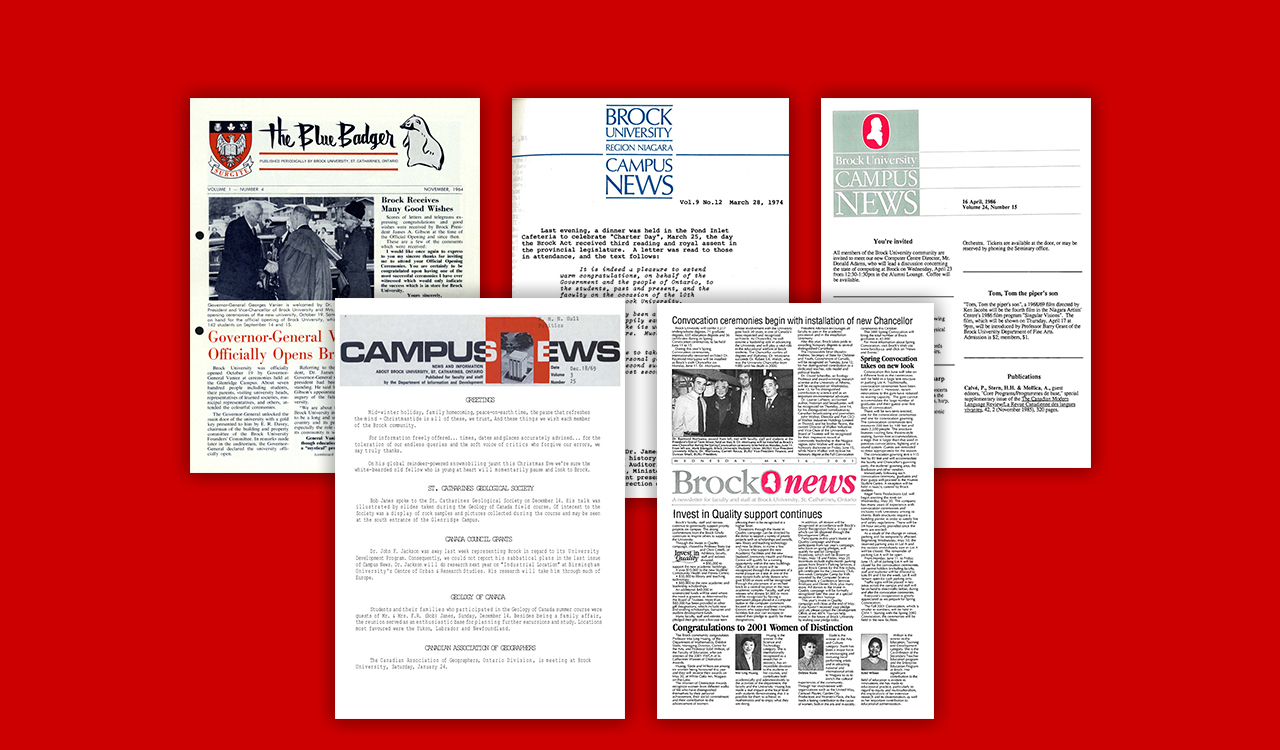 A new online exhibit by Brock's Archives and Special Collections focuses on the history of the University's newspaper.

Its name may have changed over the years — first The Blue Badger and then Campus News, before its latest rendition — but the mission of The Brock News has always remained the same.

With its first issue released in October 1964, Brock’s newspaper was created to tell the stories of the University community.

Over the coming decades, it would document significant milestones in the University’s history, from the opening of campus buildings to the appointment of many familiar names to Brock’s senior leadership.

The Brock Library’s Archives and Special Collections recently launched an online exhibit on the history of the newspaper, diving into its origins and some of its more high-profile coverage over the years. 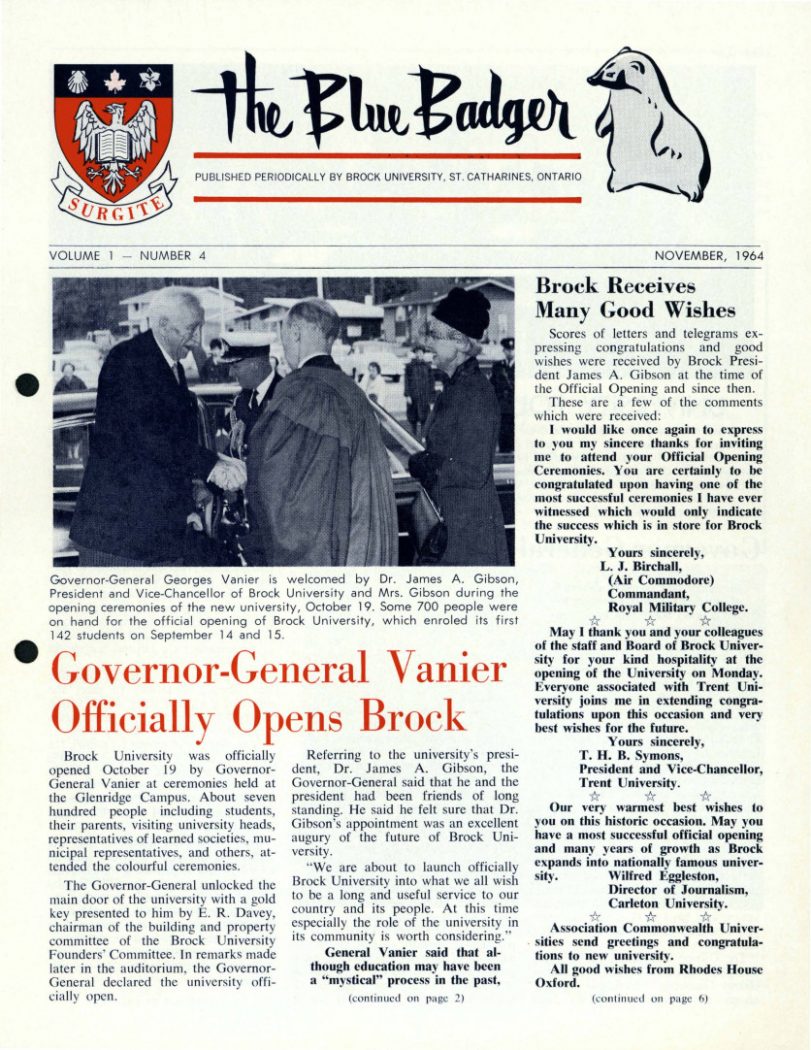 With its first issue published in October 1964, Brock University’s newspaper began as The Blue Badger.

In addition to highlighting print articles and photos from various Brock milestones, the exhibit includes copies of the newspaper throughout the decades that viewers can read to learn about what was happening at the University at any given time. It also touches on the newspaper’s 2009 transformation from a print product to an online-only format.

“The exhibit is a great opportunity to showcase all of the newspaper material we have in the archives but to also shine a light on the history of the University itself,” said Digital Resource Assistant Shauna Ribaric (BA ’03), who was responsible for the project. “It’s really astounding how far Brock has come from just a few hundred students to nearly 19,000 today, and you can see that evolution through these materials.”

Matt Terry, Brock’s Director of Marketing and Communications, whose department oversees the production of The Brock News, said the digital archive is an important tool for the whole community.

Though Ribaric, a Brock graduate, has spent the past 20 years studying and working on campus, the project offered her a new perspective on aspects of the University’s history.

She found it particularly eye-opening to learn more about the influential community members whose names Brock’s buildings carry.

“You don’t always think about the people behind the names when you’re walking into Arthur Schmon Tower or Robert S. K. Welch Hall,” she said. “These buildings kind of become representations of the people who’ve had so much to do with the history of the University. That really hit home for me because you hear these names day in and day out, and this was an opportunity to highlight those individuals.”

While the exhibit offers “snapshots in the history of Brock University,” Ribaric stressed there is “still so much for people to discover.”

“There’s so much history buried in all those issues of the newspaper in the archives.”

With Archives and Special Collections currently closed due to measures related to the pandemic, staff have been hard at work digitizing materials to make them accessible to the Brock community, as well as the general public. With that has come the creation of several digital exhibits now permanently available online.

“These digital exhibits allow us to reach as many people as possible, not only faculty, staff and students, but the community at large,” Ribaric said. “They provide a glimpse into the many high-quality resources available in the archives.”

The increased accessibility has been warmly welcomed by the community and staff have enjoyed the public engagement that has been experienced as a result, she said.

The digital exhibit on Brock’s newspaper is available here.