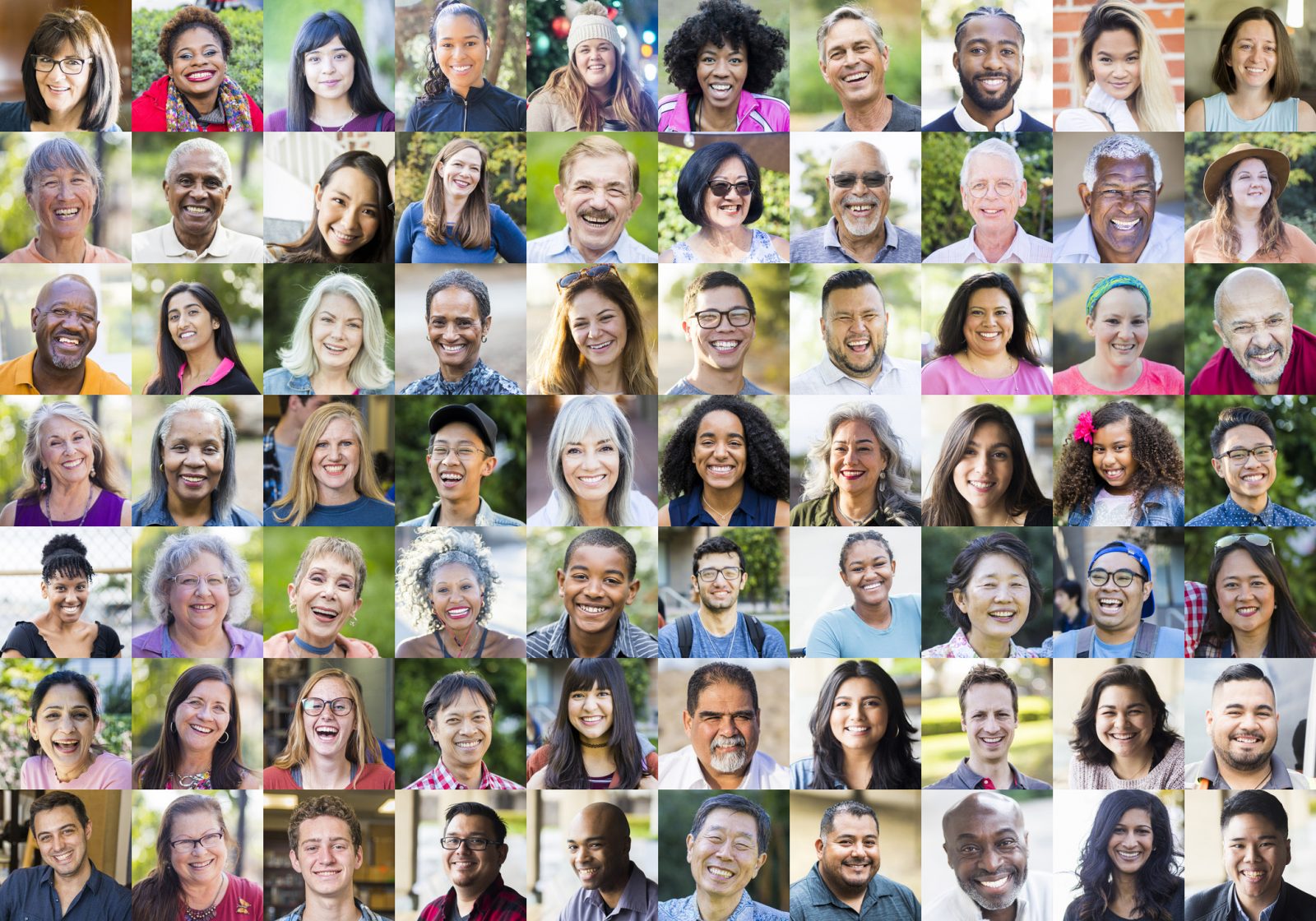 The public is invited to learn more about how face perception shapes behaviour at a free public webinar hosted by Brock's Lifespan Development Research Institute on Thursday, April 29 at 12:30 p.m.

At a time when many of the faces we encounter are either covered by masks or seen only on a computer screen, a Brock event will shed light on how people see others in their daily lives, and why it matters.

One’s ability to recognize faces, as well as first impressions based on perceptions of faces, will be the subject of “Why Faces Matter: Recognizing People and Forming First Impressions across the Lifespan,” a free public webinar hosted by the Lifespan Development Research Institute on Thursday, April 29 from 12:30 to 1:30 p.m.

Professor Catherine Mondloch in the Department of Psychology will be joined by PhD student Claire Matthews (BA ’15, MA ’17) and master’s students Sophia Thierry and Anita Twele to discuss findings from their work in Mondloch’s Face Perception Lab.

After Mondloch provides a broad overview of face perception research, Matthews will talk about her research into how young children recognize new faces, a skill that can affect their social interactions.

“It’s really easy to recognize familiar faces, but even for young adults it’s quite difficult when we don’t know someone,” Matthews says. “How do we build up that familiarity and get to a point where we can recognize someone?”

Matthews, who previously completed work on how adults perceive faces from other races as part of her master’s research, says that life experience plays a key role in one’s ability to recognize faces, and that people overestimate their ability to recognize others most of the time.

“In our daily life, we rely on recognizing faces to verify identity — showing an ID card to buy alcohol or cross the border, for example — and there is this assumption that we can accurately tell if that is the person standing in front of you,” says Matthews. “People don’t realize just how difficult it is, even though it might seem like a simple skill. Understanding how this ability changes across the lifespan is critical.”

Thierry and Twele will speak about their work on how strongly first impressions can affect behaviour toward children and older adults.

Mondloch says their studies may surprise the audience, as they show just how much of an impact first impressions can have on behaviour.

“If, for example, two individuals are running for office and you ask people who have no idea who these candidates are to decide which of them looks more competent, those judgments predict who’s going to win the election,” says Mondloch. “If you ask children which of the politicians they would rather have as the captain of their ship on a voyage, their selections predict the election outcome, too.”

Twele’s work looks at how older adults are perceived in first impressions and how this can impact individuals who are already vulnerable.

“The judgments we make when we first see someone’s face — whether we think they are friendly, for example — often affect our behaviour in ways that we are not aware of,” says Twele. “These personality judgments from faces also influence others’ behaviour towards us in very important ways, such as the priority we are given in emergency health-care settings. We are trying to understand how we can limit the negative ways in which impressions cause us to act towards others.”

Thierry’s work looks at the social consequences of how adults perceive niceness in children’s faces. In a study completed for her master’s thesis, adults were shown photographs of children near a tower of blocks and asked to decide if a child was being helpful or destructive, in order to determine how facial cues influenced how adults perceived and interpreted the scene.

“Children with faces rated high in niceness are more likely to be perceived as helping and those rated lower perceived as most likely destroying the tower,” says Thierry. “I think it is surprising just how powerful these facial cues are at biasing adults’ perceptions of children.”

The researchers also note that while people can’t stop themselves from forming first impressions, they can choose how to act.

“These things happen deep in the brain, within 100 milliseconds, so we are always going to form first impressions,” says Mondloch. “But if people are mindful of that, maybe we can hit pause before we act on those first impressions.”

The “Why Faces Matter: Recognizing People and Forming First Impressions across the Lifespan” webinar is free to attend but advance registration is required.

Mondloch also encourages members of the community interested in participating in research at the Face Perception Lab to register with Growing With Brock, or to contact the lab for more information on current studies.

She notes it will be an exciting summer in the lab, not only because of the ongoing virtual research taking place, but also because Matthews, Thierry and Twele will all defend their theses in the coming months, with Matthews completing her PhD and Thierry and Twele both finishing their Master of Arts in order to start in the Psychology PhD program at Brock next year.