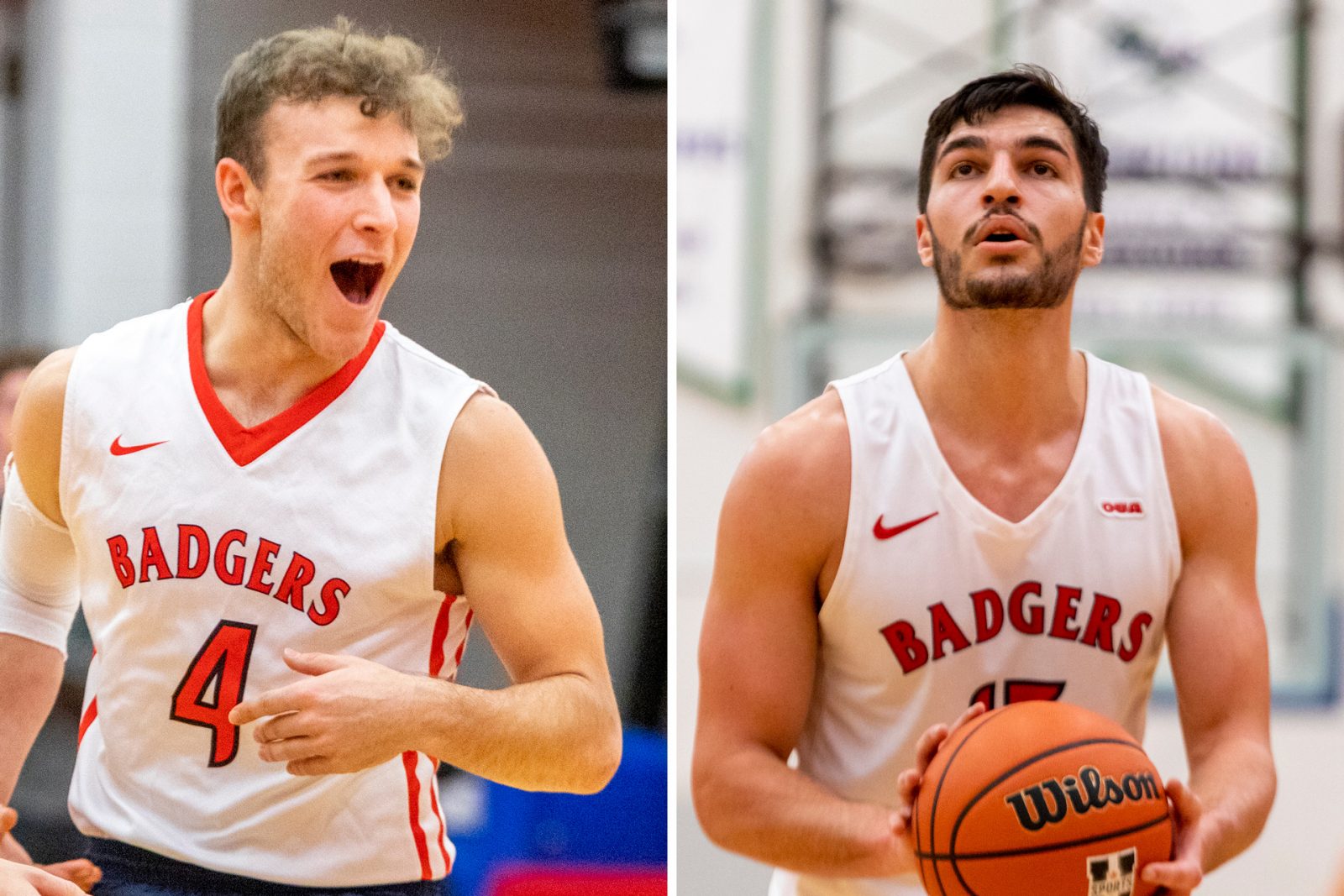 A pair of Brock University student-athletes are humbled and honoured after being recognized with a special award close to the heart of the Brock Sports program.

Named in honour of a Brock student-athlete who tragically lost his life in a car crash in June 2001, the Jason Pearson award is given annually to two recipients who not only have athletic and academic ability, but also exhibit the same warmth of personality, concern for others and positive attitude for life as did Pearson.

This year’s recipients, Cayer, a fifth-year forward from Pierrefonds, Que., and Kalef, a third-year libero from Nepean, Ont., both study Sport Management and are considered leaders among their respective varsity teams.

“Daniel and Ethan represent what it means to be a Badger. They are a great reflection of Jason’s legacy and exemplify what the Jason Pearson Memorial Scholarship stands for,” said Emily Allan, Interim Director, Brock Sports. “We would especially like to thank the Pearson family, as these scholarships are a bright spot in such difficult times.”

Pearson studied Physical Education at Brock from 1998 until his death and was a multi-sport athlete with the Badgers’ basketball and volleyball teams. He was a key member of the Positive Active Living for Students (PALS) program at Brock and aspired to become a teacher back in his hometown of Guelph once he completed his studies.

Receiving the Jason Pearson Memorial Scholarship means everything to Cayer in his last year at Brock.

“It’s an honour to be selected for any award let alone this one, because it represents someone so special to Brock Sports,” said Cayer, who also earned the award in 2018. “Having the opportunity to represent someone who impacted the University in such a positive way is what I hope I’ve done throughout my five years as well.”

Last March, Cayer was one of four Badgers selected in the Canadian Elite Basketball League (CEBL) Draft. He was fourth in the Ontario University Athletics with 10.1 rebounds per game. He finished third in total rebounds (222) and defensive boards (147) in 22 games for Brock.

Kalef, who was named to the OUA all-rookie team during his first season, finished third on the team with 81 digs during his second season with the Badgers in 2019-20. He finished seventh in the province among liberos with 1.56 digs per set.

“I am incredibly honoured because the volleyball team is filled with great, unique and hardworking individuals,” said Kalef. “For my name to be chosen out of such a group to represent Jason Pearson, a tremendous leader and friend to so many people at Brock, makes me feel like I am going to be able to make an impact on others, and be a positive community leader following in his footsteps.”