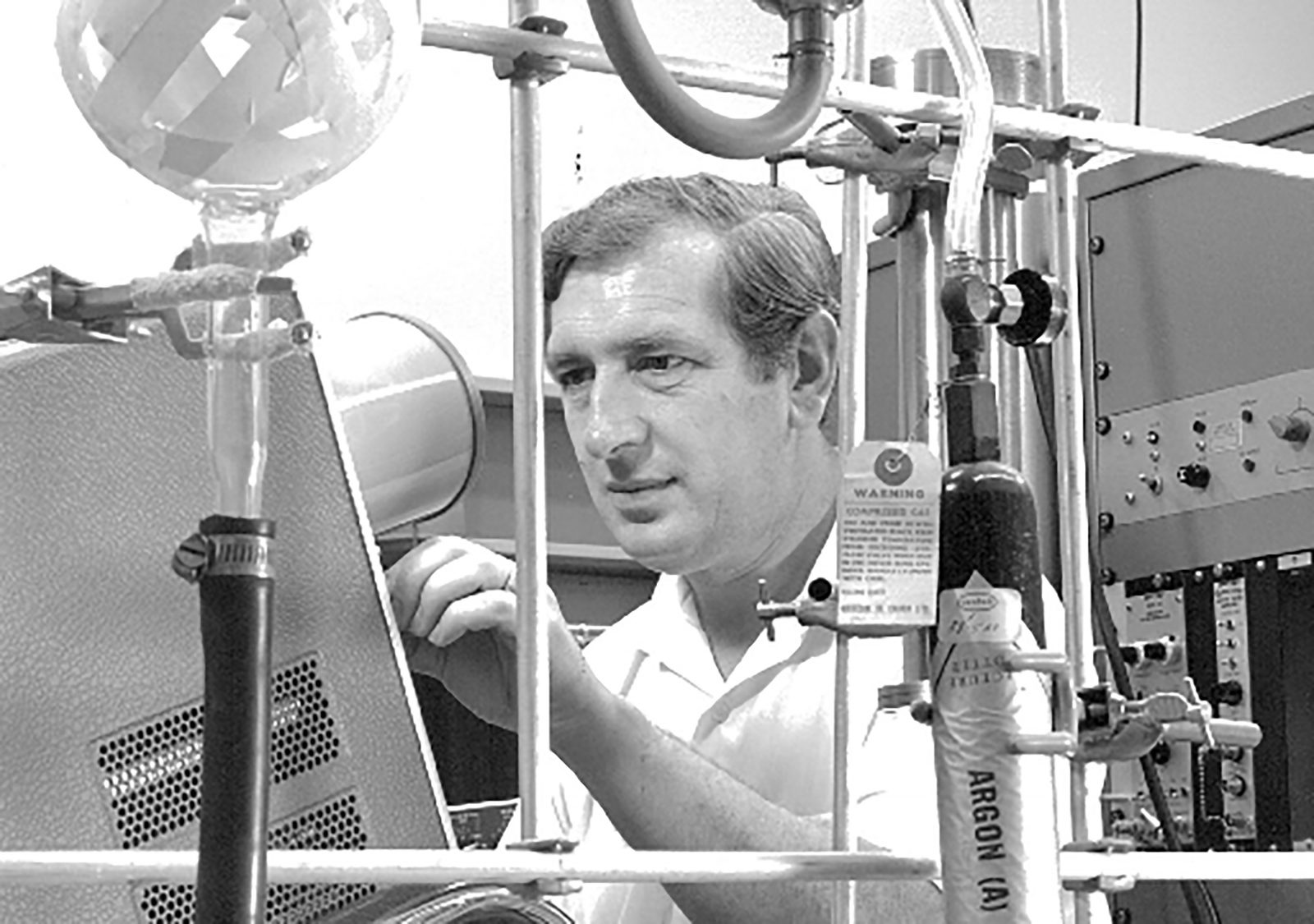 Former Physics Professor John Moore is pictured in a Brock lab in 1969. Moore passed away on Wednesday, Dec. 9 at the age of 87.

The Brock community is mourning the passing of former Professor of Physics John Moore, who passed away Wednesday, Dec. 9 at the age of 87.

Moore completed his PhD in Nuclear Physics in England in 1958. In the following years, Moore and his wife, Laura, lived in England, the U.S. and throughout different provinces in Canada before settling in St. Catharines to begin his career at Brock.

Moore created a lasting legacy throughout his time in the Physics Department at the University. Joining Brock in 1967, he was one of the Department’s experimental physicists until his retirement in 1993. He served as a Chair of Physics from 1973 to 1976 and from 1990 to 1993.

He was one of the creators of the Physics curriculum still used at Brock today, introducing foundational courses in quantum mechanics and modern physics. Moore was responsible for the design and operation of various experimental labs, leaving behind significant achievements with his expertise in nuclear physics and electronics.

In 1997, the Laura and John Moore Bursary was created by the Moores to help support future generations of Physics students. The award is given out annually to an Honours Physics or Mathematics and Science student entering third or fourth year at Brock.

After his retirement, Moore enjoyed spending his days alongside family and friends, wood carving and travelling.

A celebration of life will take place at a later date in England. Online condolences and memories may be shared at pelhamfuneralhome.ca

In lieu of flowers, donations can be made in Moore’s honour to Parkinson Canada.